The military balance in northern Syria 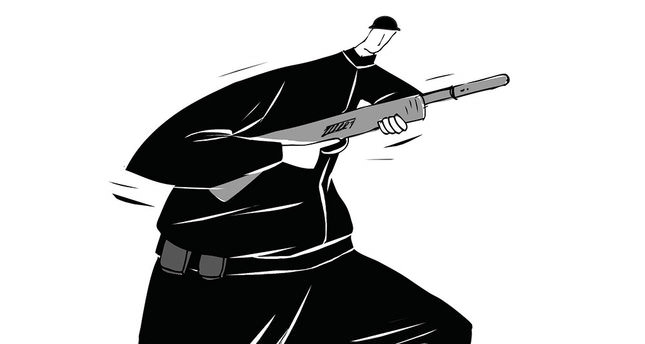 The main conflict dynamic on the Northern Syrian front is the struggle between the opposing groups. Basically, there are three fronts. For the time being, the strongest group is the Islamic State of Iraq and the Levant (ISIL). After ISIL, there are the Kurds who control about one third of the northern Syrian line. The Kurds are strong in the cantons they have declared in Jazeera, Kobani and Afrin, and they can stop other forces from entering these areas where the People's Protection Units (YPG), which are often referred to as the official armed wing of the Kurdish Democratic Union Party (PYD), are in control. The YPG has ceased fire in the Kurdish areas and announced that they will remain in a defensive position to focus on strengthening political, military and economic infrastructures and stay out of conflict. However, in the long run, with the aim of combining the three-part Kurdish areas into one, the PYD can be expected to head towards the areas of Tel Abayad and Azaz-Jarabulus. The third front is the alliance among the al-Nusra Front, Islamic Front and the Free Syrian Army (FSA); and rather than forming a single group, they jointly together fought ISIL. The areas that this alliance controls within the three fronts are relatively weaker compared to the other two fronts in terms of soldiers and weaponry. The alliance has a presence in the Idlib countryside in Northern Syria, the west wing of the Aleppo countryside, Ar-Raqqa and al-Hasakah.

Unlike ISIL and the Kurds, the alliance does not have the singlehanded control, and even though they win against ISIL, they cannot keep it consistent. The alliance had to give the areas they took over - Atme, Dane of Idlib and Atarib, Munbuç, Jarablus (northwest of Aleppo) and some parts of the Aleppo city center - back to ISIL in a very short time.

Alliance relationships on the three fronts and the power balances are highly unstable. For instance, the al-Nusra Front and ISIL were recently collaborating in certain areas; however, in re cent weeks they have been fighting all over, including the cities of al-Hasakah and Deir ez-Zor. Likewise, al-Akhrad - considered to be the part of the YPG operating in the Azaz-Jarablus area - and the FSA were clashing in recent years, and now they work together in the above-mentioned areas against ISIL. The relationships between the Islamic Front and ISIL are highly complicated.

The power balance between the sides can change almost every week. Starting from the city of Idlib, here is the current power balance from West to East: In the city of Idlib, control of the regime continues. In rural areas, there are places singlehandedly controlled by the Islamic Front, the al-Nusra Front, the FSA or ISIL or where they have a presence together. Since ISIL was weaker compared to ar-Raqqa and Aleppo, they recently left Idlib. When we go to Aleppo, some districts are controlled by the regime and some by the opposition.

However, the regime expanded their impact area in the center in recent months. Where the Kurdish population resides is mostly in the hands of the YPG. After Afrin, the area between Azaz-Jarablus is where the Turkmen and the Arabic population live. In the western part of this area, there are the Islamic front and the FSA; and towards the east are the areas where ISIL is influential. ISIL controlled Azaz as well until recently, and they fell back probably because of the risk from expanding too much. Now, control of the area is in the hands of an alliance between the Islamic Front, al-Nusra and the FSA. However, in the past weeks, ISIL expanded its impact area as a result of their attacks on the eastern parts of Azaz-Jarablus, where Turkmens live, and obtained control of Munbuç and Çobanbey.

Many Turkmen villages are now empty because of the conflicts. Jarablus, near the Karkamış border, is also in the hands of ISIL. The organization recently executed 22 people in Jarablus.

What comes after Jarablus are Kurdish areas with Ayn al-Arab in the center. The area was declared to be Kobani canton by Kurds, and it is under the control of the YPG. However, it should be stated that both Afrin and Kobani are under siege by the opposition.

There have been intense battles between ISIL and the YPG recently at the town of Serin, which is the entrance to Kobani.

After Kobani, comes the city of Raqqa. Raqqa, including the city center, is the only place where the opposition has total control of a city in Syria; ISIL is in charge of the military, political, administrative, traffic and economic infrastructures and education is according to a curriculum set by ISIL. Even though the organization has undeniable superiority in the area, near Tel Abyad (opposite the Akçakale border), some operations against ISIL have taken place with the collaboration of the FSA and the YPG. After Raqqa, with Ras el Ayn, Hasakah, Kurdish control begins. In Northern Syria and besides Idlib, the regime still exists in Kamışlı, opposite Nusaybin and Hasakah. In Kamışlı, there is an undeclared ceasefire between the regime and the YPG or a coordinated operation. The police and the intelligence of the police and the Order of the Kurds - which can be considered as the police department of the Kurds - exist in the city together.

The YPG claims that if they want they can throw the regime out of the city in a very short time, but if they do, the city would be a battlefield with the possibility of ISIL coming into the city; thus, they prefer not to. In spite of this, shortly after the declaration of a ceasefire between the regime and the YPG, they became engaged in small-scale battles. After another ceasefire, ISIL suicide attacks took place in the city.

The YPG considered these attacks as a message from ISIL: "We do not accept Kurdish autonomy."

ISIL attacks areas under the control of the YPG, which are in the Kamışlı countryside.

ISIL is weak in the western part of Lazkiye, Idlib and Aleppo, while strengthening their position in Raqqa and expanding their effective area in east Aleppo. The latest events also concern Turkey.

As a result of the latest conflicts in the area between Azaz and Jarablus, the ISIL now controls the Karakozak village of Aleppo, which was taken from the Islamic Front. The body of Suleiman Shah, the grandfather of Osman Gazi - the founder of the Ottoman Empire - is in Karakozak village. Twenty-five Turkish soldiers protect the tomb of Suleiman Shah, which is in Caber Castle, the only land of Turkey abroad and 55 kilometers from the Turkish border. ISIL destroyed most tombs and graveyards in the areas that they control because they are forbidden according to their version of Islam. The fact that ISIL took control of a place that is just 100 meters away from Suleiman Shah's tomb could lead to an attack by Turkish Armed Forces, which have bombed ISIL positions twice before. When Turkish Minister of Foreign Affairs Ahmet Davutoğlu was asked a question on this topic, he said, "For every attack there is a counterattack," indicating that the ISIL attack could result in Turkey's interference with the land they have within Syrian borders. A possible attack from ISIL might turn into a counterattack that would weaken ISIL. That is why ISIL will probably not attempt an attack that would cause them to face Turkey directly.