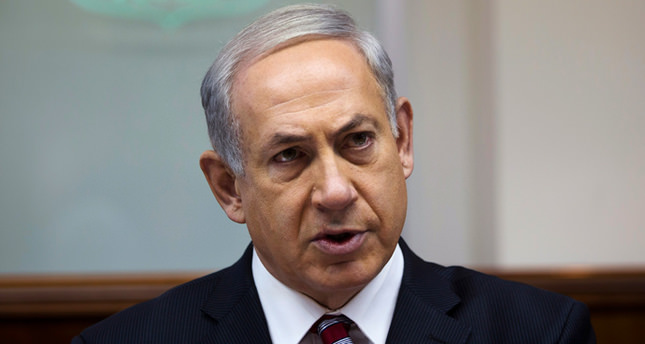 by Gabriel Mitchell Mar 25, 2014 12:00 am
The ongoing drama between Israel and Turkey seems to be approaching its final act.

However, even though Israeli Prime Minister Benjamin Netanyahu told the Anadolu Agency (AA) that Israel desires positive relations with Turkey and hopes reconciliation will arrive in the near future, the circumstances under which those statements were given - while exposing an alleged Iranian arms shipment to the Gaza Strip - speaks volumes about his position toward rapprochement. For the two former partners to officially bury the hatchet, a creative solution must be found to solving Turkish Prime Minister Recep Tayyip Erdoğan's demand that Israel lift its blockade on the Gaza Strip.

The blockade is an essential aspect to Israel's security as long as Hamas or any other actor deemed a threat to the lives of Israeli citizens controls the area.

Those positions did not change because of the Gaza flotilla and in fact have only been reinforced by the Klos C's March 5, 2014 capture.

However, Israel has shown remarkable flexibility on the Gaza issue since Netanyahu's Obama-orchestrated- apology to Erdoğan one year ago. In that time, Israel oversaw a boost in Turkish humanitarian aid delivered via the Ashdod Port, in addition to signing off on the transfer of materials required to build a Turkish hospital in Gaza. The policy shift was impactful enough to garner the praise of Turkish Foreign Minister Ahmet Davutoğlu and will likely continue when diplomatic ties are restored.

Confidence building measures like these have the added benefit of playing a role in the rapprochement process and according to multiple sources, Netanyahu received a copy of a draft agreement in mid-February.

As reported, the deal would include a $20-23 million compensation package that Israel would pay to the families of the nine Turkish citizens who died aboard the MV Mavi Marmara in May 2010. In exchange, Turkey would pass a legislation that would nullify all ongoing lawsuits against the IDF soldiers and officers involved in the raid. Finally, the agreement would draw up a blueprint for normalizing ties between the two countries.

Netanyahu has now been mulling over the draft agreement (which is rumored to only lightly touch upon the Gaza blockade) for nearly one month, which likely prompted Erdoğan's crabby one-liner that, "Nothing will happen without lifting the siege on Gaza."

This, of course, only gives Israel's premier more reason to pause and reconsider.

Netanyahu knows that even if he did sign off on the draft agreement, no consensus between the two parties would be reached until after the completion of Turkey's municipal elections on March 30.

Erdoğan does not wish to reach a deal with Israel while his party is still campaigning for votes. Elections can't impact rapprochement, but rapprochement could hypothetically impact elections. (There is a counterargument that Netanyahu doesn't want to give Erdoğan a critical diplomatic achievement prior to elections.) And while reaching a deal is important to Netanyahu, it is secondary compared to the prevention of Iran's nuclear program and the current round of Israeli-Palestinian peace talks.

Don't forget, Netanyahu rejected a draft agreement in 2011 when the conditions were not deemed favorable. He is willing to let talks wither and die until the timing is better and has the support of his cabinet and the Israeli public.

Both Israel and Turkey are looking to end this period of agitation. Rapprochement serves each country's national interests with the potential of regional influence, natural gas cooperation, and support for each other's peace processes all on the table.

But in order for this to happen, the Gaza blockade must be negotiated separately. The alternative is for Netanyahu, whose critical worldview has only been reinforced of late by rocket fire and missile smuggling, to again walk away from a deal.