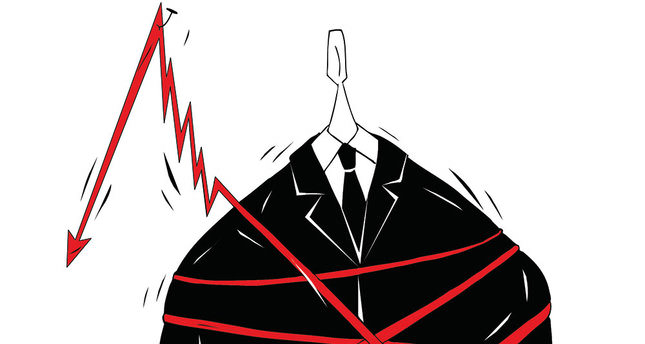 The 2014 invasion of Crimea is no different and shows the world how desperate and powerless the Putin regime is to exert influence on its neighbors, yet only able do to so with brute force

The tension within Ukraine is a result of the fragility of its political system, the oligarchic structure, Yanukovych's increasingly authoritarian stance and the opposition's inability to unite. Talks with the European Union on a partnership agreement gave hope to a long-suffering public that the corrupt system would be reformed. Yanukovych's withdrawal from the talks in November 2013 extinguished this hope.
Opposition sentiments were enflamed by the violent suppression of anti-government protests that ensued coupled with a $15 billion credit agreement with Russia in December, eventually culminating in Yanukovych seeking refuge in Russia.

Russia has since taken steps that have catapulted Kiev's domestic political crisis into a regional and global issue. In an unexpected move, Russian Special Forces invaded Ukraine's Crimea region and soon had the peninsula and the local parliament under its control.

Under dubious circumstances and under the watchful eye of wellarmed Russian soldiers, the Crimean parliament declared with a referendum that it planned to join Russia. The referendum has no validity within the Ukrainian legal system and has been flat-out rejected by the international community. In flagrant contravention of international and bilateral agreements, the rationale behind Russia's military move and the related regional impact need to be taken into consideration.

The political crisis in Kiev was beginning to reach a resolution when on Feb. 27 Russia sent Special Forces into Crimea, an area where law and order had prevailed. Even if there had been a real risk of armed conflict in the peninsula, any military intervention would have needed a resolution to be passed at the U.N. Security Council.

Russia is shooting itself in the foot by violating the very principle it insists on when it comes to the Syrian conflict.

What is the real motivation for Russia's invasion of Crimea? The Kremlin is dominated by neo-imperialist nationalist policy makers.
It is precisely this mentality that allows Russia to believe it has the right to interfere in neighboring countries. As Russia stabilized in the 2000s, its leaders - many of who began their careers in intelligence and security after the 1970s - grew in confidence. This cadre that took advantage of the opportunities presented to the upper echelons of the Soviet state is nostalgic for the former USSR. Putin, who described the fall of the USSR as the greatest geopolitical catastrophe of the 20th century, is himself a former intelligence lieutenant.

In the past few years, extreme right-wing and nationalist names have been moving into the political arena. For instance, Putin's senior economy adviser, S. Glazyev, is a founder of the former Rodina (Nation) Party and D. Rogozin was brought in as deputy prime minister from the defense industry. A. Dugin, the key architect of neo-imperialist nationalism, is a professor and head of department at Moscow State University.

NATO and EU expansion to the east has been a direct challenge to Moscow's regional integration projects. Ukraine is a key actor in the region that Moscow feels must be kept close. However, since the 1990s Ukraine has maintained European integration as a sustained part of its foreign policy. Ukraine was the founder of the GUAM Organization for Democracy and Economic Development in 1997.

Moscow did not perceive the 2004 Orange Revolution as an internal dynamic but as a process led by the West. Yanukovych's term in office from 2010 to 2013 was an effort to balance power that ultimately failed. It seems that Russian policymakers have never accepted the idea of an independent Ukraine.

Crimea holds a special place in Russian history. In 1774, the Russo-Ottoman war resulted in the Crimean Kingdom coming under the protection of the Russian Empire and in 1783 being officially annexed after many Russians migrated to the peninsula. In 1954, on the 300th anniversary of the "unification" of Ukraine and Russia, Soviet leader Khrushchev suggested that Crimea be reassigned to Ukraine.

Russia had no land passage to Crimea and thus the peninsula's electricity and water needs came from Ukraine. Russia's Black Sea naval fleet is based off the Crimean coast and the romanticism of Russian legitimacy is similar to the justifications Saddam used when invading Kuwait.

An important aspect of the population of Crimea is the indigenous Crimean Tatars, now a minority. The population policy under Czarism and the exile, which Stalin forced upon the Crimean Tatars in 1944, led their numbers to dwindle. With the number of Tatars that were able to return during the Perestroyka years, Tatars now comprise 15 percent (300,000) of the population yet only have four seats in the 100-seat local parliament. The Tatars expect Russia to pressurize them into emigrating as well as interfere in other spheres of life. Ukrainians comprise 24 percent of the population and also expect hard days ahead.

The invasion of Crimea will not bode well for Moscow. Firstly, Russia's diplomatic ties with Ukraine will be cut. This will be the second neighboring country to do so after Georgia. The Ukrainian public will grow distant from Moscow. The invasion has strengthened Ukrainian identity and nationhood. Secondly, Russia's regional integration projects will be disrupted. For years Putin has attempted in vain to setup the Eurasian Economic Union, with only Belarus and Kazakhstan signing a customs agreement. The invasion of Crimea will cause concern for both these countries as they have sizable Russian populations and they are afraid of being put in a similar situation.

None of Moscow's closest allies have supported the invasion, which jeopardizes Russia's foreign policy to keep close ties with former Soviet states. In order to counterbalance the potential threat that Russia poses, the region will turn to the West. The misinformation campaign suggesting there was anti-Russian and Slavic violence has many Russian minorities in neighboring countries worried.
Thirdly, as one of the architects of the U.N., Russia has undermined a system it helped to create. It is logical to expect greater Russian activity in the Caucasus. Lastly, the sanctions applied to Russia by the U.S. and the EU will serve to isolate Russia and further tarnish its international reputation.

What is the cost of the Crimean crisis for the export-based Russian economy? In the last few years, macroeconomic indicators have shown that things are not going well for Russia. The economy has not grown, despite the fact that petrol has not seen over $100 a barrel since 2008. Russia's growth was placed at 5.6 percent in 2008, 4 percent in 2010, 3.4 percent in 2012 and 1.4 percent in 2013. The best growth forecast for 2014 is at 1 percent. The biggest factors preventing growth are corruption, lack of productivity, instability and investors turning away from the Russian market. Foreign debt increased by 15 percent to $732 billion in January 2014. The dollar reserves have shed $33 billion from $493 billion in one year. The Russian stock market has been suffering a continual decline since the beginning of the Crimean crisis. On March 3 alone, the RTS lost 12 percent of its value, resulting in a 3 percent loss of Gross National Product (GNP). The biggest players on the stock market are companies like Gazprom that have a monopoly and also happen to pay the most tax to state coffers. These losses prove the vulnerability of the Russian economy.

It won't be easy to bring Crimea to heel. The 500,000 pensioners and the electricity and water supplies from Ukraine will add an extra burden for Russia. There are plans for a $3 billion bridge to be built between mainland Russia and the Crimean peninsula. Tourism, a key competent of the Crimean economy, which is only 30 percent self-sufficient, will greatly suffer as a result of this crisis. These events also impact Russian domestic politics by consolidating the opposition against Putin.

The 1853-1856 Crimean War resulted in Russia being isolated from Europe, the dissolution of its fleet in the Black Sea and the erosion of its Czarist image as the policeman of Europe, revealing to the world just how weak Russia was. The 2014 invasion of Crimea is no different and shows the world how desperate and powerless the Putin regime is to exert influence on its neighbors, yet only able do to so with brute force.