The CIA, al-Qaeda and Iran 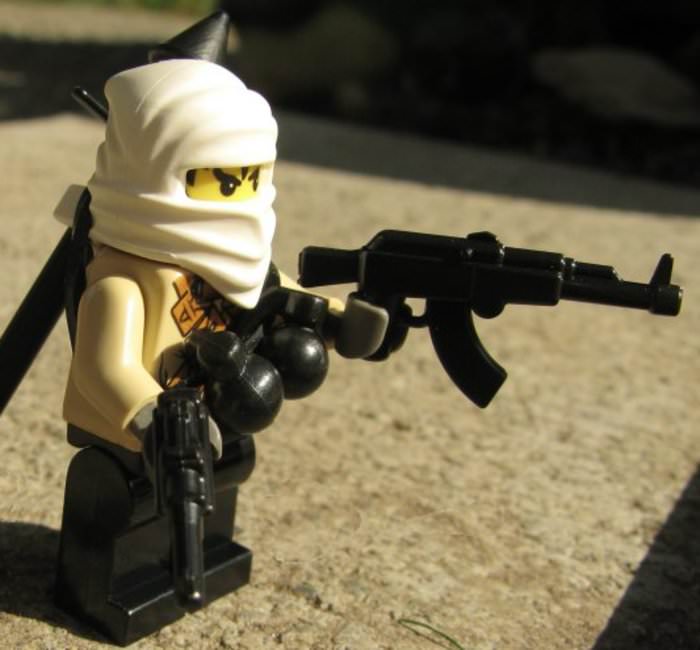 by Baha Erbaş Mar 26, 2014 12:00 am
Not a day goes by without another bloody incident in Iraq. Recently, United States Vice President Joseph Biden called Iraqi Prime Minister Nouri al-Maliki to discuss al-Qaeda and the Islamic State of Iraq and the Levant (ISIL), which have recently become part of the agenda concerning operations in Syria and Iraq. The White House confirmed the Biden-Maliki conversation and its nature. It is reported that clashes between local Iraqi forces and ISIL continue in different cities such as Anbar and Fallujah.

The United States declares that its foremost priority is "to destroy al-Qaeda," but of course nobody asks, "Who created al-Qaeda?" Meanwhile, al-Maliki focuses on al-Qaeda to somehow attract attention, gain support, and please both the U.S. and Iran.

The United States points to al-Qaeda as its "greatest enemy." Which country in the Islamic world comes to mind first when we talk of al-Qaeda as its "greatest, most formidable enemy?" In fact, it is Iran. For Iran, between Israel and al-Qaeda, you can be sure that the former is the lesser of two evils. Iran is the first country in the Islamic world that the U.S. can cooperate with against al-Qaeda, their mutual bete noire. Iran has two stepping stones that are vital for increasing its regional influence: Iraq and Afghanistan.

Sunni al-Qaeda should be phased out in these countries so Shiite Iran can build its strength and take guard. It just so happens that every step that the U.S. takes in the Middle East in some way serves Iran. Let King Abdullah of Saudi Arabia continue uttering hollow threats. A couple of years from now, al-Qaeda may start operations all across the Middle East and the United States may start fighting al-Qaeda, with Iran helping the U.S. wage its war on terror.

Western public opinion about Iran may change from viewing it as a source of instability to considering Iran as the West's greatest ally in its war on terror.

We can assume that if these scenarios unfold in the region the Nusayri [also known as 'Alawite'] regime will still retain its position in Syria.
In, "Veil: The Secret Wars of the CIA 1981-1987,"

Bob Woodward, one of the most successful investigative journalists in of the 20th century, tells of the shocking CIA interventions between 1981 and 1987. For example, Woodward writes about how the CIA negotiated with Iran's mullahs in Madrid during the U.S. presidential elections in 1980 in order to ensure that Democratic President Jimmy Carter would lose and Republican challenger Ronald Reagan would win. Woodward describes how the CIA prevented the release of American hostages during Carter's term, how a campaign was launched to affect American public opinion using the Iran hostage crisis to overthrow Carter, and how William Casey, who represented the CIA in the Madrid negotiations, was assigned as the director of the CIA as soon as Reagan was sworn into office. Moreover, perhaps most tellingly, American hostages in Tehran were released 20 minutes after it was announced that Reagan won the election. During the 1980- 1988 war between Iraq and Iran, the United States staunchly supported its ally Saddam Hussein. In the eyes of the public, the United States supported Iraq, but behind the scenes the CIA was selling arms to its official enemy Iran, which the U.S. isolated and did not recognize in diplomatic affairs. The income from this sale of arms was transferred through Israel to right-wing guerrillas in Nicaragua to overthrow the left-wing government. This incident came into the picture when the Irangate (Iran-Contra) scandal broke in 1986, shocking the whole world.

But there is a link that Woodward mentions in "Veil" that sheds light on a sequence of issues, from the end of the Cold War to the wars in Afghanistan and Iraq to the Middle East and the Arab Spring that we are witnessing today: the deep and secret relations between the CIA and al-Qaeda. During the Russian invasion of Afghanistan between 1979 and 1989, the CIA unflinchingly supported local militia and mostly al-Qaeda forces to make certain that the Soviet Union lost in Afghanistan. Large amounts of money and arms changed hands and Osama bin Laden appeared for the first time, taking the stage as a strong American ally during the Russian occupation of Afghanistan. For this strategy, the U.S. also encouraged its allies, such as Saudi Arabia and Pakistan, to cooperate in Afghanistan. Woodward explains the CIA's relations with al-Qaeda in that period in detail and pulls no punches, asserting that Osama bin Laden and al-Qaeda are products of the CIA. Steve Coll, who worked as a reporter for the Washington Post during the Soviet Union's occupation in Afghanistan between 1979 and 1989, illuminates many dark points in his tour de force account, "Ghost Wars: The Secret History of the CIA, Afghanistan and bin Laden, from the Soviet Invasion to Sept. 10, 2001." Coll provides substantial evidence that Casey and later George Tenet, who also served as director of the CIA between 1997 and 2004, transferred money and arms to the Taliban and Osama bin Laden. Coll also offers compelling documentation that under the CIA's command Saudi and Pakistani intelligence agents educated Afghan guerrillas.
Al-Qaeda and Osama bin Laden, who would later be announced as the perpetrators of the Sept. 11 attacks, Coll argues, were put forward by the CIA.