Turkey-Kuwait relations: From friendship to partnership 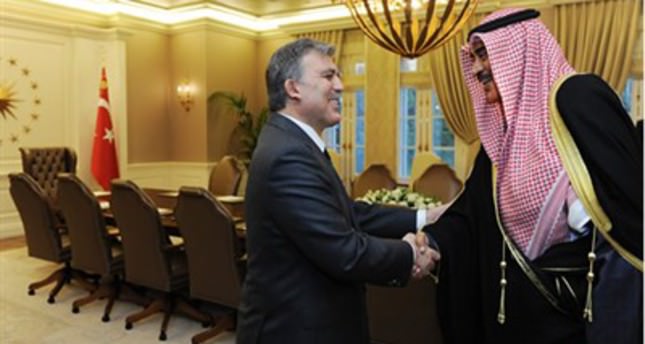 by Eyüp Ersoy Mar 26, 2014 12:00 am
Turkey-Kuwait relations, after years of distant cordiality since their formal inception in 1969, have started to show auspicious signs of reciprocal intimacy in the last decade.

2005, as a milestone in the progress of bilateral relations, witnessed the first high level visit of Turkish Prime Minister Recep Tayyip Erdoğan to Kuwait after he assumed office in 2003, in addition to the opening of the Kuwaiti Consulate General in Istanbul.

Thenceforth, the mutual will to improve underdeveloped relations has manifested itself especially in habitual reciprocal high level visits of senior officials from both states. For example, the Kuwaiti Emir Sheikh Al-Ahmad Al-Jaber Al-Sabah visited Turkey twice, in 2008 and 2013.

Turkish President Abdullah Gül, on the other hand, was decorated with the Mubarak Al-Kabeer medal by Sheikh Al-Ahmad Al-Jaber Al-Sabah in his visit to Kuwait in December 2009.

The shared vision on the geopolitical developments in the Middle East, including the Arab Spring, mostly based on the shared sense of vulnerability to the repercussions of these troublesome developments, and the absence of matters of contention to constrain the improvement of relations, have facilitated the progress of political relations between Turkey and Kuwait.

The two states have displayed convergent attitudes on regional issues in their respective foreign policies, especially on Syria, Palestine, and to some extent Iran.

Furthermore, they expressed their reciprocal understanding and support for the end of civil war and a regime change in Syria, the just resolution of the Palestinian Question, and against Iranian interference in the internal affairs of regional countries through sub-national sectarian connections.

Nevertheless, on the future of Iraq's political system, namely the centralization/ distribution of political power among Iraqi groups, Turkey and Kuwait have quite divergent attitudes, primarily emanating from the Kuwaiti concern for a strong centralized government in Iraq with potential expansionist intentions.

Also, Kuwait's acceptance of NATO's invitation as the first member state of the Gulf Cooperation Council to join the Istanbul Cooperation Initiative in 2005 was an important step for the further institutionalization of political relations between Turkey and Kuwait.

The two countries also signed a memorandum of understanding on military cooperation in 2009. In addition, the strong will, and in a degree the exigency, to seek and capitalize on commercial and financial opportunities have constituted the essential motive for both countries to forge new, more resilient and more diversified economic relations between each other.

Turkey and Kuwait have started to explore and expand areas of mutually beneficial relationships in finance, banking, real estate, commerce, privatization and energy. While the Joint Economic Commission meet regularly, the Turkish-Kuwaiti Business Council has also become a significant platform to advance economic cooperation since its first meeting in 2009 during Abdullah Gül's visit to Kuwait. Besides, the Bilateral Investment Promotion and Protection Agreement was signed in 2010.

Accordingly, while the total volume between Turkey and Kuwait was $165 million in 2002, it reached $568 million in 2012, with a trade surplus in favor of Turkey since 2002. While commercial relations have not experienced a strong boost in a decade, mutual foreign direct investment has considerably increased.

As of April 2013, Kuwaiti foreign direct investment in Turkey reached to $1.1 billion. The Turkish private sector, on the other hand, has been involved in construction, transportation and advanced technology sectors in Kuwait. In possession of the world's sixth largest oil reserves, Kuwait provides encouraging business opportunities in the energy sector for Turkish entrepreneurs.

Nonetheless, this domain remains underdeveloped in bilateral economic relations as well. One outstanding exception was the collaboration of the Turkish Petroleum Cooperation and Kuwait Energy Company to explore oil fields in Basra, Iraq.

Concomitant with economic relations, social interaction between Turkey and Kuwait has also increased in the last decade, and today, for instance, Turkish Airlines has 35 flights to Kuwait a week, and Turkey has become a popular tourism destination for Kuwaiti nationals.

Despite these promising and noticeable developments in political and economic relations between Turkey and Kuwait, additional endeavors are required for transforming the enduring friendship between the two countries into sustainable partnership.

A potent Turkey-Kuwait partnership is certain to have a constructive influence on the stability and prosperity of the Middle East.