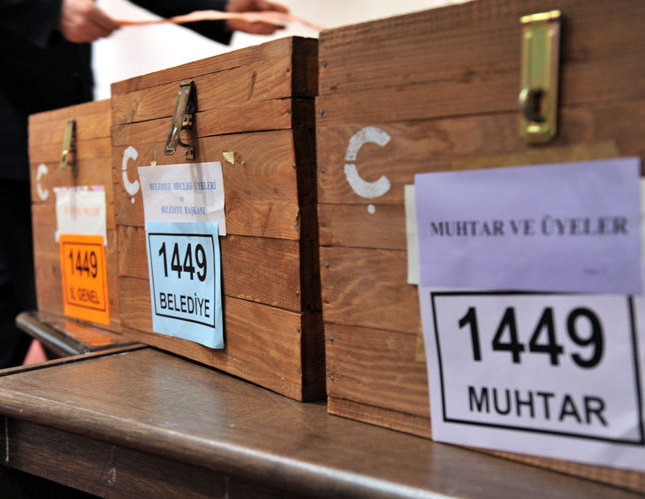 The Turkish economy experienced many economic crises and depressions because of the political instabilities that have been going on for years. The instability in growth rates, high debt-interest spiral, current deficit, budgetary deficits and high and changeable inflation rates emerged as general characteristics of this period.

This unpleasant statement, naturally, raised the inequality of income and as a result, poverty rate rose acutely. The majority of the country's population became poorer after the crises and the risk of dropping below the poverty level was higher.

Following the crises and fluctuations in the early 1990s, the AK Party, which came to power after the Nov. 3, 2003 elections, sparked political consistency in Turkey. The AK Party came into power in three consecutive elections with the highest number of votes. Hence, the process of political power which started with the AK Party is a process which happened for the first time since 1950, the year in which Turkey had a transition to the multi-party system.

In view of the unpleasantness caused by the banking crisis of 2001, Turkey grew faster than many developed countries because of the high level of performance in the economy of the last decade.

What is more, Turkey became one of the countries which grew fastest among developing countries. Owing to the reforms, precautions and the newly-launched administration of the AK Party government, there was visible progress in economic indicators such as gross domestic product, inflation, per capita income, development and exports.

In these years, structural economic reforms were considered important and the privatization process accelerated. In addition, important reforms were carried out in public finance, especially in debt and budget indicators.

Turkey had the rare situation of being a country meeting the Maastricht Criteria, in which debt and budget deficits are determined for the EU countries. Moreover, starting with financial markets, essential reforms were made in agriculture, social security, energy and communications. As soon as predictability in the economy rose, the finance sector became firm.

This made available support of the private sector, renovated the social security system and formed macro stability. Privatization increased, the investment climate improved, the domestic market expanded and the decline of country risk premium were among the upsides to economic growth. Since 1994, international credit rating agencies such as Fitch, Moody's and JCR raised the credit rating of Turkey to "investible level" first in 2012 by Fitch and then in 2013 by Moody's and JCR.

With these improvements in the economy, Turkey became one of the countries that overcame the global economic crisis of 2008 quickest and was affected little by global economic uncertainty. The acquisitions achieved with economic stability caused essential improvements in social policy as well. With the improvements in question reaching economic indicators, opportunities of social welfare and social service became varied and increased, the social security system improved and the amount of funds provided for education and healthcare also increased.

The confidence gained by the economic stability contributed to the disappearance of discrimination embodied in the hijab ban in education and state institutes and the increase in the number of people coming to cities from surrounding areas taking advantage of the opportunity to join the middle class. This situation strengthened the economic stability, which led to political and social stability, as well.

Interventions: the process of sabotaging political, economic and social stability

In spite of conditions conducive to economic and political stability, the AK Party and Prime Minister Recep Tayyip Erdoğan broke the record of continuous power during the multi-party period but experienced numerous interventions and attempted coups. These operations were aimed at achieving political instability and abolishing the political power in the 12 years since 2002 - the year AK Party came into power.

These interventions aimed at abolishing and debilitating enforcements appeared at times in the form of political, judicial and economic interventions and at times as e-declarations. Enforcements such as the political ban coup applied for Prime Minister Erdoğan, the veto policies applied with regards to many practices and assignments of the government during the presidency of Ahmet Necdet Sezer, coup plots, the assault on the State Council, obliging prosecutions such as 367, the closure case of AK Party, Gezi Park events, the Dec. 17 operation and many further interventions can be included among these.

In the first half of 2013, Turkey witnessed a period in which markets progressed positively, financial activity came to life, new projects proceeded in order to solve basic structural problems and interest rates declined. Those who wanted to reverse all these positive developments tried to generate a threat risk for the AK Party government by producing political chaos and social tumult with the Gezi events.

The ones who wanted to reinforce the perception that Turkey is a country which experiences political instability decennially threw the risk premium of Turkey considerably and turned upside-down the stability of the markets. Yet, the economy got rid of these severe shocks in short order owing to powerful indicators in economy, starting with public finance. While the effects of this period in which the exchange rate increased severely were to be avoided, the Dec. 17 and 25 operations dealt the second blow to the economy, maximized the country's risk premium and accordingly exchange rate.

With the decline of the risk premium of Turkey, it was clearly observed that capital stock, which gained high interest income for years, could not endure much to this situation. In this context, it must be noted that interest payments decreased, its share of gross domestic product declined from the level of 14.8 percent in 2002 to 3.4 percent. In other words, it regressed at the rate of 77 percent proportionately.
March 30 elections

It is clear that economy can no longer be ruled with old Turkey's economy arguments. Political stability is an indispensable process for the New Economy period, which became a current issue with the arguments regarding economic aims and structural change.

In addition, the attempts to solve the subject of savings, which has been the most important structural problem of Turkey for years and accordingly the aim of partaking in G-20, are very essential. In the event that G-20 was restored to a more institutional and high-authority structure, Turkey will become the voice of lots of underdeveloped and also Muslim countries in the international arena.

This is closely pertinent to the gross domestic product which Turkey will reach. Turkey will get out of the income trap it experienced for years and be included in the list of high-income economies. Many economic paradigms will change as foremost its production structure will be changed as part of research and development. These are directly pertinent to the continuity of current economic decisions.