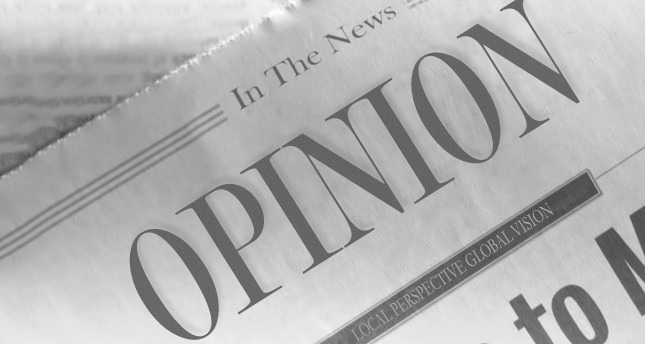 by Erol Cebeci Mar 28, 2014 12:00 am
Since the country started taking in Syrian refugees in April 2011, Turkey has hosted close to 900,000 refugees.
Turkey adopted an open-door policy, giving the refugees temporary protection status. Having spent close to $3 billion (TL 6.56 billion) from its own budget, Turkey's refugee policy has been applauded by international monitoring organizations. In fact, the country set new standards and became a model for hosting refugees. Compared to the pressures and risks to which Jordan and Lebanon have been subjected, Turkey is much better off.
However, financial costs and political and security pressures are making it increasingly difficult for Turkey to sustain its open-door policy. The international community needs to treat this issue as a region-wide, long-term reality and create policies to deal with it in a sustainable manner.
Turkey welcomes Syrian refugees and maintains top-notch camps. An overwhelming majority of the refugees staying in these camps are satisfied and the prime ministry's Disaster and Emergency Management Presidency (AFAD) successfully collaborated with the United Nations High Commissioner for Refugees (UNHCR) to create camp conditions unmatched elsewhere.
The Turkish government maintains direct control through AFAD, which simplifies running the camps. Yet, despite the high quality of accommodations, many refugees do not want to live in the camps mainly because of idleness as they are not allowed to work outside the centers. Refugee camps are designed for short-term stay and do not create long-term solutions for the refugees.
The increasing flow of refugees exceeds the capacity of the camps and majority of the refugees do not stay in the camps. Most refugees are scattered throughout the country, which creates all sorts of economic, social and security problems while burdening local communities. Around 220,000 of the approximately 900,000 refugees live in the camps. The rest are spread outside the camps. Their integration into the wider society remains a serious challenge despite the efforts by Turkish government to provide a legal framework to define "refugee status."
The growing refugee influx pushed the government to establish makeshift camps along the Syrian border for those waiting to receive permission to enter Turkey. There are nearly 100,000 individuals waiting to get into Turkey. While some may prefer to stay inside Syria, the camps are faced with security challenges due to their proximity to fighting in nearby cities. Health, education and nutrition standards are lower in these camps compared to others and there is also increasing criminal activity. In order to prevent illegal crossings and stop smugglers, Turkey modified its opendoor policy and closed several border crossings as groups associated with al-Qaeda captured them.
Many urban refugees throughout the country cannot find adequate shelter, and access to education remains a serious concern. The educational needs of the refugees are a long-term challenge since access to national education system requires citizenship. Efforts to train Syrian teachers and build new schools for Syrian children increased the number of refugees able to attend school.
Despite Turkey's extensive efforts to help urban refugees, the government finds it difficult to keep up with the growing needs of the most vulnerable Syrians.
Border towns have been adversely affected as rents increased, prices went up and security deteriorated.
Decreased border trade and the closing of factories further impacted the economies of host communities. The government found it difficult to contain smuggling and weapons trade through the border, which increases risks along the border.
Ever since the Reyhanlı bombings in May 2013, the government bolstered security throughout the cities, but risks for terrorist attacks on cities close to the border remain high. The worse the civil war gets inside Syria, the more risks and challenges Turkey will likely face.
The international community urgently needs to address the refugee crisis emanating from Syria that has millions of displaced individuals.
Lebanon and Jordan are exposed to risks similar to that of Turkey. There is dire need for a regionwide strategy. Such a strategy needs to include burden sharing and management of refugee influx, among other issues. In the absence of such an approach, the region is facing a humanitarian disaster no one country can manage on its own.

* Erol Cebeci: The executive director at the SETA Foundation in Washington, D.C.