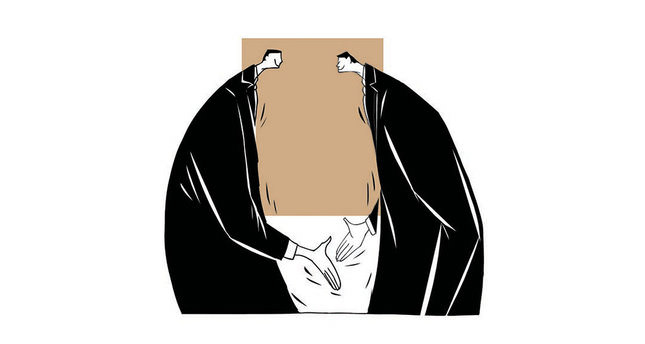 by Bilgay Duman
Apr 05, 2014 12:00 am
Nechervan Barzani, the prime minister of the Iraqi Kurdistan Regional Government (IKRG), visited Turkey on March 16, 2014 upon the invitation of Minister of Foreign Affairs Ahmet Davutoğlu to hold a meeting on energy issues. The fact that Davutoğlu hosted Barzani in the city of Van after the visit of KRG President Masoud Barzani to Diyarbakır was an important note regarding this visit. Barzani's visit can also be evaluated in terms of Turkey's internal policy process; however this article will focus on the importance of Nechervan Barzani's visit regarding Turkish foreign policy and Iraqi internal policy. Barzani's visit will be evaluated in terms of the following points:

1) The effect of Turkish-KRG relations on Turkish foreign policy;
2) The KRG's political status and its struggle to establish a government;
and 3) the relationship between the KRG and the Iraqi central government.

The affect of Turkey-KRG relations on Turkish foreign policy

At this point, it is important for Turkey to apply a rational attitude and consider Baghdad's initiative. From this point of view, it is possible to suggest that Turkey pursues a more stable policy.

The relationship that Turkey has developed with the KRG is also a factor for Turkish-American relations. As is known, the U.S. reacted to the energy relationship between Turkey and the KRG, and warned the latter not to export any oil without Baghdad's consent.

Therefore, in order to prevent the Turkish-American relationship from going bad, Turkey would need to consider Baghdad's wishes before acting. On the other hand, the Turkish-KRG relationship especially influences policy toward Syrian Kurds. Although there is not a totalitarian approach toward Syrian Kurds within the KRG, having the power to rule the KRG, the Kurdistan Democratic Party of Syria's (KDP) attitude towards the Kurdish Democratic Union Party (PYD) compliments Turkey's policy toward Syrian Kurds. In this respect, we can contend that as long as the KDP maintains power in the KRG, the Syria policy will still be the same when it comes to the relationship between the KRG and Turkey.

In that case, what comes to mind is the possibility of an autonomy declaration on the regions under PYD control in Syria. The KDP, which also has Nechervan Barzani, announced that they do not recognize the PYD's autonomy declaration. Turkey also seems to be bothered by such policies of the PYD, which is located in northern Syria. That is why it is possible to highlight the importance of the visit regarding the agreement between the KDP and Turkey.

KRG's political status and the process of establishing a government

It is important to note that Nechervan Barzani's visit to Turkey took place as the government-founding process of the KRG was still ongoing. For six months since the elections of Sept. 21, 2013, Barzani has been working on establishing a government; however, it is hard to say that he has made significant process. That is why his visit is important regarding the fact that the KRG and KDP have taken Turkey's support. The visit took place right before a government was founded in the KRG and it shows how much the winning KDP party cares about Turkey.

It is also possible to assess Barzani's visit on an individual level.

It is a well-known fact that Barzani wants to be close to Turkey and have its support because of the silent war between him and Masrour Barzani within the KDP. KDP leader and KRG President Masoud Barzani does not ignore Nechervan completely but still it is talked about in hushed tones that when he has to make a choice he will choose his son, Masrour, over his nephew and son-in-law, Nechervan. That is why we can see that Nechervan is at least trying to sustain his international connections. We can also argue that Nechervan wants to use the power he has gained over KRG economy.

Therefore, it is easier to understand why Nechervan insisted on emphasizing energy collaboration and commerce between Turkey and the KRG during his visit.

Negotiations between the KRG and Iraqi central government

Nechervan Barzani's visit overlapped with negotiations for the resolution of conflict between Irbil and Baghdad. It is clear that Turkey is acting with sensitivity to Baghdad's concerns regarding energy exports and Turkish authorities have guaranteed that the country won't take any action without Baghdad's permission.

Therefore, Turkey creating a softening effect in Erbil's favor can create a positive environment in terms of conflict resolution. The facilitative role that Turkey can play between Irbil and Baghdad can also contribute to the relationship between Turkey and the Iraqi central government. Also, Barzani's visit can be considered a message since it took place before the scheduled Iraqi general elections of April 30, 2014.

Instead of a conclusion

The statements of Nechervan Barzani and Turkish Minister of Foreign Affairs Ahmet Davutoğlu on a television show implied that the course of the relationship between the KRG and Turkey, which developed after 2009, would remain the same. On the other hand, the relationship between Turkey and the Iraqi central government was on the decline and the two countries were even clashing in terms of diplomacy and politics. However, developments in the region, deadlock on the Syrian issue, the influence of the change in Iran over Iraq, Iraq's pursuit of consistency in its domestic policy, and the U.S. suggestion for the improvement of relations were all reasons why there was a need for the relationship between Turkey and the Iraqi central government to be softened. And the fact that the relationships that started on lower levels were raised diplomatically to higher levels has turned the events into shuttle diplomacy between decision makers.