March 30 and MHP: The failure seen as success 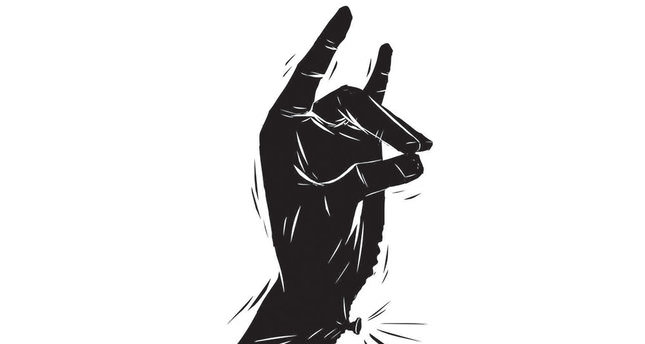 We are now past the March 30, 2014 local elections. The Nationalist Movement party (MHP) got 15.3 percent of mayoral votes and 17.6 percent for provincial councils.

When we consider the fact that it is parties that are voted for rather than individual candidates, it appears that the MHP garnered success with 17.6 percent of the vote - the highest rate since their 1999 election result of 17.98 percent. However, it would be misleading to present the MHP's performance as a success by comparing the party's current ratings with old ones, since in the political atmosphere of the 1990s there were no serious corruption claims against the government and the status of parties in the 1999 elections was as follows: The center-right (DYP-ANAP) did not fall and they were represented with a result of 25 percent of the vote. Political Islam was represented by the Virtue Party with 15.40 percent and, more importantly, one of the center-left parties (DSP) was the first party of the coalition with 22.18 percent. The other center-left party, the Republican People's Party (CHP), was left out of parliament with 8.70 percent.

Compared to today results, the political atmosphere of the 1990s had multiple actors, all of which had about 10 percent of the vote, and the Turkish Armed Forces (TSK) still maintained influence over politics. During the March 30 elections, instead of five opponents, the MHP only had two - the AK Party and CHP, since MHP and the Peace and Democracy Party's (BDP) voting areas did not overlap. The government was also accused of corruption and the main opposition party was criticized of "shifting to the right" throughout the country.

The fact that the MHP got 17 percent of votes for the provincial councils is actually a political conjuncture. It shows their relative failure and how they were not able to seize opportunities. Based on all these factors, it would be more accurate to evaluate the local elections as a general election or a referendum.

We can mention two basic dynamics that made the March 30 elections important and produced an especially high voter participation rate 89.1 percent. First of all, it is the fact that the local elections were perceived as a general election. The main cause for this was the Dec. 17 operations. The AK Party targeted the Gülen Movement for orchestrating the operations against the government; whereas the main opposition parties' campaigns were based on cornering the government with corruption claims. The leaking of a secret Ministry of Foreign Affairs meeting about national security just two days before the elections strengthened the government's claims that the opposition had colluded with the Gülen Movement to overthrow the ruling government.

The second important feature of the local elections was the fact that the CHP put forward candidates like Sarıgül and Yavaş in two metropolitan regions, Istanbul and Ankara, in order to take down the governmental mayors since these two candidates had social support as a result of their own political influence rather than the CHP's own voting potential. The AK Party, on the other hand, followed a similar strategy by putting forward Binali Yıldırım, a strong ex-minister, and expected the people of İzmir to substitute ideology for "action politics," which is the AK Party's basic political discourse. The reason the AK Party and CHP give weight to these three metropolitan cities is because the total votes of the three cities is equal to almost one-third of the total votes of the entire country.

In this respect, while analyzing the election performance of the MHP, the third biggest political party in Turkey, we have to bear in mind these two main determinants that made the elections what they were.

If we start from the top, the MHP used the Dec. 17 probe and Chairperson Devlet Bahçeli mentioned it in various press releases and at rallies; however he also criticized the poverty in Central and Middle Anatolia. In other words, Bahçeli was not able to be as systematic as the CHP in terms of combining corruption allegations with talk of assisting impoverished communities.

We can say that Bahçeli gave the floor to the CHP's Kılıçdaroğlu. It should be remembered that Kılıçdaroğlu used the criminal dimension of Dec. 17 in a functional Robin Hood manner to the extent that he metaphorically took the embezzled money and handed it to the community.

On the other hand, the MHP excluded itself from the government-Gülen war by not taking sides. This exclusion, or in other words, non-reaction to the Gülen Movement's attempts to design politics directly was reflected in the party's votes; yet it wasn't the same when compared to the AK Party. The MHP raised its votes in Central Anatolia, relatively speaking. However, the cautious voters of Dec. 17 coalesced around the AK Party yet again. This is evident in how MHP raised its votes by 2 percent compared to the general elections of 2011. But on the other hand, the party lost 1 percent of votes compared to the 2009 local elections.

In this respect, the MHP gave the floor to the AK Party in terms of the systematic attacks on the Gülen Movement. At Prime Minister Erdoğan's rallies, the main theme was Pennsylvania and the movement's non-political intervention. That's why in an election atmosphere where Kılıçdaroğlu was leading the corruption claims and Erdoğan strongly defended politics against the Gülen Movement's political engineering scheme, the competition was mainly between the AK Party and CHP; between which there was hegemony of discourse. The MHP was more a spectator of this process and that is why its results were stable. The election results actually tell us the same thing:

According to the previous 2009 local elections, the AK Party and CHP raised their votes by 5-6 percent, whereas MHP lost around 1 percent.

In the 2009 local elections, the MHP won the mayoral office of Balıkesir, Manisa, Uşak, Isparta, Adana, Osmaniye, Kastamonu, Karabük, Bartın and Gümüşhane. Among these 10 mayoral offices, only Adana was a metropolitan municipality.

Whereas in the March 30 elections, the party kept Manisa, Isparta, Karabük, Bartın and Adana, yet lost Balıkesir (became a metropolis in 2011), Kastamonu, Uşak and Gümüşhane. Instead of these locations, MHP won over Kars and Mersin metropolitan municipalities. To sum it up, the MHP won over 10 cities in 2009, yet was only able to win over eight in 2014 - two of which are metropolitan cities.

The main reason why March 30 was a disappointment for the MHP was because the party was not able to create a presence in metropolitan areas. MHP was left behind the newlyconstituted People's Democratic Party (HDP) - which took 4.8 percent - by getting only 4 percent. The MHP's voting result in Ankara and İzmir was only 8 percent. Mansur Yavaş was a candidate of MHP in the 2009 local elections and yet he was a candidate from the CHP this time around. He was substituted by Mevlüt Karakaya for Ankara this time and, like him, Rasim Acar was the non-influential candidate of the MHP in Istanbul.
These facts indicate that MHP willingly gave up on the metropolitan cities.

Bahçeli's choice of candidates indicates his fear of losing power. As the leader of the main opposition party, Kılıçdaoğlu took over the party after running as a candidate for Istanbul and now the same scenarios are in store for Mustafa Sarıgül.

In addition, the fact that Erdoğan became prime minister after holding the position of mayor of Istanbul shows that if a strong candidate had been elected in Istanbul or become powerful without being elected, it may have stirred fear to create a leader for the non-assumed opposition circle.

As a second argument of public opinion, some believe that the MHP was unwilling to exist in metropolitan cities and give the floor to the CHP. However, we should be cautious with this argument. The MHP's lack of presence in metropolitan cities is chronic, with the exception of Mansur Yavaş as the 2009 candidate. The figures are as follows: In 2009, the MHP's Istanbul candidate Ahmet Turgut had 5.71 percent; in 2004, the influential Meral Akşener took 5.07 percent and yet even the son-in-law of Türkeş, Hamit Homriş, got 4 percent. The figures show that despite Akşener's influence, nothing has changed.

As a result, the fact that a party with over 40 years of political standing could not hold any presence in Istanbul (a microcosm of Turkey), Ankara or the third biggest city of İzmir paints a picture of the MHP's failure. It is obvious from the voting results above that the root of the problem is not the candidate but rather the structure. In this respect, the only way for the MHP to secure a presence in metropolitan cities is to make reforms regarding the structure and the subject.