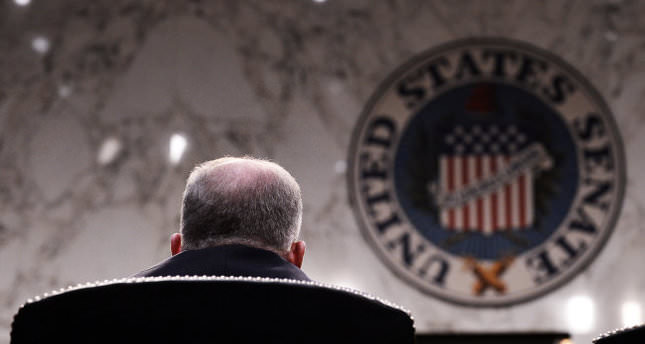 by Robert Speel
Apr 10, 2014 12:00 am
On April 3, the U.S. Senate Intelligence Committee voted 11-3 to declassify and making public parts of a report compiled by committee staff about the past use of torture by the Central Intelligence Agency. Following the attacks on the World Trade Center and the Pentagon in 2001, the CIA used practices widely considered to be torture against alleged terrorists in order to obtain information about the 2001 attacks and to prevent future attacks.

All Democrats on the committee, as well as Independent Angus King of Maine and three committee Republicans, voted for the partial public release.

But some Republicans who voted for the public release also criticized the report and the research that went into it for not interviewing all relevant CIA officials and for understating the value of information gathered by U.S. intelligence through the harsh interrogations of terrorist suspects.

The Senate committee will now work with the CIA and the Obama administration to figure out which parts of the report can be made public and which must remain secret for national security reasons. Early leaks to The Washington Post newspaper indicated that the report concludes that the harsh interrogation practices amounted to torture and led to little usable information.

While the CIA actions in question took place under the former Republican Bush administration, giving the dispute a partially partisan nature, the political battle between a congressional committee and an executive branch agency also represents a feature of government that differentiates the U.S. presidential system from parliamentary systems found in Europe and other countries.

The U.S. congress plays no role in choosing American presidents or even in nominating presidential candidates; and the U.S. constitution forbids members of congress from serving as officials in the executive branch. Therefore, the two branches of government operate separately in the U.S., often with conflicting goals, known by the writers of the U.S. constitution as "checks and balances."

While current CIA director John Brennan was appointed to his position by a Democratic president, the Democratic chair of the Senate Intelligence Committee, Dianne Feinstein of California, is engaged in a legal and political dispute with Brennan over the gathering of information for the report and its conclusions.

The U.S. Justice Department is now investigating committee staff members for possible prosecution in accessing the documents in question, while U.S. Senate Democratic leader Harry Reid has told the Senate sergeant-at-arms to investigate the dispute.

Congressional committees in the U.S. play a key role in the lawmaking process by drafting, reviewing, and approving proposed legislation. But they have also long provided an oversight role with investigations and hearings into the activities of the executive branch of government. Such investigations and hearings have played a key role in a series of famous American political scandals, from Watergate in the 1970s, the "Iran-Contra" scandal of the 1980s under President Ronald Reagan, and current Republican-led investigations in the House of Representatives about attacks on U.S. diplomatic missions in Benghazi, Libya in 2012.

The U.S. Senate and House Intelligence Committees were created in the 1970s after previous congressional committee investigations revealed that the CIA had been involved in a series of illegal and unsavory practices. The temporary Church Committee of 1975 (led by Democratic Senator Frank Church of Idaho) published reports about CIA attempts to assassinate foreign leaders in Cuba and Congo, and about illegal CIA spying on Americans.

The recent disputes between Senator Feinstein and CIA Director Brennan, however, demonstrate that the U.S. system provides some political mechanisms for investigations into government abuses beyond the journalistic or legal investigations or unapproved leaks of government documents and meetings found in other countries.