Toward Presidential Elections in Egypt 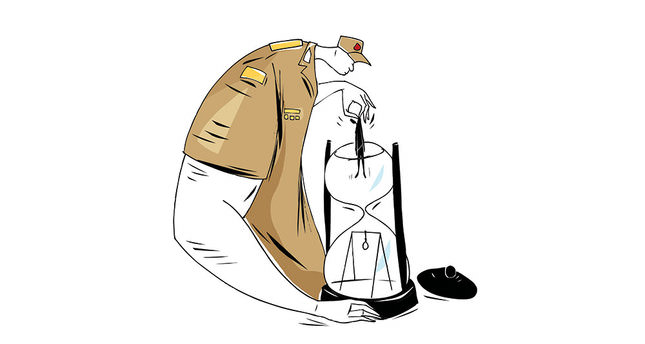 With the help of regional and global actors, the Egyptian regime will continue a "fencing in" policy toward the Muslim Brotherhood, which has become more active abroad and is bearing the brunt of regime efforts to pacify it during the election process

In a period of less than three years, Egypt has seen seven governments, three constitutions, six voting processes and four presidents; yet the country is not any closer to becoming democratic or stable. With an election cycle that will determine a new president, prime minister and parliament, the second half of 2014 aims to bring about an end to this era of instability. The Egyptian Supreme Election Board has declared that the first round of presidential elections will be held on May 26-27, 2014. According to the elections timetable, the results of the first round of voting will be announced on June 5, 2014. If in the first round a single candidate does not receive over 50 percent of votes, the two next highest candidates will move on to the second round. The Egyptian Supreme Election board will reveal the votes of the second round on June 16-17, 2014.

Before the Egyptian Supreme Election Board announced the election dates, Field Marshal Abdul Fattah al-Sisi resigned from the cabinet, paving the way for his presidential candidacy. In his resignation speech, al-Sisi, who has been a soldier since the age of 15, emphasized stability, nationalism and national unity. He confirmed that he would remove his military uniform to serve the Egyptian people.

While the new authoritarian-bureaucratic constitution grants wide-ranging powers to the regime, al-Sisi's candidacy shows that he wants to govern the regime from the presidential seat. The regime has been laying the groundwork for al-Sisi: Former interim Prime Minister Adly Mansour declared al-Sisi a field marshal and the Egyptian Supreme Council of the Armed Forces gave the green light for his candidacy.

All the while, the regime is preventing any possible alternative candidate from running against al-Sisi in the presidential elections.

Tapes were leaked in which Ahmed Shafik, who ran in the 2012 presidential elections, can be heard criticizing al-Sisi's candidacy and the steps taken by the military. Shafik eventually stated that he would not run as a candidate in 2014 and gave his full support to al-Sisi.

Retired General Sami Anan, who served under Tantawi rule, had also begun preparations for his presidential candidacy but abandoned his quest when assassination attempts were made on his life. Anan also subsequently came out in support of al-Sisi. The withdrawal of Ahmed Shafik and Sami Anan from the presidential race is a clear indication of the regime's insistence on al-Sisi becoming president. The rhetoric of national unity utilized by Shafik and Anan not only aims to paint an image of a powerful Egypt but also shows that the regime is bent on legitimizing al-Sisi's presidency and the July 3 coup.

The latest survey results in Egypt indicate that al-Sisi is beginning to lose his post-coup popularity. In the latest public survey undertaken by Baseera Research Center comparing data for the month of March, it is evident that support for al-Sisi has fallen. According to the survey, while in mid-March al-Sisi would have received 51 percent of the vote, by the end of March this figure had fallen to 39 percent. As much as the survey results are striking, so is the fact that the results were published in Al-Ahram Weekly. The newspaper has the highest circulation among Arabic-language newspapers and during the Mubarak era served as an organ of the ruling party and regime. The majority stakeholder of Al-Ahram is the state and it continued to support Mubarak during the 2011 protests. The publication of such survey results at a critical time like this signals division within the regime over al-Sisi's candidacy.

It is almost certain that Hamdeen Sabahi will run as a presidential candidate. Although Sabahi has been subjected to harsh criticism for his support of the July 3 coup, his achievements during 2012 indicate that his candidacy should be taken seriously. Sabahi has been trying to broker support from other political parties and avoid using aggressive rhetoric toward al-Sisi and the army. However, the fight that broke out on March 30 between al-Sisi and Sabahi supporters may be an indication of events to come. Even though election predictions are in favor of al-Sisi, Sabahi's candidacy poses a real threat to the regime, rendering the presidential elections more problematic than a constitutional referendum.

Salafist parties and groups will not be nominating any candidates and have made multiple statements that they will not support anyone.
Under the current conditions, the Muslim Brotherhood has opted to continue their boycott. This boycott will result in a series of protests before and after the elections. Especially worrying for the regime are anti-coup protests staged by university students.

To add to the instability, more protests are being held by workers.

Such protests that left the previous government in a difficult position are now carried out in memory of Hazem al-Beblawi. At the heart of al-Beblawi's resignation rests the reality that the country's cabinet was unable to resolve crises. In the past weeks, Egyptians have increasingly questioned Arab nationalism and anti-Muslim Brotherhood sentiment, and it is unlikely that the populace will be kept subdued until the elections. The change in the cabinet has not alleviated this risk.

The Elections from a Regional and Global Perspective the events and developments that have occurred in Egypt over the past three years have become regional issues. Gulf countries now play an important role in Egypt. Ever since the Arab Spring, Saudi Arabia has been trying to influence changing dynamics and political actors for its own benefit. Since the coup, this policy has left Saudi Arabia at odds with Qatar, which supports political change and consequently the Muslim Brotherhood. Since the coup, Egypt has become a battlefield for Gulf countries to play out their foreign policies and shape their national interests. Saudi Arabia, the United Arab Emirates and Bahrain jointly decided to withdraw their ambassadors from Doha. Since the Arab Spring, differences between the Gulf countries have escalated to a point of diplomatic crisis. The statement released by Saudi Arabia, the UAE and Bahrain reveals security concerns that differ to Qatar. Accusations that Qatar is meddling in the internal affairs of other countries and putting the security of members of the Gulf Cooperation Council (GCC) at risk are veiled comments aimed at Qatar's support of the Muslim Brotherhood.

Aside from intensifying Gulf engagement over Egypt, a commission set up by the U.K. to investigate the activities of the Muslim Brotherhood within its own borders reveals that Egyptian domestic politics no longer remain confined to Egypt. The fact that the U.K.'s ambassador to Saudi Arabia will head the commission is a key indicator of the underlying dynamics. Given that Saudi Arabia has made pacifying the Muslim Brotherhood an issue of national importance, it is possible that this has colored U.K.-Saudi relations.

It is clear with the Gulf states on the one hand and the U.K.'s actions on the other that prior to the presidential elections in May there is a regional and global policy of fencing in the Muslim Brotherhood.

However much the regime appears to be fully supportive of al-Sisi, it is realistic to expect cracks to show with the parliamentary elections.

All the while, the regime is trying to promote the image of a "strong Egypt" over al-Sisi's charisma and yet he is unable to attain the popularity seen right after the July 3 coup.

Al-Sisi's candidacy is a radical departure from the military's "above politics" stance in 2011. The low voter turnout for the constitutional referendum can be blamed on this radical change. If this trend continues for the presidential elections it will make it very hard for the regime to succeed in the parliamentary elections. The growing worker protests, as well as anti-coup protests, are an indication that scenes from the 2010 elections may happen again. With the help of regional and global actors, the Egyptian regime will continue a "fencing in" policy toward the Muslim Brotherhood. Already restricted in Egypt, the Brother- hood has become more active abroad and is feeling the brunt of regime efforts to pacify it during the election process. Thus, the regime will be able to hold the election in a stable atmosphere and legitimize the July 3 coup.