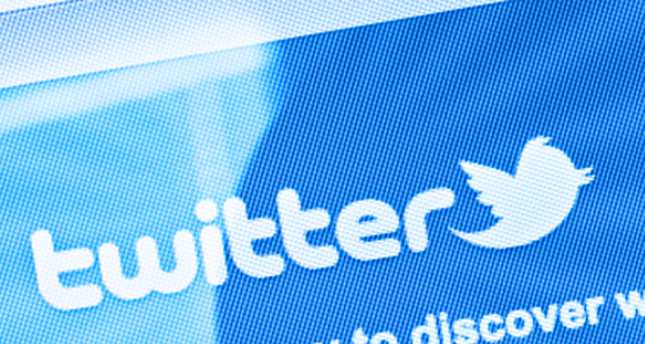 by Daily Sabah Apr 16, 2014 12:00 am
Turkey's ongoing strife with Twitter has yet again come to the forefront of public attention this week.

Unlike before, having faced fierce criticism over the past month for imposing a short-lived ban on the microblogging website, the Turkish government appears to be the winning side in this tech-savvy tug-of-war, possibly encouraging others to challenge the social media giant's ongoing immunity to national laws.

On Monday, local media outlets announced that Twitter VP Colin Corwell had arrived at Ankara to discuss the company's recent troubles with Turkish officials. According to media reports, Twitter representatives met with the Information Technologies Institution (BTK) and the Telecommunications Authority (TİB). A senior government official later informed reporters that the meeting had quite positive outcomes, as Corwell and others expressed the company's willingness to work with Turkish authorities to address the government's key demands, including greater compliance with court orders and the establishment of a contact office on Turkish soil.

The meeting took place against the backdrop of a controversial ban on Twitter that the Telecommunications Authority imposed on March 21, 2014.

The ban was overruled by the Constitutional Court earlier this month following an appeal by the social networking company. The fact that Turkey, one of the few democracies in the region, took such strong measures against Twitter and other tech companies surprised many observers at home and abroad, as the Turkish government repeatedly sought to justify restrictions against Twitter access as part of an ongoing discussion about the company's legal and tax obligations within the country.

On Monday, EU Minister Mevlüt Çavuşoğlu, who has been in touch with European leadership to provide insight into the Turkish government's position regarding the microblogging website, remarked once again that social media outlets could not be immune to the European Convention of Human Rights (ECHR) that ensures a healthy balance between freedom of the press and individual rights to privacy. "Twitter must have an office in Turkey to allow citizens to defend their rights," Çavuşoğlu added.

Our readers will recall that Daily Sabah, reflecting on Twitter's troubles with the Turkish authorities, published an editorial on March 22 to criticize the practice as an ineffective and unwarranted measure while acknowledging that the authorities raised some legitimate points regarding jurisdiction and national sovereignty. We did, however, continue publishing our news stories and opinion articles via our website as a token of our hope that the issue would be resolved in a timely manner to prevent undue interference in Internet freedom. At the same time, we commented time and again that the Turkish government and Twitter representatives needed to launch talks in an attempt to strike a healthy balance between Internet freedom and the law. In light of our earlier comments, we welcome the rekindling of dialogue.

At the same time, we must analyze the deadlock between the Turkish government and Twitter within the broader context of global tech giants and nation states, which is why the affair attracted considerable attention across the globe. The outcome of talks between Turkish authorities and Twitter could thus set a historic precedence for many nation states that remain unable to regulate the commercial activities of social media companies whose products are, by nature, intangible and therefore do not fit into traditional regulatory frameworks.

In other words, the ongoing battle between Turkey and Twitter has arguably led the country into uncharted territory where tech companies have long enjoyed a total lack of liability and legal obligations.

As such, the Turkish government's willingness to demonstrate its determination and resolve in the face of global criticism and emotionally charged accusations from domestic opponents seems to have paid off, as Twitter representatives are closer than ever to establishing a representation office on Turkish soil. At the same time, the affair is likely to score some points with the ruling AK Party's constituents as many voters are likely to regard Prime Minister Recep Tayyip Erdoğan as the people's champion who brought a global tech giant to its knees within a matter of weeks.

Simply put, Turkey's recent strife with Twitter may not have been pretty but there is no doubt that the affair will set an example for other nations and pave the way for greater regulation of social media outlets across the world while sending a clear message to other companies that they will have to make a stronger effort to work with, not dismiss, nation states.

The public has very low expectations about what politicians can do to end violence and instability in Iraq. This could be seen as a factor that will motivate political parties and leaders during their campaigning
RELATED TOPICS