The environmental report of the last local elections 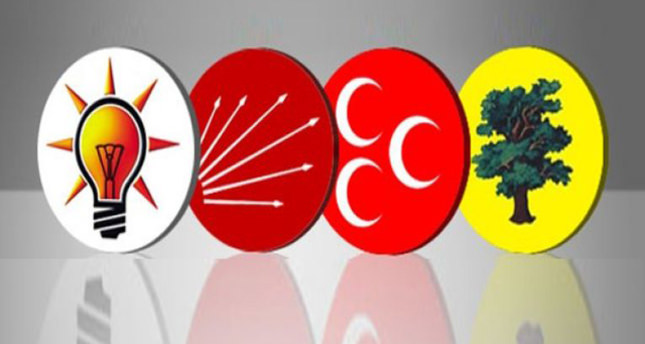 by Nigar Tuğsuz Apr 18, 2014 12:00 am
The environmental issue was a part of the discourse during the last local elections between the two most powerful parties, the AK Party and the Republican People's Party (CHP). Due to the intense atmosphere surrounding local elections, parties failed to discuss their projects enough and therefore this conciliation went unnoticed. The most important feature of election periods was the fact that great promises are forgotten after the elections.

Despite this, the most important motivation for voters is to know what kind of services they will have. Referring to the similarity in discourse of the two major parties, at least political awareness about the environment began to emerge. The unexpected discourse on environmental issues between the two opposing parties shows that this issue will be more important in the near future.

During his election campaign, Mustafa Sarıgül said a new understanding of the environment was the most important difference between the AK Party and the CHP's political agenda. Sticking to environmentalism could be a good strategy not only for the CHP but also for all parties to convince committed AK Party voters. In fact, it is perhaps the best strategy toward becoming a powerful opposition party. As the opponents of the AK Party, this political stance would be useful because during 12 years of the AK Party rule, the party has been accused of unplanned urban policies. Therefore, for the CHP, the environment is a strong rallying point against the AK Party with the contribution of the Gezi events. The CHP used de facto advantages with the help of its rhetoric to target the "progressive" ideals of the AK Party. In spite of this, what is interesting is that the CHP used extremely progressive discourse rarely used before. Paradoxically, the CHP's discourse was articulated with the AK Party's discourse, especially on environmental issues regarding the AK Party's urban projects.

In the last election, the CHP staked the AK Party's progressive ideals and mega-projects in spite of their populist municipal approach. The CHP moved away from its previous conservative position on Istanbul's third airport and third bridge projects, with slight changes only.

Obviously the party would take into consideration the AK Party's progressive efforts and its irreversible positive indicators.

In the last election, the AK Party was more conservative and the CHP was more progressive on environmental issues, for example the emphasis was on renewable energy. Secondly, compared to previous elections, representatives of both parties talked more about green projects. If they win the election, they made a promise to construct botanical gardens and green areas like New York's Central Park. They promised to reconstruct Istanbul as a modern and green city. We can welcome these kinds of conciliations among political parties because increasing mutual rapprochement between political parties opens the door to vistas of green valleys through clumsy buildings. Environmental discourses combined with sustainable development indicate an alternative third way between conservative and progressive ideals.