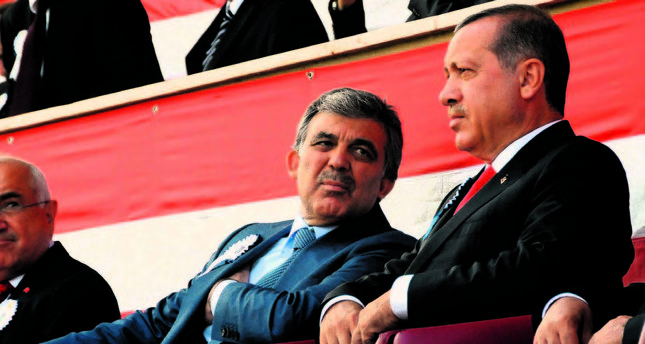 A mid a heated political atmosphere, Turkey's democratic system successfully passed a critical test in the form of the March 30 local elections and proved its strength in one of the most volatile regions of the world. Starting with the local elections, Turkey entered an election cycle that resulted in a landslide victory for Prime Minister Recep Tayyip Erdoğan's AK Party. People will go to the ballot boxes two more times this year. The AK Party's electoral victory with 46 percent of votes represents a great achievement for a ruling party that has been in power since 2002. Although the election was held to determine about 1,400 mayors and council members, the political picture that emerged will certainly influence the calculus of ordinary voters as well as other political actors inside and outside the country.

Since Turkish voters will head to the ballot boxes once again in about four months' time to elect a new president, media pundits are already discussing who will occupy the presidential palace in Çankaya for the next five years. The presidential election system was changed in 2007 and now for the first time Turkey will elect its president by popular vote instead of by the Parliament as was the case before. Therefore, the March 30 election results are perceived as a very strong indicator of the tough political contest to come later this summer.

As a matter of fact, the presidential election has always been a critical contest in Turkey for a number of reasons. First of all, in the Turkish political system the president plays an important political role simply because the office is tailored for coup leader General Kenan Evren and thus the constitution vests in the presidency's strong powers, including heading national security council meetings, appointing judges to higher courts, selecting university rectors and ratifying any high-level political appointments. Indeed coup makers in the 1980s intentionally created such a powerful watch-dog presidential office in order to maintain the military tutelage in the country. Thus, although constitutionally speaking Turkey has a parliamentary governing system, the president's role is not symbolic but very strong, which comes somewhat closer to the semi-presidential system of France rather than the U.K. This means that if the president and prime minister come from different political and ideological traditions, it creates a perfect formula of gridlock in running the system; such was the case before 2007.

In past elections, presidents were generally determined by a bargain within the state, a process that was heavily affected by the military. The constitutional amendments of 2010 were introduced by the ruling AK Party and approved by the people in a referendum in the hopes that past political and state crises could be avoided if the president was elected by the people. As a result, political leaders did not really discuss local issues in the run-up to the most recent local elections but focused instead on high-level national politics involving global conspiracy theories because everybody knew the election results would in fact set the stage for the presidential race.

Why the government's hand is stronger now?

The electoral map of Turkey drawn by the local elections reveals some of the political realities in Turkey.

For a start, the ruling AK Party's strength does not come merely from its 20 million supporters, but rather from its diffused support in society at large.

It is truly a catch-all party which gathers votes from many different segments of society and from every region of the country. In all of the seven geographical regions of Turkey the party ranks first, except in the Aegean region on the west coast where it ranks second to the Republican People's party (CHP). This shows that the party indeed represents Turkey with its all colors, while other parties' electoral bases are more geographically concentrated. No opposition party is yet nationally comparable to the incumbent party's powerbase.

Constitutionally and traditionally the president of the republic in Turkey is assumed to be a true representative of national unity and thus any person to be elected to Çankaya Palace should have as much widespread political support as possible. Now that only political parties can put forward presidential candidates and the race will also require strong campaigning, it is more likely that the ruling party will reach at least 50 percent or more of the popular vote.

Even the party label per se isn't enough to secure victory; any serious candidate must be politically experienced and a publicly known and respected figure.

There seems to be few high-level figures available for presidential candidacy, although one can find many aspiring politicians. As for the ruling AK Party, the local election results clearly show that in the upcoming presidential election in August, Prime Minister Erdoğan will have political, moral and public support for the presidential office. Given the election landscape, opposition parties individually seem to have no chance at winning the election. Even when CHP and the Nationalist Movement Party (MHP) compromise on a presidential candidate, their combined vote alone fails to challenge the AK Party's popular support. As the last election results show, even with the help of Gülenist foot soldiers the opposition seems unable to change its fate. On the other hand, we have to keep in mind that the Peace and Democracy Party (BDP) has a 5 percent solid Kurdish vote that is unlikely to go to MHP or CHP but it could be mobilized for an AK Party candidate. This electoral calculus will further strengthen Erdoğan's hand, making him a key actor for the foreseeable future.

Rumors abounding on social media that the West and especially the U.S. are now willing to dispense with Erdoğan were found to be unconvincing by many Turks. Turkish voters have come to the conclusion that Erdoğan already survived confrontation with Israel after the Mavi Marmara issue and the "one minute" affair, and the new Cold War and growing political tension between the great powers over Crimea has once more made Turkey an indispensable security partner for the West. Now that Erdoğan has emerged from the election triumphant and a stronger legitimate actor, international powers including Washington and Brussels have no option but to accept that they'll have to work with the AK Party and Erdoğan for the foreseeable future.