On the path of Kemalism, CHP and PKK : A new monotype mentality, Gülenism 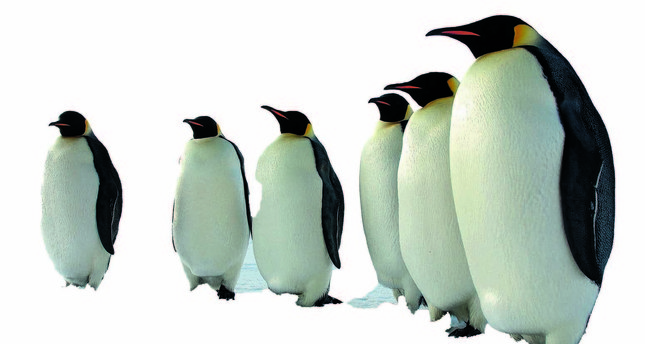 Kemalism has actually imposed on society is an identity crisis. In the same vein, Gülenism is the new monotype mentality as a religious structure that become another political ideology, excluding other religious ways of serving people

Since the period of the late Ottoman Empire, modernism, in order to catch up with Western countries' powers, has been a crucial subject of many questions. Turkey continued to pursue that ultimate (sacred) goal to be a member of advanced civilizations by imposing the 19th century's prevailing social, political and economic envisages. That ended up with the prevailing Kemalism ideology encouraging people to be Turkish and Muslim along with internalized Western values. The hegemonic power of Kemalist rulers and elites were equalized themselves, in addition to their myth modernization project, with the existence of the state and Turkishness, the rationalization of all their actions, despite popular will, was provided.

Thus, I don't think that there would be a problem with a top-down modernization project which has sought to be placed in Turkey, which is still operated by current CHP mentality. What Kemalism has actually imposed on society is an identity crisis. I am not going to discuss whether it is beneficial or not, but would like to mention my objections to it. Since it was being operated in vernacular Anatolian societies, their consent and all so-called socially, politically and economically as well as culturally modern impositions were enforced on people through state powers and capabilities. The fundamental and problematic idea of Kemalism has been that people are ignorant enough not to understand what is best for them and brainwashed by religion (Islam) and tradition, which make people reactionist (backward).

Secondly, the PKK and its core leftist (originally Marxist-Leninist) ideology was considered as the only way to obtain Kurdish salvation from imperialist powers (internationally Western states, regionally Turkish state and locally Kurdish aghas and sheikhs). Any other legal or illegal attempts or strategy apart from the PKK has, until recently been regarded as treasonous activities as they would have to agree to work within the boundaries of the embedded imperial state (Turkish) structure.

That is why, thanks to indirect assistance from the Sept. 12 military regime, the PKK managed to eliminate most other ethnic-oriented Kurdish movements and forced Kurds to be a part of the PKK or they would considered traitors. As a result, leftist solidarity and various Kurdish nationalist groups could not survive the post-1980 political and social arenas.

A basic transformation occurred when Kemalist state agencies used religion to demobilize the PKK and referred to them as "infidels," in addition to the formation of the legal Kurdish-centric political party in 1991.

Currently, it seems that the PKK and its inorganic legal extension suggest that they are the only alternative for normalization in Turkish politics.

The two single-minded modernization projects have remained under the tutelage of armed power. Kemalism preserved itself through Turkish military as protector and the PKK still conserves and affiliates its existence with armed militias.

The reason why I denote them as a mono-type mentality is because they reject alternative thinking as acceptable and also they spent a tremendous amount of effort to influence and shape politics via undemocratic ways. By doing so, social engineering as a process against people's free will, whether what people chose is corrupted or not, has always been activated to preserve their hegemony over people's minds. If my assertions are correct concerning projects/efforts/plans to encourage people in one direction where they are the driving force behind national policy, in accordance with their interests, be it in terms of institutions, ideology, or certain modes of understanding, then Gülenism is the new monotype mentality.

Being a sincere adherent of the Nurcu movement in 1950s-60s, and then extracting from it as the Gülen Movement focusing on serving people, that religious structure now proved to itself that it managed to be another political ideology excluding other religious way of serving people. This is because the designated criteria which it used to consider itself single and only for religion in Turkey and redesigning politics is in accordance with their way of understanding.

To solidify my argument, from a historical perspective, it is better to remember the official beginning of the Turkish-Islamic synthesis initiated by Kenan Evren who was the leading figure of the 1980 military coup d'état. That official policy of Kemalist military approach overlaps with Gülenism's infiltration policy into the state structure via loyal adherents transformed from ordinary people into disciples. The Nurcus' policy of changing society from top to bottom (Nurcus support for the Democrat Party since the 1950s) turned into the Gülenists' policy of co-operation with center-right political parties in exchange for the Kemalist state's neglect of a religious group's social operations. When the Kemalist state agencies could bear with Islamic activities both within politics and society, Gülenism took its first step toward being an ideology by intentionally not defending a Kemalist intervention into a religiously sensitive government partner (Welfare Party). In that time, this maneuver could be understood as pragmatic to protect what the group built for years, yet current developments practically indicate that this was not done with such intentions but for praising their understanding of religion, life, politics and society.

Relying on current critics of the incumbent government (AK Party) and its policies, Gülenism does not demand more Islamization or democratization, but apparently reduces the momentum of internal and external policies influenced by Islamic regulations as they think that Turkey does not have adequate power to deal with international (structure of U.N., Mavi Marmara conflict with Israel, Cyprus question, Syrian crisis), religious(coup d'état in Egypt, regional aspects of Syrian crisis, relations with Iran) and national (minority question, Kurdish question, Alleviate question) problems. What is problematic is not that type of thinking, but it is thinking that they could redesign politics as per their religious or profane ideas.

Eventually, I could argue that Gülenism is a recent politico-religious ideology demanding upper authority among state agencies. It seems that until they get what they want, they will not stop complicating politics and society, including toppling the current government through undemocratic ways, which is also the only hope of pro Republican People's Party (CHP) Kemalists and the PKK.