The 2014 general election in Iraq and possible spillover for Turkey 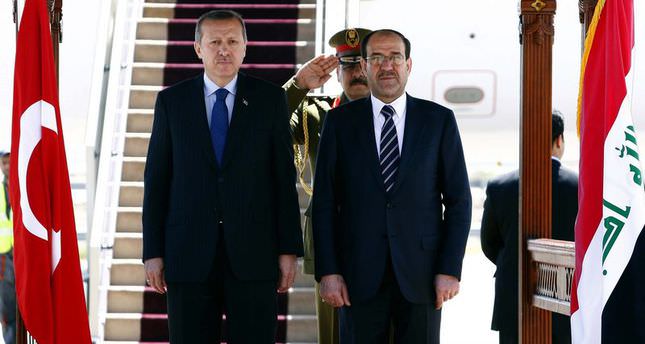 No single bloc is expected to win a majority of the 328 seats in the Council of Representatives. Mr. Nuri Maliki's Shiite-dominated State of Law Alliance is widely seen as the front runner. However, his chances of beign reelected for a third consecutive term are questionable.

Should he manage to secure his third term, Iraq will be engulfed in turmoil of sectarian and ethnic wars with serious regional consequences and tumultuous relations with Turkey.

Both Sunni Arabs leaders and Kurds have already signaled that they do not trust Maliki and are unwilling to submit to his centralist and authoritarian tendencies. If Maliki's re-election scenario exists, he will continue his marginalization of Sunni Arabs and even intensify the ongoing sectarian cleansing in Baghdad and several other provinces. This will drive Sunni Arabs into the arms of militant Sunni groups such as the Islamic State of Iraq and the Levant (ISIL) and will greatly weaken pro-Turkey moderate Arab leaders. Besides, the already deadlocked relations with the Kurdistan Regional Government (KRG) over the export of oil will take a turn for the worst; the KRG will drift further away from Iraq.

Recently, Masud Barzani stated to al-Hayat daily that he feels the political process has reached a dead end and he sees no hope for democracy with Maliki returning to power. His statement that "Kurds may resort to a referendum to redefine the relations with Baghdad and might take other options" is an implicit threat to declare independence. Barzani was also quoted as saying that Kurds feel Iraq's federalist constitution has been seriously compromised by Maliki. Therefore, the KRG wants to redefine relations with Baghdad on the basis of a confederation.

Both scenarios will potentially strain the KRG's relations with Turkey.

Finally, should Maliki manage to retain power, Iraq will continue its current policy as a main transit for Iranian weapons and war supplies to the Syrian regime, and the Iraqi Shiites who are involved in the Syrian war will receive a further boost. This will prolong the war in Syria and serve as a major obstacle to Turkey's attempts to stabilize relations with Iran and Arab countries. Furthermore, there is no love lost between Maliki and Turkey's Prime Minster Erdoğan.

The best scenario for Turkey in this election will be a result that will help to replace Maliki with another Shiite leader from either the pro-Sadrist current bloc, Muwatin of Ammar al Hakim, or a secular Iraqi leader such as Ayad Allawi of the Iraqiyyah bloc. It seems one of these blocs or a combination of them both, plus the Mutahedun Alliance of Sunni Arabs, the Kurdistan National Coalition, and the Turkoman National Front, will emerge as a viable alternative to Maliki's ruling alliance. In fact, all these groups have been holding talks to end the current regime, which has alienated them and led Iraq down a dangerous path to civil war.

Nevertheless, the serious deterioration of public services, the violence in Iraq at its highest level since the peak of the sectarian insurgency from 2006 to 2008, and his hold on power and inability to share it with his Shiite alliance have created for him many enemies among his Shiite constituency. Moreover, prominent religious Shiite leaders have indicated implicitly that they welcome any change that would bring improvement in services and unify the ranks of the Shiites. Many of his close aides have defected and decided to run in separate lists too.

His external backers are not as eager as before to support him to remain in power. Though the U.S. has declared its support for his war against terrorism, it is fully aware that its Arabs allies in the region such as Saudi Arabia are not pleased with Maliki's policies. In addition, the U.S. and Western intelligence sources are fully aware that at the behest of Iran the Maliki regime has been sending armed men and weapons to Syria. These western concerns were echoed in a report about the situation in Iraq recently published by Nikolay Malenkov, the U.N. envoy to Iraq, which irritated the Maliki regime. Even Iranian authorities are concerned about the growing level of tension in Iraq and they will be willing to support any other Shiite candidate which will secure their interests in Iraq. Some circles close to the Iranian authorities have spread rumors that Iran and the Kurds are working together to present Adil Abd Mahdi of the Supreme Council of Islamic Iraq as an alternative to Maliki.