Noah's pudding: A hint for peace 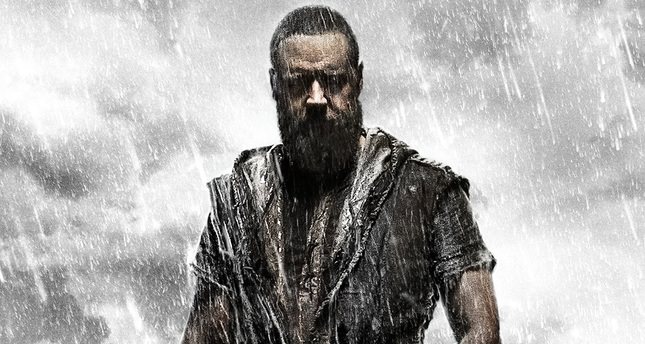 by Bülent Aras Apr 26, 2014 12:00 am
After watching the recent popular Hollywood movie "Noah," I started to look at different versions of the inspiring epic story. Then I remembered the recipes for the Turkish and Armenian versions of Noah's pudding (known as aşure in Turkish and abaşanur in Armenian). The only difference is there are no beans in the Armenian version. It is a dessert made of dried fruit and nuts and pomegranate seeds, spiced with cinnamon and cloves. My familiarity is about my Azeri origin, whose elders migrated from Karabakh.

The recipes for Noah's pudding had hinted at the flexibility and liberty intrinsic to the region where Turks, Armenians, Kurds, Arabs and others live together. What you have will be enough. Even just some dried fruits and nuts; whatever is leftover is fine. You can add more, and leave out what you do not want. Turkish-Armenian relations, in these days, are far from utilizing this liberty and flexibility to orchestrate a peace, which will change the regional landscape in this part of the world. Without a doubt, normalization between Turkey and Armenia will make this world, in particular our region, a better place.

The situation in the Caucasus is in no better shape and needs immediate action with no further opportunity for delay, and the best option at the moment is to address the situation as soon as possible. Border skirmishes and casualties at the Azerbaijani-Armenian border have even raised fears about the possibility of a new war in the South Caucasus. Georgia is trying to re-integrate its de facto separated territories, and most importantly is working to provide political and economic stability in the country. The Armenian economy is weakening, with emigration rates increasing year on year. Armenia tied its economic and political future to Russia, but Russian assistance has fallen short of what Armenia actually needs to address its problems.

Azerbaijan benefits from its oil and gas resources and utilizes these riches for economic reform and political stability at home. Azerbaijan has increased its role in regional energy geopolitics and uses this leverage to rally support for the liberation of the Armenian-occupied territories.

The status quo in the Caucasus is unsustainable, and a regional war is a real danger. This instability could rapidly spread to the Northern Caucasus, mobilizing suspended conflicts along with the intrusion of foreign elements. A number of simultaneous pushes would change the regional atmosphere, opening up more promising prospects for the future.

Armenia's withdrawal from a number of occupied regions - deferring a decision on the legal status of Karabakh - would be a positive step, and pave the way for the opening of the Turkish-Armenian border.

Armenia will be brought out of its isolation and reap the economic benefits of normalized relations with Turkey and Azerbaijan. A new perspective for Georgia with economic incentives and political targets would help to stabilize this country.

These ideas are my recipe for peace and stability in the region. I strongly believe that what we have today is enough for building a better future, in particular, between Turkey and Armenia. Once we have flexibility and liberty, which is in our genetic codes though we forgot, there would be great progress to make current problems a matter of the past. The great pain of 1915 would not disappear completely but may be eased if we share. The diversity of interpretations of 1915 is a healthy signal that there is empathy at the societal level. The Balkan Wars, World War I and the great pain of 1915 - we are having a hundred anniversaries of terrifying events in history. There is no single inch in this region, which has not witnessed the pain and sorrow of these traumas.

What is worse is to fail to generate hope for the future. The shameful catastrophe is remaining stuck in the past and falling short of achieving peace, which was the reality of this region for centuries before the current one.

Russell Crowe, starring as Noah, talks about "beginning" in the movie. Prophet Noah's message is about the future, making a sharp break from the dirty past. His message is about the difficulty of remaining clean. We probably will never achieve it completely but may come close to it in the future. We need to work on it. The only way is to have a future-oriented perspective. Turkish-Armenian normalization is not a distant possibility. It is the historic responsibility for the peoples and rulers in these two countries to work on a solution for the hundred-year-old traumas.

The recent past is full of animosity, hate and pain, but the future does not need to be like that. Hope, courage and commitment are enough to make this sweet dream into a reality.