Neither pre-emptive nor authoritarian...and by the way, not a doctrine 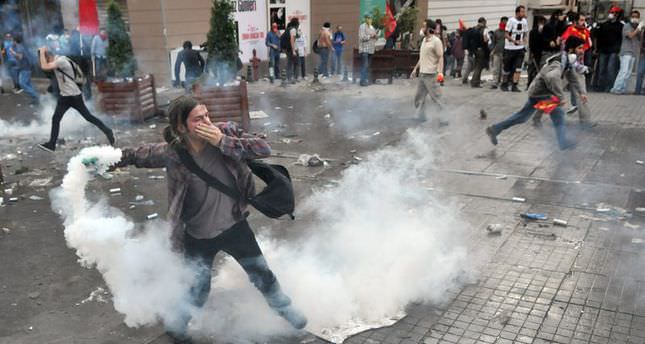 The AK Party goverment's groundbreaking outreach was met with the approval of the majority of the people, contrary to the expectations of pundits who are always disappointed by the ballot boxes

Prime Minister Erdoğan's "authoritarian tendencies" have long been a mantra for Erdoğan-bashers in Turkey and abroad.mustaMustafa Akyol, a prolific Turkish journalist, enriched the terminology with the contribution of "Turkey's preemptive authoritarianism doctrine" in an article of the same title (Al Monitor, April 10, 2014). The article provoked me to respond because it represents a mindset voiced by many here and abroad with increasing frequency - at least since the Gezi Protests - and reached its peak with the Dec. 17 attempt to topple Erdoğan with or without the feared ballot box.

Recent political history tells us that when the powers decide to hold the feet of a leader in the non-Western world on fire, such depictions abound. The differences are merely in tone or the specific tools employed and not on the modus operandi. Another and no less important reason for the response is the portrayal of people who support Erdoğan with unwarranted belittling, demeaning adjectives akin to those employed customarily by the laicist, self-proclaimed elite. We developed a thick skin for those insults - albeit not put as politely as Akyol does - by the privileged, wannabe Western crowd over the last hundred years. But seeing a young idealistic journalist who takes pains to differentiate himself from them and calls himself a liberal-devout Muslim falling in the same domestic-orientalism trap is disheartening.

Akyol concedes, however, that Erdoğan's behavior that is puzzling to the rational, objective Western observers is not irrational on his part, because "people here" like leaders with iron will. So the culprit, we understand, is not Erdoğan but the people themselves. After all, he simply gives them what they want because Turkish people supposedly have a culture that encourages stubbornness, threats and draconian stances, and does not believe in peaceful solutions that come from negotiations, bargaining and consensus and considers such peaceful solutions naive, weak or outright treason.

Let's get serious by first noting the glaring doublestandard he employs. It appears that the very character traits that make Western leaders "resolute, decisive, strong-willed" or at worst an "iron lady" as with Thatcher or Merkel, can make a non-Western, or worse yet, a Muslim, anything from belligerent, authoritarian to a dictator.It is likely that Akyol, like others employing similar terms, have more than Erdoğan's style or temperament in mind but their innuendos or foregone conclusions almost invariably lack facts in support. He too leaves us in the dark on what specific actions by Erdoğan or the behavior displayed by masses to lead him to such strong conclusions.

Let's take his sole example of the Gezi Protests, which he chooses to use to make his point and start by correcting a few factual errors he makes. There was no plan to build a "shopping mall as announced by Erdoğan" per se, much less construction activities. The whole shebang was about the relocation of a few trees, from Gezi to another park as part of the road expansion project which was unanimously approved by the Istanbul City Planning Commission, i.e. with support from the members of the Republican People's Party (CHP) which was behind the protests! The proposed plan Akyol mentions was to rebuild a historic building that stood there before it was demolished in 1940. The plan would include a museum, a large tree-lined court yard and possibly some shops as one of the options. But, that too was a moot issue, because the plan was scrapped by a court injunction.

The organizers were informed well in advance of the order but they hid it from the public so as not to let an inconvenient fact get in the way of a good "revolution" to topple Erdoğan. The real intention was acknowledged by M. Ali Alabora, a celebrity organizer, in his Twitter call saying, "It's not about the trees. Don't you still get it?"

Contrary to Akyol's reporting, many concessions were offered during meetings with Vice Prime Minister Bülent Arınç, and all-night meetings with a large group by Erdoğan himself, including the offer to decide the fate of Gezi in a plebiscite even though the law didn't call for it.This doesn't sound "uncompromising" by any standard.All concession offers were either rejected outright or met with outlandish demands such as cancellation of nearly all major public projects. Each consensus seeking effort was exactly served as "appeasement" for the protest leaders, who incidentally had no representative legitimacy.An agreement on principle with the protest leaders was not followed by the protesters. An order by Erdoğan to remove police from Taksim, for example, received declarations of "We toppled Erdoğan."

A relatively detailed account was called for, in order to refute the portrayal of the matter by a simple tenuous conclusion statement in line with the disinformation disseminated successfully in particular for the outside world. The people here noted the double standard in the use of terms such as "authoritarianism," "brutal crackdown" and "draconian measures" in reference to police response in the media as well as social media networks, compared to the reporting of Occupy Wall Street, London, Hamburg protests and rendered an opinion in their minds. My personal communication with renowned intellectual Noam Chomsky who declared he was a "çapulcu" (looter) too, gives some clues as to how they were convinced. In response to my question of where he got his facts from, Chomsky replied, "My reliable friends in Turkey told me." He also cited Amnesty International, CPJ and foreign media reporting in larger context as the basis for his contention.
Needless to say that he was not flattered by my "opinion before knowledge" remark in response to his answer.

Akyol's article gives some clues in explaining how they get their opinions. Domestic or foreign, an interlocutor has the liberty in the interpretation of the facts but not in making them to fit his preconceived conclusions.Evidently, Akyol himself couldn't make up his mind as to whether "a moderate tone would solve the matter," hence the preface "arguably." Unarguable fact in above-recited concessions did not.

Looking at the "people's political culture" at issue here, maybe we the "Turkish People" are bit more skeptical than some Gezi-spirited folk because we have the memory of what transpired before the first coup d'état that toppled the first democratically elected Prime Minister Menderes, who along with two ministers was hanged in 1960. We saw the eerie similarities with those and the reproductions of the same film time and again ever since, including several failed attempts during the AK Party's reign. We became what Gülay Göktürk, a respected liberal journalist calls "experienced citizens."Incidentally, what Akyol labels "liberal view," i.e. the one which opposed Erdoğan's handling of the matter, is not shared by most of the liberal intellectuals here, including professor Atilla Yayla, the most prominent among them.Be it as it may, however, when we heard fake cries at Gezi like "hundreds dead, they are taking babies from mothers... help us!" by prominent journalists like Can Dündar, we were reminded of disinformation circulated by the same CHP (what a surprise!) in preparation for the 1960 coup accusing Menderes of "making ground beef from hundreds of massacred students." We knew what time it was and responded accordingly with great patience, calm, dignity and wisdom, not with bellicosity, irrationality or vengefulness.The people also observed: Only in the last few years of the AK Party reign have the military coup attempts and party closings through the Constitutional Court become a thing of the past. That was the primary difference between Taksim and Tahrir incidentally. In Tahrir, the anti-Morsi masses were there to "invite" the military. In Taksim, for the first time, no such invitations were issued for they had lost hope that the military would honor such an invitation. They had to achieve the toppling through "civil forces," as one general put it, by employing means that appear to be democratic, such as putting forward legitimate sounding demands, for instance, "save the trees, no to coal-plants" and other similar sexy appeals by folks, including the biggest polluting industrialists to revolutionaries. In the interest of space, I simply suggest the reader research for himself or herself the facts from reliable sources and use the "Reagan test," i.e. what was the state of human rights 12 years ago, and what they are now. Even the most ardent critics of the AK Party admit that the taboo-breaking steps including but not limited to the negotiations with the PKK resulting in a lull in terror, restoring of cultural and political rights of the Kurdish people, an apology for the Dersim Massacre of 1939 to the Alevi-Kurds, the abolition of draconian restrictions on religious Muslims including the headscarf ban, an Alevi initiative, the restoration of certain rights of non-Muslim minorities including most recent returning of their foundation assets previously confiscated by the single party state of CHP and the most recent groundbreaking event of issuing an "acknowledgement of pain and condolence" statement to the Armenians for the 100-year-old tragedy are but a few examples of the steps once thought unimaginable.

More importantly, these groundbreaking steps were met with the approval of the majority of the people, contrary to the expectations of the above-described pundits who are always disappointed by the ballot boxes. This is hardly a picture of a people who awards only intransigence, belligerence, noncompromising stances and applauds draconian measures with other purported primitive
instincts.