Finally Europe and Turkey agree over one thing 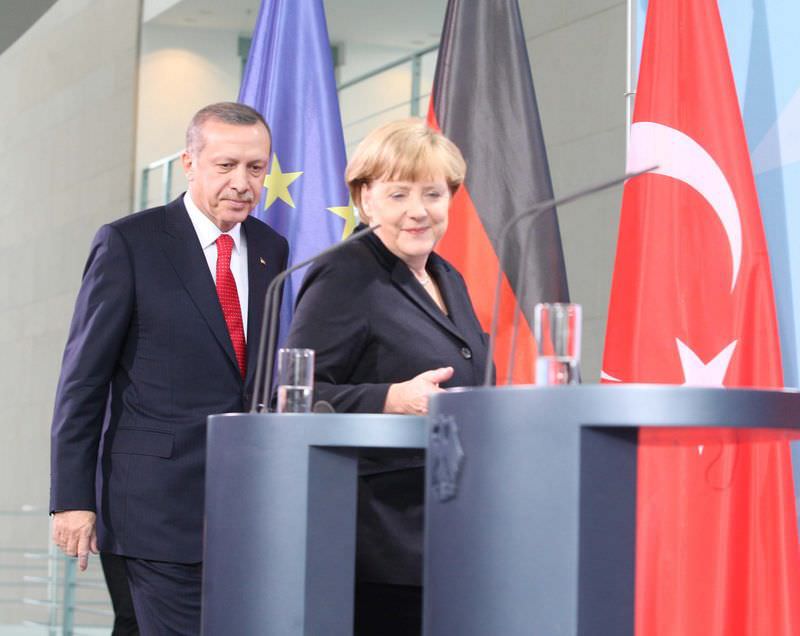 Turkey should still work on being an EU member, despite the mountain of regulation it will have to adopt.

Can you remember what you were doing on New Year's Eve in 1999? If you were living in the Belgian capital, you might have noticed that the usual New Year's fireworks display had a bit more fizzle and crack in that particular year.

On New Year's Eve in Brussels in 1999, euro paraphernalia was also crudely stuck up around the infamous Cinquantenaire Arch, rumored to be built with the blood money of King Leopold II's evil plundering in Zaire at the end of the 19th century. The fireworks, which were always organized by the Brussels government for its own inhabitants, were filmed by the European Commission's Directorate Generale of Information and then the footage was offered free to broadcast journalists as "Belgian jubilation" at the arrival of the confounded currency. Put in simpler terms, the EU executive filmed the Brussels New Year's Eve firework display and presented the video as handouts to broadcast journalists as "excitement" and "jubilation" footage of the single currency's arrival.

This might have been a warning shot to a few of the Turkish journalists encamped in the cozy EU quarters that the project was perhaps flawed and that Ankara should not want to be part of it. But in those days the benefits of being an EU member looked much more patently clearer than now and the foot-dragging and disingenuous negotiations has only shown Europe in its worst light, making many Turks tired of the idea now.Human rights did not feature in Romania and Bulgaria joining, two countries so beset with corruption that in Sofia no one even bothers denying that the judiciary is entirely in the pocket of mafia bosses. In Romania a business model of how to show that you are tackling graft has even been created. Most Romanians have lost count of how many anti-corruption agencies there are now "but we should export it as a national product" a famous TV journalist there once told me.

So Prime Minister Recep Tayyip Erdoğan's chief economic advisor Yiğit Bulut's recent claims that "Turkey will no longer need Europe," are perfectly understandable.But he's entirely missed the point. Turkey never actually needed Europe in the first place. In fact, there is a case now to be argued that Turkey joining the EU would be such a boost to Europe's credibility, that now for the first time, Ankara is in a key position to negotiate its own accession criteria, on its own terms.As Turkey moves rapidly toward being a regional superpower economically, this shining star of free market reform would help the EU project to no end in a period where Europeans badly need to see what exactly is the point of EU institutions in Brussels. If Turkey could be the "off shore" platform for hundreds of European firms wanting to penetrate Middle East markets, for example, perhaps the three giants of Europe - France, the Britain and Germany - would see Ankara in a very different light.

But European governments are too wrapped up in their own problems to look outwards. Even calls last week from one of Germany's political parties to scrap the whole Turkey accession process because of the Twitter issue smacks of atonement-by-numbers. The truth is that Germany is beginning to realize Turkey's potential and is starting to see it as an economic contender, rather a poor relative, of which Berlin has plenty of since 2004 when the EU expanded eastwards.

And just look where the project is now. The euro is finally stable, yes, but at what cost to those countries who perhaps should not have adopted it as stabilizer to their own economic woes in the first place? It's not only Greece. Ireland's economists talk about 15 years before the economy fully recovers from its recent euro bailout. Portugal now looks to its former colony Brazil as its imperial leader, financially. Entire towns in Spain are abandoned due to the collapse of the economy and skeptical countries like the U.K. are seriously debating for the first time leaving the EU altogether.

And it's not only the euro some are arguing. Being part of the EU means tougher than realistic economic measures having to be imposed on countries like Romania and Hungary which have almost become like third-world countries since joining, skeptics claim.
The myth that is always heard in the corridors of power in Brussels is that "the smaller European countries are always the winners in the EU" has finally been seen in the naked light. Those very countries from the eastern bloc who joined believing they had so much to gain are now the biggest losers, with the notable exception of Poland.In those early days of the euro, we heard Brussels tell journalists that with the single currency, greater political consolidation would emerge.The EU project would be strengthened. And then Romano Prodi , the Commission President, championed the entry of 10 former Eastern Bloc countries to become full members.Again, this, to anyone who was prepared to observe patiently, was all about strengthening the credibility of the project, but also about weakening the hold that, until then, France and Germany had over the rest of Europe.It was called the Franco-German axis and we were told that with a new EU of 25 members, the power would be evened out more.

But in fact, even if this ethos was a genuine one, no one - not even the hardcore eurosceptics - could have predicted what Europe is today. Gone is the Franco-German axis, which has been replaced with simply the German-German axis. The republic, under Angela Merkel, is a superpower in Europe both politically in Brussels and economically in the 28 nation block. Germany is the only real clear winner of the Euro Project.And Germany is now calling the shots.

This is why when Turkey hears German politicians saying that Ankara should be kicked out of the so-called "EU accession" process, it shouldn't be taken seriously.The unpalatable truth is that there was never a genuine offer in the first place to be part of the EU block as despite the EU pushing hard for it, Germany and France would never buy it. In fact it was not only these EU member states who knew it would be an election-loser for the unfortunate incumbent government saddled with such a task but also the EU institutions in Brussels.
It was often mentioned to me by friends working in the European Commission - an institution so corrupt that for 11 years running the European court of Auditors failed to sign off how it spent 100 billion euros (TL 294.5 billion) each year - that Turkey joining the EU would present a problem for the credibility of the EU executive. The idea of having to accommodate at least a 1,000 Muslim civil servants in the EU institutions might present problems in what is essentially a monolithic, Christian Masonic house. It is important to remember that a pan-European freemasons' network permeates the higher floors of all three major EU institutions - the Commission, the EU Council of ministers and of course let's not forget the European parliament.

The European parliament is a strange organ in the euro beast as it doesn't even try and model itself on national assemblies. Indeed, where in the world, let alone Europe, does one find a parliament where its members are prohibited from proposing legislation?

Yet many overpaid MEPs who fiddle with their expenses to the tune of an extra $100,000 (TL 212,623) or more a year, are expected to endorse the entire EU project, which is largely a gravy train for around 50,000 individuals who earn fantastic salaries within the EU institutions. The European Commission - a super, nonelected executive administration - proposes the legislation, busying itself with the self-serving role of regulator which always prefers to craft new rules rather than enforce the present ones and is seen as the most powerful of institutions in Brussels - and critically the lead on everything to do with accession countries.Accession is becoming more of a joke each day though with Macedonia - a country whose only real economic virtue seems to be colossal VAT fraud through cigarette smuggling - the latest applicant.Enlargement is after all like the euro and foreign policy: all PR tools to gain credibility.

Everyone in the commission believes that the EU project is fragile and its greatest concern is the reality of its momentum receding. "It's like an old person on a bicycle" one explained to me once. "If they move too slowly, there is always the danger they'll fall off and then never get back on." The Eurosceptics, mainly the British compare the EU project to a shark which has to keep moving, otherwise it perishes. Either way, as the EU heads towards its own euroelections in just a few weeks, few in Brussels doubt that farright parties are going to take more seats this time around, as Europe's citizens are showing all the signs of switching off altogether.

And so with more nationalist parties expected to take more MEP seats in the coming weeks, the xenophobia is only expected to increase. In the U.K., the U.K. Independence Party (UKIP) is expected to take the majority of British MEP seats in the European parliament. Europe is in recession politically and economically and with very few success stories of "accession states" joining, it's only natural for Turkey to resort to a more petulant stance. For therein lies the heart of the darkest fears from those at the highest echelons of the European project: to be ignored and favored by "the other power block," the U.S.

Turkey should still work on being an EU member, despite the mountain of regulation it will have to adopt, for one simple reason, which was demonstrated recently during the Gezi park protests where many commentators blamed "foreign governments" for dramatic fluctuations in the lira. If Turkey was an EU member state, having a few buddies on the inside to fight its corner would be invaluable to keeping the economy on an even keel during a few inevitable periods of tension in a country which is still struggling to come to terms with its own remarkable growth.

* Beirut based correspondent for Deutche Welle TV and the Mail on Sunday (UK) newspaper. @MartinRJay