Observation of the KRG: Final situation in forming government 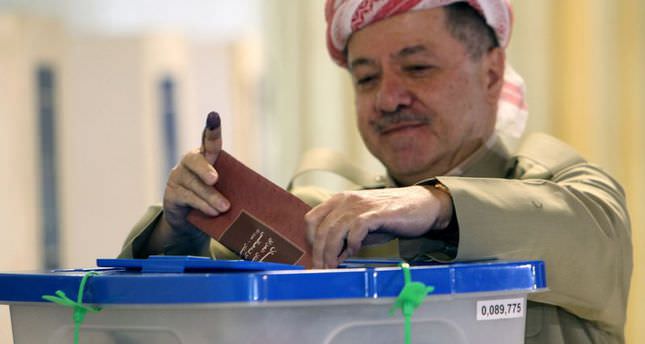 by Oytun Orhan, Bilgay Duman May 03, 2014 12:00 am
While parliamentary elections are being held in Iraq, the Kurdistan Regional Government (KRG) is having two elections concurrently.

Along with parliamentary elections, the KRG is also holding provincial council elections. It is obvious that local elections carry more weight than parliamentary elections in terms of Iraqi Kurdish politics. Although the general elections are important when viewing the balance of power among the parties and getting a larger share in the central government, all Kurdish parties have one common idea: acting together against the central government. The main competition seems to take place in the local elections, which is why Kurdish parties concentrate on them.

Although the parliamentary elections were held on Sep. 21, 2013, in the KRG, the regional government has not yet been formed. The underlying reason for the problem is the competition for sharing ministries between the Movement for Change (Gorran), which came in second in the elections, and the Patriotic Union of Kurdistan (PUK), which regressed to become the third party. The PUK strictly objected to Gorran's holding the ministries of Peshmerga and finance. The PUK wanted at least one of the four critical ministries - Pershmerga, internal affairs, finance and natural resources - to be given to it. It especially concentrated on the ministries of Peshmerga and internal affairs. It also demanded that governmental talks should be carried out through mutual meetings, not with the participation of a single party.

Following the meeting with the KIU, some other meetings were held between the KDP and PUK on the same day, with no sign of reconciliation yet. The parliament, which can gather only once in six months, met on April 29 and elected its president, vice president and secretary general. Even if PUK attended the congress, 18 of its members boycotted the ballot and did not vote. At the end of the congress, the Gorran Party's Yusuf Mohammed Sadiq was elected president of the parliament, Jafar Iminki, from the KDP, was appointed as vice president, and Sheikh Fahri from the KIU was chosen secretary general. In Monday's session, it is supposed that Nechervan Barzani from the KDP would form the government. Under these circumstances, even if the government is not formed officially, there is consensus over distribution of ministries among the parties. It means the process of forming the government has been initiated. The government is to be established 45 days after Barzani's swearing in. According to PUK, Gorran is trying to collaborate with the KDP to establish the government in order to have an advantage against PUK if it tries to topple it.

However, from another point of view, if PUK had entered the government before the elections in a way that revealed that it could not find what it expected, this may have scaled down its percentage of votes. Therefore, the PUK will enter government after the elections.

As the PUK thinks that the April 30 elections would militate in its favor, it continues its plans about government through the new distribution of power.On the other hand, other parties want the government to be formed in accordance with the results of the elections that took place six months ago. Therefore, on the eve of elections, all the other parties apart from the PUK were reconciled to commence the process. The PUK's expectation to get stronger in the elections has two underlying reasons: The first is that it is different from the KRG elections, as the Iraqi parliamentary elections will involve cities, especially Kirkuk, where the PUK is by far the strongest party. The second one is the consideration that Gorran will lose some of its votes to the PUK.

Since its establishment, Gorran has challenged the alliance between the KDP and the PUK and the system that is based on the distribution of power. A public that yearns for change appreciates this. But now, Gorran has reached an agreement with the KDP, the party that it criticized most and has become a part of the governmental system. Even if Gorran claims that it agreed with the KDP on the topics that will pave the way for radical changes and that they are not part of the old system, the public may not consider them and vote for PUK in reaction. In this context, it is possible to suggest that the PUK's attitude may have a determinative role in terms of Iraq's general politics and the Kurds. The picture that will come after the conflict between Gorran and the PUK in the provincial council elections should be observed carefully.