From revolutionary strategies to civil politics: The KCK's decision on marriage 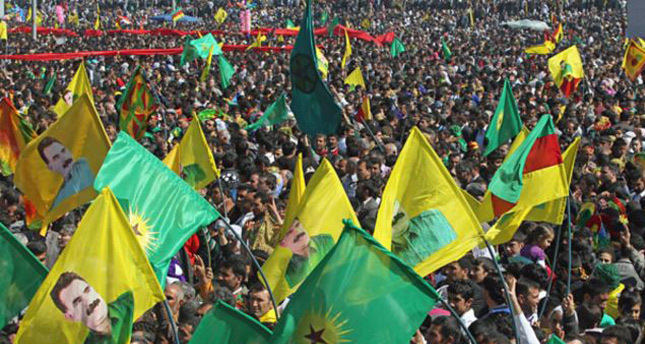 by Rahman Dağ May 07, 2014 12:00 am
According to an Iraqi-Kurdish website, the KCK recently made a symbolic and dramatic decision to lift a ban on militants marrying one another. If this announcement proves to be accurate, then it should be regarded as one of the fundamental steps which could contribute to the ongoing peace process in Turkey. The seemingly insignificant news might go unnoticed on account of the last declaration by the KCK warning the Turkish government to discontinue the peace process unless it takes steps forward immediately following the March 30 local elections. To prevent such a mistake, this piece would try to emphasize its prominence.

As is well known, the PKK was founded under Marxist-Leninist ideological principles aiming at freeing all exploited people from imperialist powers until a proletariat administration is formed. As a part of this ultimate target, the first initiative would be taken by freeing Kurds from the suppression of regional imperialists, primarily Turkey, Iraq, Iran and Syria. It chose to back a revolution supported by the people to topple down the imperials power foci. As a revolutionary strategy and also as a requirement of ideological commitment, gender differentiation has been reduced to be something akin to nonsense in order to concentrate on the revolution and serving the leadership. This is not to imply that men and women are always sleeping under the same roof or in the same cave. However, the desegregation of genders was being used as an indication of ideological and organizational commitment as well as presented as a revolutionary act in terms of emancipation of women from patriarchal and traditional (religious and cultural) hegemony.

Based on this information, I would argue that letting militants marry each other could mean that rigid ideological boundaries have been losing their strictness. Following that, it is also now arguable that the PKK (KCK and its legal extensions) is not seeking to transform Kurds into what it wants, but actually it is becoming like people since, and taking into consideration traditional and religious structures, most of which Kurds, whether they are modernist, revolutionists or conservative, approve of. Either way, it is going to be undeniable that the PKK and illegal Kurdish movements' militants are coming closer than ever to integrating themselves into civil society.

From an opposition political perspective, it can also be seen as a justification method or a sort of preparation for the PKK to turn into a legal political party within new Turkey with the PKK transforming its militants into civil grassroots electoral support. In addition, allowing militants to marry each other would end allegations of rape and murder stories among militants, especially for high-ranking commanders.
All these arguments made in so few words would, I argue, contribute to the peace process in Turkey. This is not only because militants would easily settle down but also because the disarmament process of PKK fighters (some can call them as terrorists) would be much smoother. It might seem like too much of a conservative stance. I argue that having a family bound with love as well as potential of having children is not something that can be easily risked. Therefore, for who have love between each other and decide to marry will definitely be in favor of peace process. Such a demand stemming from love will be one of the stronger stimulation for bottom-up support for peace so they can live in a peaceful atmosphere in which they can raise their children. Is this not what we all would like?

* Director of CESRAN-Turkey desk and Doctoral candidate at Exeter University