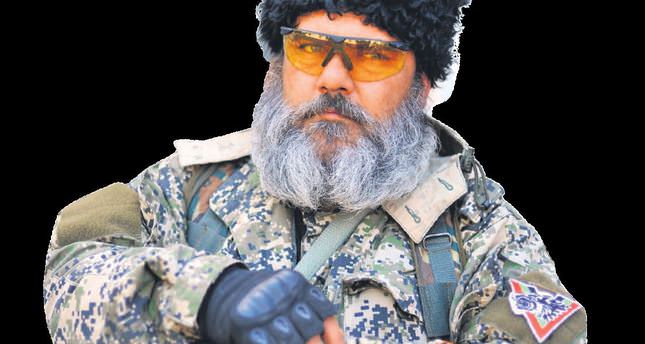 years as an autonomous region in an independent Ukraine hardly changed Crimea for the better. It is now notorious for the lowest living standards in the country, suffering from a lack of much-needed investment, piling infrastructure problems and is feeling the effects of increasing tensions between the Russian and Ukrainian population

It's quite a question to ask these days, and no simple answer is given. The West yells, "annexed," and the Russians growl "reunited" and welcome the peninsula's return, while the truth - as is always the case - remains somewhere in the middle. Still, chances are slim for Ukraine to get Crimea back.

International law is both crystal clear and evasive on the matter, appealing to the world to respect sovereign borders and territorial integrity on the one hand while granting the right of self-determination on the other. In other words, all nations and nationalities have a legitimate right to decide within the borders of their countries whether they want to become independent and potentially join another state or association of states.

But before they do this, they would most likely be accused of separatism and grossly punished.

The story of Crimea is different. Its estrangement from Ukraine looks like a well-planned action to produce a peaceful divorce without saber rattling, though flavored with war-mongering Western rhetoric. In mid- March, Crimea held a referendum on its independence and whether or not to join the Russian Federation. This created suitable legal grounds to reunite with Russia for the benefit and prosperity of its people.
Putting politics aside, one has to admit the lack of stability and a deteriorating economic situation in Ukraine during the past decade were far from motivating Crimea to continue its autonomy inside Ukraine, not to mention remaining within its sovereign borders.

What is more, let's not disregard Crimea's ethnic bond with Russia. This is in contrast to increasingly loud anti- Russian nationalistic sentiments in Ukraine.

Finally and frankly, the stability of Russia's economic prosperity and its likelihood of positively impacting living standards even in the most remote corners of its far north and Kamchatka sadly are the opposite of the worsening of life conditions, growing unemployment and overall infrastructure degradation in Ukraine. That was the last and crucial drop to exhaust the patience of the Crimean people. Enough would be to recall that the world's longest passenger trolley line that connected the only international Crimean airport in Simferopol with the rest of the peninsula continued at the time of referendum to operate the Soviet-era vehicles largely produced back in the 1970s.

Crimea became Ukrainian by chance back in 1954 and the development, now of major importance, at that time largely escaped the attention of the international community, while being hardly meaningful for the Crimean people either. Both Ukraine and Russia were part and parcel of the Soviet empire at that time and the change in Crimea's administrative subordination was a formality decided upon by the Soviet Politburo in a matter of minutes. The move was to sweeten the Ukrainian ruling elite of the 1950s, as Soviet leader Nikita Khrushchev strived for their support in his emerging struggle against Joseph Stalin's legacy - the 20th Communist Party of the Soviet Union (CPSU) Congress was still looming. By chopping off an integral part of Russian territory jointly with its citizens, he seemed to have totally won them to his side. For the totalitarian Soviet regime, the human factor was of no value.

For Crimean residents of different nationalities, life continued without a visible change until the Soviet Union fell apart. The leaders of the Soviet Republics of Byelorussia, Russia and Ukraine got together in the autumn 1991 to formally terminate its existence. Having done that, they announced the establishment of the Community of Independent States (CIS) to incorporate the post-Soviet republics, the newly emerging sovereign and independent states. The national borders of those new states became the administrative borders of the former Soviet republics. Crimea and Sevastopol were incorporated into independent Ukraine. Only then did the 1954 decision of Khrushchev acquire its actual meaning.

Years later, Leonid Kravchuk, a former Ukrainian president, admitted his natural surprise with President Boris Yeltsin's not debating the status of Crimea. Apparently Yeltsin was expected to at least raise the issue of regaining Crimea, but never had the guts to do that to the bewilderment of not only Kravchuk, but the people of Russia, not to mention the Russian residents of Crimea. A pearl in the crown of the
Russian empire

Crimea's accession has been a major event in Russian history. It made the Russian empire a Black Sea power with Crimea as its stronghold and Sevastopol a cradle of its Black Sea fleet with a sophisticated fortification to safeguard the southern imperial borders.

Few Russian cities besides Sevastopol enjoy such a special place in the Soviet history of World War II. The most famous Soviet music composers, moviemakers, artists, writers and poets paid a tribute to the heroic defenders of Sevastopol, a legendary city. One of the cruelest battles of that war was a 200-day Soviet defense of Sevastopol from 1941 to 1942 when its army suffered heavy casualties and lost thousands of men. In its turn, the 1944 Sevastopol defense and surrender cost Nazi Germany almost its entire Black Sea fleet.

It's been granted status as Russia's federal subject to become the third city of this kind besides Moscow and St. Petersburg.
Known traditionally as Russia's southern combat outpost in the Black Sea region, Crimea has had an established reputation as a sea resort as well. The dry, subtropical climate, warm sea and picturesque landscapes had made it a beloved recreational area of Russian aristocracy since the beginning of the 20th century.

Russian nobility, including the royal family, used to spend summers at their posh mansions and palaces in Yalta and Alushta that for many of them turned into the last refuge before emigration in the aftermath of the 1917 Bolshevik revolution. It's from Crimea back in 1920 that the defeated Russian White Army commanded by General Peter Wrangel left to settle in Gallipoli, Turkey, and from there the last members of the royal Romanov family left for their life-long emigration on board the HMS Marlborough, sent by their reigning British relatives.

Ironically, it's at Levadia Palace in Crimea, once a summer retreat of the last Russian Tsar, Nicolas II, the leaders of Great Britain, France, Russia and the U.S. gathered for the 1943 Yalta Conference to decide on the post-World War II borders in Europe.

After the Bolshevik revolution, the emerging Soviet elite fell into an established tradition of cherishing the Crimea as an exquisite summer resort. People of prominence considered it a must to spend annual summer holidays there. The royal palaces and posh mansions of Russian nobility became recreational facilities for high-ranking CPSU leaders and their families, while more modest summer retreats were built for the lowerranking bureaucrats. In the meantime, striving for the summer sun and warm waters of the Black Sea, people from all over the Soviet Union had to settle for renting local lodging and using primitive public catering.

Still and regardless of the apparent shortcomings, the Soviet people from generation to generation continued to treat the time spent in the Crimea as the best days in life.

The attraction started to fade by the end of the 1960s when newly installed Kremlin ruler Leonid Brezhnev fell in love with Sochi and its surroundings. Crimea fell out of fashion, and the bureaucrats and elite replaced it with the more modern and luxurious facilities of Sochi, as a beloved place for recreation. Construction of resort houses slowed, budget allocations for local infrastructure shrank, and once a "pearl in the crown," Crimea was downgraded to the province of the Soviet empire with pits and holes in the streets and peeling paint on the stucco facades of once handsome mansions. Though in the West it was still considered a famous resort compared to the French Cote d'Azur, the reputation was largely a tribute to the old and forgone glorious days.

Twenty years as an autonomous region in an independent Ukraine hardly changed Crimea for the better.

It is now notorious for the lowest living standards in the country, suffering from a lack of much-needed investment and piling infrastructure problems and home to increasing tensions between the Russian and Ukrainian population.

A load to bear

How fit Russia is to shoulder troubled Crimea remains to be seen. Festivities and joy quickly fade when promises are not kept and are replaced by social conflict and national friction. Life is rich with these examples. A multiethnic community residing today in the Crimea and overburdened with a combination of problems is a major challenge for the Russian government. Not only does it need to incorporate Crimea into the Russian Federation, but it also must find a prompt and healthy solution to Crimean problems that have accumulated since Soviet times and been neglected by Ukraine for 20 years.

Russia is a rich country, its economic position is good and stable, and the Russian government is tough and means what it says. As such, it's in a position to duly support and upgrade Crimea to its deserved level. No doubt, Russia will overcome U.S. and EU sanctions. It is not realistic to expect it to change its position on Crimea and let it go back to Ukraine. Still, this is politics, and one may argue how determined Russia is. Everything becomes feasible in this country only when political will is in place, and this is what remains to be seen.

As for Ukraine, how determined is it to win Crimea back? Loud rhetoric from Kiev and the fearsome yells of Yulia Timoshenko to "get it back" do not look to be producing the desired effect. More realistic would be the position of presidential candidate and chocolate magnate Petr Poroshenko: Ukraine has to show Crimea that being autonomous in Ukraine is better than being a subject of the Russian Federation. Well, it may happen one day, though most certainly not in the foreseeable future.

As for Russia, the biggest challenge today seems to be keeping a delicate balance of trust between the ethnic groups traditionally residing in the Crimea and the Tatar minority. It looks like the right developments are on the way. In mid-April President Vladimir Putin signed into law a decree on full political rehabilitation of the Crimean minorities of Tatars, Armenians, Greeks, Bulgarians and Germans and the full restoration of their rights, an act of mercy awaited for half a century.