What is the prospect of Turkey for 2015-2016 UN Security Council seat? 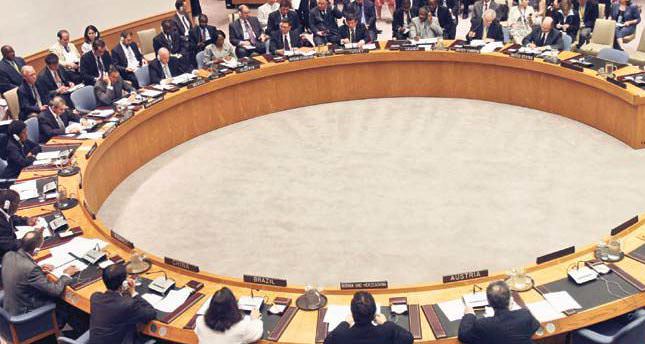 Why is membership so important for Turkey?

In the last decade, Turkish foreign policy has registered significant progress due to Turkey's dynamic economic and political transformation. With this new understanding, Turkey's foreign policy has become multi-dimensional, and as a result, Turkey has declared its strategic goal as becoming a central country rather than being called a bridging entity between Europe and Asia.

Meanwhile, political stability and economic growth in the area of low politics have acted as catalysts for a more assertive foreign policy. In particular, Turkey, which previously had long internalized a Western identity for itself, now has realized its Eastern part; following this, an expansion in the Middle East and Africa has given it the opportunity to re-emerge in areas or it provided new spaces for Turkey. In addition, along with the Soviet collapse, relations with newly emerging Central Asian Turkic republics, which were first launched in the Turgut Özal Era, have caught momentum in economic, political and cultural spheres.

Turkey has been pre-occupied with international problems, especially occurring in its near abroad, and appeared more precisely in international politics through the influential enterprises of both its governmental and nongovernmental institutions. So, to make its profile more and more apparent in the international realm, Turkey cares about U.N. Security Council membership, which is the most respected membership on the international stage. There are two main reasons why Turkey eagerly wishes this membership; first, Turkey wants to play a significant role in emerging problems by consolidating its reputation. Especially, coming up in the Arab Spring atmosphere, Turkey intends to announce its voice directly. Second, most importantly, Turkey wants to compensate for its inability to change the structure of the U.N. Security Council by doing its best in the present system.

The main factor behind Turkey's election to the U.N. Security Council in 2008 by 151 votes in the U.N. General Assembly can be interpreted as reflecting the merits of economic growth and transformation in domestic politics over foreign policy.

In this approach, which was constructed by Ahmet Davutoğlu, Turkey's near abroad is considered as an opening door to Afro-Eurasia. This approach, supported by the "Zero Problem with Neighbors" policy, resulted in more robust relations in economic, political and cultural fields.

The emergence of new capital groups and their pressure on the government induced Turkish foreign policy makers to prioritize investment and trade opportunities in foreign policy making. The hundreds of businessmen that accompanied the president and prime minister's diplomatic visits led to Turkey being called a "trading state." Trade and investment opportunities have been influential in shaping relations between Turkey and other countries. As a result, Turkish businessmen and investors have become one of the main actors in Turkish foreign policy.

Through trade and investment opportunities, Turkey has diversified its political scope in different areas. Westernization and the Western-oriented foreign policy, main pillars of traditional Turkish foreign policy, have been gradually replaced by the multidimensional foreign policy approach. Following this transformation, Turkey has initiated strong new political ties with countries such as Russia and Central Asian, Middle Eastern and African countries. By announcing its fundamental goal as full membership in the EU, Turkey responded to the criticisms about Turkey's drifting away from the West due to gradually lowering trade volumes and diversified political ties. Political and economic ties have been consolidated with the abolishment of visa restrictions with several countries all around the world.

Moreover, nongovernmental organizations have embraced the new dynamism of Turkish foreign policy, especially in regions where they operate to provide humanitarian aid. Consequently, Turkey has been represented within the higher ranks of international organizations.
At the state level, Turkey was given observer status in the African Union in 2005, in which 54 countries are gathered. Three years later, in 2008, Turkey became a strategic partner of the African Union. In 2010, on the one hand, Hüseyin Diriöz was appointed as NATO's second most influential man; on the other, Mevlüt Çavuşoğlu was elected as president of the Parliamentary Assembly of the Council of Europe as the first Turkish president.

Most importantly, 151 members supported Turkey for a temporary seat on the United Nations Security Council for the period 2009-2010. Turkey's improved multidimensional foreign policy approach after 2002 has not only led to economic and political consequences in a regional context, but also it bred affirmative results against a globally challenging platform like U.N. Security Council membership.

Today, Turkey is located in the middle of a dynamic region. While, in the north, tension between the West and Russia over Ukraine is increasing day by day, in the south, Turkey has witnessed a bloody civil war in Syria for the last three years. With the eruption of the Arab Spring, Turkey sided with the public's democratic demands and adopted a new policy that aimed at changing the regime or government in Arab Spring countries.

When Turkish foreign policy is considered within the regional scope, economic indicators demonstrate that Turkey still maintains "trading state" status. Also, even though Turkey and other regional actors have different perspectives on several issues, they exclude their clash of interests in other areas in their bilateral relations.

In other respects, Turkey has been appreciated by the international community for its role that has not left Syrian refugees alone and provided its utmost efforts in refugee settlement. The Arab Spring still maintains its dynamism; however, Turkey has been strongly criticized in domestic politics. Thus, the process of U.N. Security Council membership could be a vital test for the verisimilitude of Turkish foreign policy.

Turkey, which has developed economic relations with African countries, has initiated diplomatic openings that provide Turkey with direct contact in African countries. Increasing government aid via the Turkish Cooperation and Development Agency (TİKA) as well as non-governmental organizations' role in Africa is also appreciated. As an important point, Turkey's dedication to persist in its humanitarian aid and diplomatic relations even under very harsh conditions like in Somalia is a clear cut manifestation that Turkey can dare to mitigate the burden of African countries, and these altruistic enterprises are heavily praised by African countries.

Foreign Minister Davutoğlu has already met with the foreign ministers of 14 Caribbean countries and been greeted affirmatively. It is clearly a disadvantage for Turkey; nevertheless, there may be a chance to benefit from Brazil's role in this region. Because, it is known that Brazil is unhappy with the U.N. Security Council's structure, as well. When the Southern Asia and Pacific regions are considered entirely, Turkey is not a country that seems effective, but its prestige is not bad at all.

'Turkey's membership for 2015-2016 in Security Council is highly possible'

Turkey is challenging New Zealand and Spain for 2015-2016 temporary U.N. Security Council membership and needs at least 129 votes in the U.N. General Assembly. Turkey's proactive foreign policy, which has developed since 2002, brought membership on the 2009-2010 U.N. Security Council. In this period, Turkey played a crucial role in the Balkans and said "no" to sanctions against Iran by promoting the Tehran Agreement. Had today's negotiations continued over the Tehran agreement, they would have yielded different results.

Turkey is directly taking part in the historical transformation in the Middle East, and its geo-politic and geo-strategic position has been gaining in importance since a crisis erupted between the West and Russia over Ukraine. In this context, Turkey, which wants to be more engaged in international crises, desires to be a member of the U.N. Security Council. When Turkey's developed relations are considered, on the one hand, Turkey is a member of the Council of Europe, which has 47 members, and on the other, it is a strategic partner of the African Union, which has 54 members. Moreover, Turkey has deep historical and cultural ties with Middle Eastern and Central Asian countries as well as a good image on the international stage.

In a nutshell, Turkey will be a quite complicated challenge to Spain, which has strong ties and influential relations in other corners of world, and to New Zealand, which has no bad international perception. However, Turkey's multidimensional foreign policy approach increases Turkey's chance to be elected in September.