Egypt: It is not a coup, it is a counterrevolution 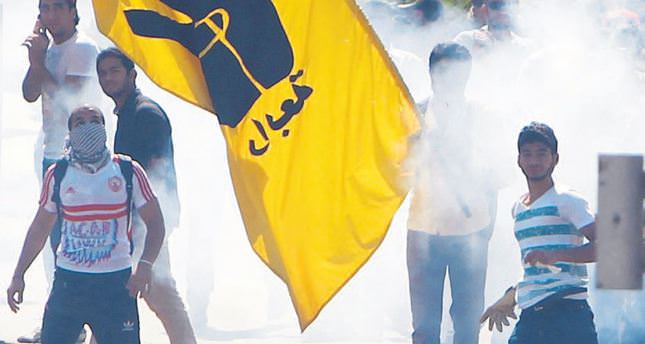 Is the military coup about to end? I often hear members of the coalition in person and on TV saying, "The coup is almost over, it is wavering, it is on its death bed." My usual reaction to this is a mix of sorrow, frustration and, naturally, laughter. The coalition leaders are unable to comprehend the nature of the revolution despite having rich literature on the nature of change required to revive social systems, and despite having a tremendously painful experience of oppression and injustice with the Egyptian state - and I mean the state not the military leadership. As long as they keep repeating those statements and insisting on this limited view of what took place between Feb. 11, 2011 and July 3, 2013, I believe that every passing day will bring them closer to their own demise.

Who has interest in supporting what is happening now in Egypt? In answering the question it becomes easier to explain the thought of counterrevolution. Obviously the military has an interest, as it has been in power since 1952. There are also the social elites (government officials, religious preachers, academics, artists, sportsmen, policemen, traders et cetera) who may have had different reach or influence throughout the decades since 1952 but still existed happily within the current social system. There are the poor Egyptian people who are overwhelmed with their daily living burdens and wish for stability to return to their day-to-day lives despite the enormous injustices they have become accustomed to.

Needless to say there are the external powers who are interested in Egypt as far as their interests in Egypt and in their own homelands are maintained. If we were to give some thought to those stakeholders and the number of people that make up each group and the resources they possess, we can easily conclude that what took place on July 3 was not simply a military coup but the climax of the combined effort of millions of people who do not accept what happened on Jan. 25 - in short, a counterrevolution.

To support my argument further, let us consider what I describe above as the practices of the current regime and certain factions of society. Those practices are not limited to oppressive state practices but also social practices, committed in some cases by members of our own family. Those are not the actions of a military coup, but rather a society - aka a counterrevolution. Now in the context of this piece it doesn't matter who was the grand designer behind the counterrevolution or what roles the different stakeholders played, the important point to grasp is that it is a whole system at work. Therefore, defining it as a military coup and insisting on slogans such as "supporting legitimacy" truly undermines what is currently taking place and limits the options of what can be done to restore the revolution.

When did the counterrevolution effort start? It started on the day Mubarak was deposed. The trap for the revolution started with the constitutional decree announced by the Supreme Council of the Armed Forces (SCAF) laying out the political roadmap the country would follow. When a revolution takes place it designs and follows its own roadmap.

The only problem is we did not have a roadmap we all agreed on. What happened after that was a mixture of SCAF's plan, the contribution of counterrevolutionary factions, the choices of the Muslim Brotherhood as the major opposition power and the choices of the revolutionaries all leading to the old regime's power structure regaining what it once lost.

When I refer to choices, I do not mean the choices made at the ballots only, I also mean the fundamental choices of whether we should have accepted SCAF's roadmap, or whether we should go to the elections (parliamentary and presidential), how we should design the committee writing the constitution, how to deal with Morsi's incompetence, how to deal with the corrupt judicial and media institutions. To clarify with an example, I believe that just as the Brotherhood was mistaken to scurry to take power within a SCAFdesigned roadmap that was clearly managed by SCAF, the revolutionaries were mistaken to have taken to the streets on June 30, 2013 in an occasion that was clearly designed by SCAF.

We all contributed in one way or another to where we find ourselves today. It is a sad reality but it has given us experience to comprehend that what took place on July 3 was a counterrevolution that was able to leverage our blunders and its willingness to restore the old system once more. The funny thought is that we saw it happening, recognized it and made loads of fun about it with our inherent sense of humor. I remember all the jokes shared over the last three years about how Mubarak and his gang would eventually be released and the revolutionaries would end up in jail instead. Subconsciously we knew what was going on and yet consciously we did a wonderful job in allowing it to happen.

This leads me to the crucial: By viewing what took place on July 3 within the context of a counterrevolution we can leverage the huge opportunity of taking the revolution back to square one. We can go back to the point of Feb. 11, 2011. We can design and follow a new political roadmap that would ensure we would not allow the military and other key powers in the current ailing system the ability to influence or intervene in the building of a new Egypt.

All factions opposing the current system need to come together and realize that we all have a role to play in revamping the revolution. Predominantly, the Brotherhood and their allies in the coalition must reconsider their current stand and view the results that took place in the ballots as part of a faulty decision that referred us to a corrupt political system and should therefore let go of the notion of restoring the results of a distorted democratic process. In simple words, let go of Morsi, the 2012 constitution and the parliament. In doing so, they will be able to offer a much more inclusive option for others to join in and demonstrate that this is not about a power struggle but a revolution that seeks to establish a new social system.

The Brotherhood and their allies in the coalition need to admit that they have so far been unable to be inclusive and do not have the competence to lead Egypt alone. In parallel, the revolutionary groups and individuals must admit to their short comings of being divided, unable to harness sufficient street support and lacking clear visibility about what sort of social system they want instead. Both groups need to work on all of their shortcomings together. They are on the same boat and both of them are rocking it hard enough to make it topple.

What happens if they both topple? Not much really, maybe a little time delay but in the end the revolution will find others who will capture it, believe in it and lead it to victory.

The counterrevolution is not on its deathbed. The Egyptian army's reputation and credibility have been negatively influenced but much of their power is still intact. The corruption of the current social system - here I refer to the military, the state and its supporters, whether institutions, groups or individuals - has been exposed in an unprecedented manner. However, they are adamant as ever in protecting their existence. July 3 was a huge blunder on their part and we must seize the opportunity this offers us before it is too late.