What lies ahead for Turkey's mining safety? 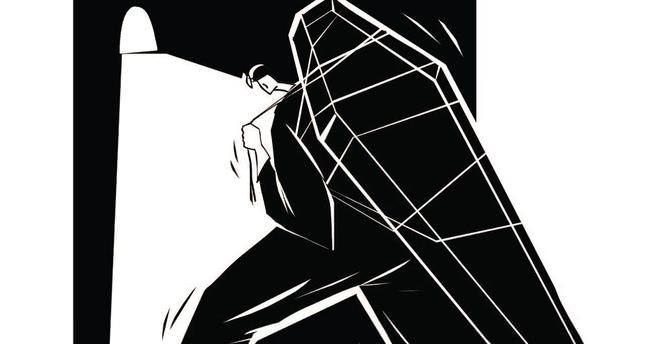 Turkey doesn't suffer from poor laws in this issue. On the contrary, our laws and regulations are consistent with international standards. Then, why do we witness more accidents than any other developed country?

After the worst mining tragedy in the history of our country, workplace safety issues in the mining industry have reared their ugly head again. Leaving unpleasant and hideous political battles over a great tragedy aside, we have to focus more on future working conditions in this business.

Yes, mining has always been an extremely dangerous occupation, and workplace injuries or fatalities happen all the time, as has been pointed out by the prime minister. Although this industry constitutes 1 percent of the workforce globally, 8 percent of the fatalities stems from it according to the International Labor Organization (ILO). This high percentage of accidents and fatalities in comparison with other types of activities shows us that there is a high risk inherent to the mining industry. However, in Australia, which is the top coal exporter state, the death toll has been around 10 persons per year during recent years, while it's been much higher than that figure in Turkey. So, what are the main reasons underlying this difference between Turkey and other developed states? Is it the laws and regulations? Is it the failure to ratify the Safety and Health in Mines Convention (1995) of the ILO as many have argued?

As a matter of fact, laws and regulations are not the biggest problem regarding health and safety issues in mining. During the EU harmonization process, quite a few new laws and regulations in line with EU standards were introduced into the Turkish legal system. When it comes to the ILO Convention, failure to ratify that particular document does not mean that Turkish laws and regulations regarding safety in mining are not consistent with international standards because the convention in question has only been ratified by 28 states, and 157 states, which include some of the major coal exporters, such as Australia, Indonesia and Canada, have not ratified it either, but still they have fewer accidents than most of the other states. Therefore, we need to understand that compliance with international legal standards on paper does not bring us to a better atmosphere per se. Even though the government's tremendous effort to reach international legal standards should be applauded and constitutes the first step towards a better legal environment, this is just not enough.

You may transform all of your codes to match international levels, but while doing that, if you don't implement the experience and the culture underlying those standards, you would quite likely fail to notice the spirit of those laws, which is the case in Turkey.The problems that we face today are not single-sided. Even if it is the easiest way to put the whole blame on the government, this attitude takes us away from the facts and realities and converts the issue into a knotty trouble. There are four important aspects of this issue: the contractor/subcontractor aspect, the sociocultural aspect, the trade unions aspect and the aspect concerning the application of laws and regulations.

If we start with the first aspect, we see that the liability of the contractor is a major problem in this particular industry. The main contractors commonly use subcontractors as a tool to mitigate their legal liabilities, risks and costs. This widely used practice in the mining sector causes big troubles, as a lack of communication between main contractor and subcontractor occurs. According to a State Supervisory Council report in 2011 that researched and evaluated mining accidents, control measures are not given sufficient importance and consideration by employers.

Moreover, employers don't conduct risk evaluations before commencing work in mines. One of the most important duties of the employer is to provide regular trainings for employees, which is a condition that is usually not met in Turkey due to increasing costs. Given the fact that most of the employees in this sector are uneducated, the burden of giving training at a high level to avert tragic events is being carried out by employers. Unfortunately, the first and biggest motivation of employers is to gain bigger profits from different projects instead of investing money in measures that can improve the health and safety conditions of the workers. In particular, the use of subcontractors restricts the ability of the main contractor to manage and control a mine in an effective manner. The lack of communication between main contractor and subcontractor makes it harder to make inroads into solving possible future problems.

Even if there is an immense responsibility on employers to prevent workplace injuries and fatalities, it is considerably perplexing to see that all of the harsh criticisms are being directed at the government rather than the employer himself. Employers must act prudently, especially regarding health and safety issues. Company officials, after three days of the heartbreaking incident in Soma, stated in a press conference that it was not mandatory to have refuge chambers in mines according to Turkish laws. This statement is true in one respect but false in another. It is true that refuge chambers are not expressly mentioned literally in any of the Turkish laws or regulations, but it is clearly stated in many legal documents, including Occupational Health and Safety Law No. 6331, that the employer is obliged to take all necessary preemptive and protective measures to eliminate or reduce the risks in workplaces. Starting from this point, we can argue that a responsible employer who puts employee safety before production should have inherited the worldwide improvements and applied them to its own business.

The sociocultural structure of Turkey should also be considered while evaluating mining accidents. The approach to health and safety measures of Turkish people generally differs from the approach of the people in developed states. While safety is mostly the primary concern of people in developed states, it is usually underestimated and seen as secondary by Turkish people. As stated previously, another aspect of the problem is trade unions. This tragic accident denoted that the role of the unions in Turkey must be defined in-depth again. They have to put an end to their attitude to come to the forefront and take a stand only when there is a political clash in the country.

Their paramount duty is to prevent possible breaches and wrongdoings to the detriment of their members. Trade unions must work with companies, the government and any relevant person in a coordinated manner in order to prevent or reduce such types of incidents. Lack of coordination between all relevant parties may aggravate even the tiniest problem, which can be prevented before it grows.

The last and most important point that should be highlighted is the effective application of laws and regulations. As already mentioned above, Turkey doesn't suffer from poor laws on this issue. On the contrary, our laws and regulations are consistent with international standards.

Then, why do we witness many more incidents than any other developed country? The answer to that question is simple: because the extant laws are not harmonized with local needs and transformed into an easy-applicable form.

In order to prevent further disasters, we have to incorporate best practice guidance in the mining industry into our system as I have already stated above. The question of what should be deemed as best practice in this sector can be answered with an example from the United Kingdom.

The Health and Safety Executive (HSE), which is the public body responsible for the regulation and enforcement of workplace health and safety, embodies an agency named the HM Inspectorate of Mines (HMIM), which is responsible for maintaining the correct implementation and inspection of safe working procedures within all UK mine workings. The HMIM basically fulfills its duty through a number of committees involving mine operators, unions, equipment manufacturers, consultants and any other interested parties. All of these parties work together under the supervision of the HMIM in order to improve the personal health of workers in the mining industry. We can say that the HMIM plays the maestro role in this industry regarding health and safety issues. This type of public institution in Turkey might resolve communication and exchange of information problems within the industry and help to improve health and safety conditions.

* Oil and gas law researcher at the London Centre of International Law Practice and Ph.D. candidate in the Centre for Energy, Petroleum and Mineral Law and Policy at the University of Dundee
Last Update: May 19, 2014 12:35 pm
RELATED TOPICS