Turkey Has Spared Europe from a Humanita rian Apocalypse 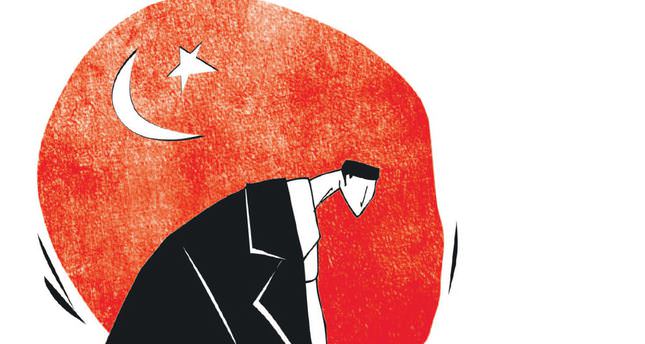 It is in the interest of every single Syrian living in Turkey to remain part of the system in good standing, instead of resorting to breaking the country's border control regulations and living illegally

Turkey's handling of the Syrian refugee crisis is widely acknowledged as being unprecedented in the annals of refugee crisis management. The standard of living inside Turkish camps, and the support and conveniences afforded to Syrians living in Turkish cities and towns far exceeds anything refugees in other countries and conflicts have experienced.

Close to one million owe their lives today to the generosity of the Turkish state and people. But it is not just Syrians who owe a debt of gratitude to Turkey. It wouldn't be an exaggeration to say that Turkey's adept management of the spillover of the Syrian conflict has spared Europe as a whole from having to deal with a humanitarian apocalypse.

Just as Constantinople for centuries served as a barrier protecting Europe from ever expanding Islamic empires, today Istanbul alleviates the desperation of countless refugees from the war in Syria, a challenge Europe as a whole is in no shape whatsoever to meet. Europeans can go on ignoring the conflict in Syria, precisely because of Turkey's far-sighted handling of the resulting humanitarian crisis. In short, Europe owes Turkey big time.

It takes a strong and confident state to adopt an open door policy towards refugees fleeing a conflict in a neighboring country. What do the detractors of the current Turkish government imagine would have happened had Turkey been less hospitable to the close to one million Syrian refugees that have found a safe haven within its borders? Do Europeans seriously believe that the Mediterranean Sea would have actually stopped a single determined refugee from trying to get to Europe? And what would have been the social and economic fallout from one million undocumented refugees in European towns and cities?

No Syrian feels the need to enter Turkey illegally, because there is no benefit in doing so. I know this from firsthand experience. When I landed in Istanbul's Ataturk Airport in September 2013, my passport was given only the most cursory of examinations. Before I had even left the airport I managed to buy a mobile SIM card and 3G Internet connection. The next day I obtained a tax number and opened a bank account.

By making residency permits available to any and all Syrians who ask for one, and by not creating obstacles in the way of a refugee looking to obtaining in a legal manner the essentials and necessities of life (housing, phones, bank accounts, health services and schooling), Turkey has eliminated any incentive or need to living as an illegal immigrant.

On any given day, the Turkish authorities know exactly how many Syrians are in each province. It is in the interest of every single Syrian living in Turkey to remain part of the system in good standing, instead of resorting to breaking the country's border control regulations and living illegally. Indeed, so secure do some Syrians feel about their long term prospects in Turkey, that Syrians have become the number one foreign investors in Turkish start-ups.

Now let's imagine for a moment that Turkey had the same stringent rules and regulations regarding asylum seekers as most European countries do. Imagine the Turkish borders completely shutting out the one million Syrian refugees that would have otherwise sought refuge in Turkey.

Europe's coastlines are much more open and harder to secure than Turkey's land borders. How soon would it have been before waves of Syrian refugees made the desperate journey to Europe.

And how could Europe possibly hope to deal with human suffering of such magnitude?

The Europe of today is one that is in the grip of extreme austerity measures and drastically reduced budgets. Youth unemployment is at an all-time high. The size of the continent's armed forces are being slashed to levels unseen since before the Second World War. Europeans today are flocking to fascist-like extreme right wing political parties. Deal with a tidal wave of refugees from Syria? Europe can't even handle its present levels of illegal immigration.

In case anyone is under any illusion as to the lengths desperate people will go to find a safe haven, and the social and economic fallout of large populations of undocumented residents, it is enough to see the hardships being experienced by American communities bordering Mexico.

Heck, even cities as far north as Los Angeles are affected. After a week of listening to Adam Carolla's podcasts, I started to feel sorry for Angelenos.

And that's when I was a displaced person in Tartous. Israel is another country that serves to illustrate the problems a society faces when it becomes a magnet for illegal immigration and refugees. Israelis are the most security conscious society on the planet, and yet even Israel finds it difficult to stop tens of thousands of illegal immigrants and refugees from Africa from crossing into its borders.

Today, over 50,000 undocumented African refugees live in Tel Aviv and Eilat, with all the problems that large population of illegal immigrants inevitably creates. In Saudi Arabia, it took the entire police force and National Guards almost a year to round up and start deporting the millions of over-stayers in the Kingdom, and that was even with the vast majority of over-stayers willing to go back to their countries. Needless to say, you couldn't pay a Syrian refugee enough to go back to a Syrian still ruled over by the Assad dictatorship.

Were it not for Turkey's magnanimous open door policy towards Syrian refugees, Europe would have been stuck between two unenviable choices; either accommodate and deal with the inevitable massive influx of desperate refugees, or try to make sure they stay in Syria by intervening in the Syrian conflict to create a safe haven for refugees within Syria. Europe would find it very difficult, if not impossible, to shoulder any of these commitments alone. And it's no use looking to the U.S. for assistance, as the present American president has proven himself utterly incapable of bold, decisive action of any sort.

Only in the Obama administration does sticking one's head in the sand qualify as a policy. The promise of regional and global chaos was the threat the Assad regime was most banking on to legitimize itself and its bloody suppression of the Syrian opposition. Assad has done everything possible to depopulate the areas in opposition to him, hoping to create a tidal wave of human misery that would engulf the region and Europe. The fact that Turkey has for three years absorbed the fallout and effects of the humanitarian catastrophe coming out of Syria, is the reason behind the Assad supporters' hatred for Turkey.

Case in point, Seymour Hersh's pathetic and ridiculously contradictory attempts to pin the blame for Assad's barbaric chemical weapons attacks of August 2013 on the government of Prime Minister Recep Erdogan (a theory that has been demolishedto the point that it now looks as ruined as Syria's cities). And the false propaganda and blatant lies behind the #Save-Kessab campaign had little to do with saving Kessab itself, and everything to do with falsely implicating the Turkish army in some sort of 21st century massacre of Armenians. It is truly a sick world where those who have done the most to alleviate human suffering in the Middle East, are demonized by supporters of the very war criminals who created the flood of refugees in the first place.

Europe owes Turkey. It owes Turkey big time for having been spared from having its conscience tested to the breaking point. Were it not for Turkey, Europe would have had to deal with the fallout of the Syrian conflict for decades, a challenge it is in no shape at all to meet. Thank you Turkey. And maybe someday, Europe will also show some gratitude, however begrudgingly.