Why is Erdoğan the 'unwanted?' 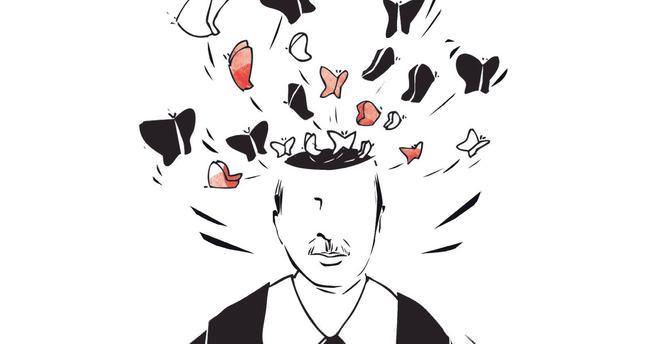 by Mehmet Çelik Jun 07, 2014 12:00 am
In the past couple of years, there have been ongoing attempts to create instability and tension in Turkey. The tension between the AK Party and Gülen Movement, which dates back to Feb. 7, 2012 when Istanbul's specialauthority prosecutor Sadrettin Sarikaya issued summonses for National Intelligence Organization (MIT) Chief Hakan Fidan to question him in a probe into the Kurdistan Communities Union (KCK), and later escalated following the Dec. 17 and Dec. 25, 2013 operations.

In between these events, Turkey witnessed the Gezi protests which began in late May 2013 and continued throughout the summer months. Furthermore, alongside these major events, smallerscale protests continue to take place at various times and places which have one common denominator in their arguments: Turkish Prime Minister Recep Tayyip Erdogan has become an "authoritarian" figure and he must leave! Even the recent events during Mr. Erdogan's visit to Cologne signaled similar messages, although this time the aim was to create an Alevi-Sunni conflict to be used as another means of division within Turkish society. The most recent attempt was the protests planned to commemorate last year's Gezi Park protests, which did not achieve the desired momentum.

What is behind all these movements, protests and tensions? Of course, is not the so-called "authoritarian" attitude of Prime Minister Erdogan, but rather, the work he has done and his vision for a "new" Turkish state, which would break the chains it was locked into and become a powerful global player. In fact, it is rather absurd to use such labeling for Erdogan since Turkey has achieved many rights and freedoms during his period of governance and has overcome many taboos since 2002. He introduced groundbreaking initiatives with regard to the judicial system, non-Muslim minorities and the long-neglected Alevis, zero tolerance for torture, and the fight against coup attempts. One cannot - and should not - forget the days when similar protests against the authorities were unthinkable by any stretch of the imagination. One should not forget the disgrace when Kurds could not even state their ethnicity, let alone having a state-financed Kurdish TV channel, schools teaching Kurdish, Kurdish institutions at universities et cetera.

Moreover, the lack of religious freedoms (i.e. banning the headscarf in the public domain in a Muslim-majority country) was a burden on Turkey's democracy. As a side note,political reforms to lift the ban were advanced not in the name of Islam but rather in the name of essential and necessary "democracy" demanded by Turkish citizens.

Neither the "left," nor the "right" in Turkey had room for expression in such conjecture; any form of opinion outside of the status quo was marginal and considered a threat to the Republic. I will not list the well-known details of the totalitarian state mentality which had lost connection with and respect for its own citizens' beliefs, values, and history, but rather I would like to shift to the reasons behind the current events.

In the post-2002 election period and AK Party victory, Turkey entered into a new phase. The new phase would include political stability through democratic means, a powerful economic agenda which would put national interests first, and a country where social rights and freedoms would be elevated and enhanced for all citizens equally. Erdogan and his team knew that political stability depended on economic prosperity, and social development depended on the political and economic strength a state possesses. Hence the reason why economic reforms were put forward and the goal became to place Turkey on the list of strong global economies.

After putting emphasis on economic growth, the democratic opening aimed at overcoming the Kurdish issue became one of the priorities on Erdogan's agenda. Such attempts were made previously during Adnan Menderes' government in the 1950s, Turgut Özal' government in the 1980s and by Necmettin Erbakan before the "post-modern" military coup of Feb. 28. All these attempts at solving the "Kurdish problem" were faced with the oppressions of Kemalist dictatorship and the capitalist elite protected by the military tutelage and immediately brought to an end. It is important to note that, at that time, while the biggest chunk of the budget was allocated to military spending, now the Ministry of Education has that distinction.

The loss of power by the military has made it possible for the AK Party government to bring Turkey to the global level of political, economic and social development it deserved for about a century. Under Erdogan and Ahmet Davutoglu as the minister of foreign affairs, Turkey's approach to foreign relations has improved drastically. Taking on a global perspective, Turkey aimed to follow the "zero problems with neighbors" policy and build stronger relations with all its seven land neighbors. Turkey increased its presence in Africa by opening over 20 new embassies which contributed to the increase in its trade relations with countries in the region.

In fact, as many observers named it, the axis-shift was not necessarily cutting ties with the West, but rather it was the realization of opportunities missed in the East by focusing only on its relations with the West. It is precisely this approach that helped Turkey maintain its economic growth during the late global financial crisis.

While many states were unable to recover from the 2008-2009 crisis, Turkey's economy expanded by 9.2 percent in 2010 and 8.5 percent the following year. Of course, the project is nowhere near completion. However, if we were to make a comparison with the past, one must be fair and show the clear difference between Turkey's totalitarian past and the democratic albeit imperfect present.

In simple terms, the reason behind the current tensions is the very fact that the Western (and domestic) political and capitalist elite has lost its domineering control over the Turkish state and its economy. Put differently, a more democratic Turkish state's goal is to leave no room for such external control that has haunted Turkey since the collapse of the Ottoman Empire. In complex terms, the reasons are multi-dimensional, including the bond between international capital and their national extensions in Turkey. The national extensions are not limited to Turkey's capital elite, but also it had reached the state apparatuses. In addition, Turkey's special importance is not only due to its geopolitical and geostrategic location, but also its Muslim identity, which makes its success further unbearable. A strong and independent Muslim state in the region puts the interests of global capital at risk. Turkey's political and economic influence, as well as its soft-power strategy in the Middle East, the Balkans and Northern Africa, is not welcomed with open arms by the West, precisely due to its Muslim identity. Thus why, in a way, it is not the Erdogan-phobia that needs to be highlighted but rather Islamophobia via Mr. Erdogan.

As a weak state, Turkey had become a playground for the global capital and their national extensions, governed by unstable coalition governments, a fluctuating economy that had become a regular visitor at the IMF's door. Rights and freedoms? Social developments?
Ethnic conflict? Who dared to even talk about these issues, but the country is a well-oiled machine. This machine has a successful engineer that believes in his machine's operational and production capacity, rather than being left alone to rust again.

It is unfortunate for Turkey's democracy that during this process there is a void of a strong opposition. The CHP and MHP has not been successful in proposing substantial suggestions that would contribute to Turkey's democratization and growth process. Rather, the aim has been to promote an anti-Erdogan campaign through street protests. As such, the "protest" movements, similar to the "protest" movements in Egypt, are aimed at destroying Turkish democracy and the AK Party's achievements for the "new" Turkey. Those who are demonstrating, and who may even have some merit to their claims, should not become tools of destruction for those - the Western imperialists and the global capital - who have a stake in Turkey's instability. If they want to put forward their democratic claims, then the battle should be at the polls, not in the streets.
Last Update: May 28, 2016 9:03 pm
RELATED TOPICS