A firm geopolitical balance has not been set up yet 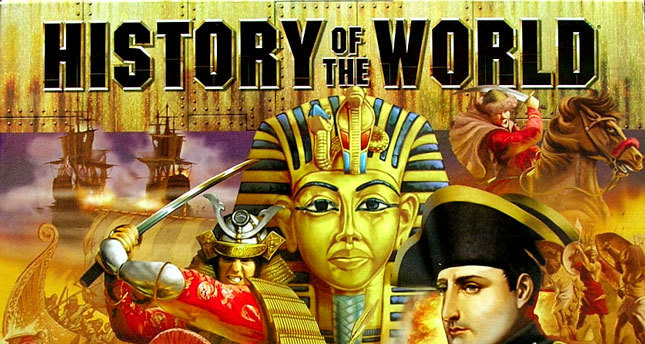 by Baha Erbaş Jun 09, 2014 12:00 am
The history of the world will record the incidents that have occurred in the last three to four years as important beginning steps for the design of a new order and geopolitical balance. Firstly, the Arab Spring created the second strongest historical wave in the Middle East since the dissolution of the Ottoman Empire. Following Russia's unbending position regarding the civil war in Syria and then the current situation in Ukraine gave strong signals of a large scale global crisis that seems to found the new world order and alliances.

The demolition of the Berlin Wall on Nov. 9, 1989, and afterwards the Warsaw Pact and the fall of the Soviet Union had removed the "Cold War" from the stage of history. Immediately after the demolition of the Berlin Wall some observers and analysts claimed that the future would be more balanced and peaceful for the sake of global security and stability. And yet theses such as "The End of History" and the "Clash of Civilizations," which lean toward a quite different horizon, would echo in the West.

The last 25 years (1989 - 2014) have shown that although the Cold War was unsecure and riskier, yet it was a more predictable and stable structure. There used to be futurists making forecasts regarding the future of the world. Now that is a very hard thing to do because during the Cold War relations between the great powers were functioning in a format that was more certain. But nowadays international relations are multi-dimensional and polyhedral with increased dynamic intricate parameters. And this has made action-reaction processes and mutual interest mechanisms in foreign policy very complicated. So, many things have turned into complex equations rather than being predictable.

Wars and crises in Iraq, Bosnia, Somalia, Kosovo, Afghanistan, 9/11, increasing Islamophobia in the West and growing ethnic and religious-based conflicts in many regions of the world have shown us that the last 25 years did not align with optimistic predictions.

Immediately after the dissolution of the Soviet-American rivalry, the U.S. intervention in Iraq in 1991 inspired an unprecedented monopolar world under U.S. hegemony. But within a decade the American economic decline and worsening American prestige and the increasing effect of emerging powers such as China, India, Russia, Brazil and Turkey on the international order have brought to mind that "the multipolar world" will manage rivalries and set up the new world order. But a secure and more firm new world order could not yet be formed. In the past, the balance between the great powers vanished, leaving an unsettled and unbalanced continuum. Some scholars have called this chaotic global process as the "Balance of Unbalances." Although it managed the security of the world for half a century with its superior position, today the United Nations and its Security Council cannot function globally, as it was designed for the Cold War.

The last 25 years has shown that the UN system could not perform the necessary structural reforms to manage world peace. The Security Council's failure to hold structural reforms, and its passiveness in intervening in international crises and conflicts makes its legitimacy more questionable and interveneable. "Smokey and the Bandit" emerges right there.

Durıng the Cold War, a large part of the world was under the umbrella of two opposite great powers, but the room for maneuver was somewhat predictable.

But after the Warsaw Pact fell apart, the global balance between the great powers vanished. First of all, the "Iron Curtain," which was the boundary of the two worlds (capitalist and communist) was lifted.

This situation removed the very reason for NATO's existence for the Western world. The balance that was formed following World War II had been discharged, and Communism had collapsed. The answer to the question, "Against which power or threat does NATO defend the Atlantic Alliance?" was off the table.

If the "Clash of Civilizations" was full of absolute predictions written by the pen of a wise and an erudite man, then the "new world order" should have been shaped with Huntington's horizon. But if this was not just a thesis but rather a guideline of a covert operation of the future, then Islamophobia was inevitable in such a world.

* US based investigative journalist
RELATED TOPICS