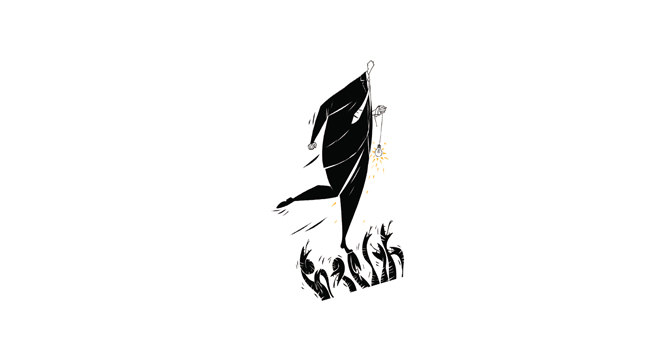 The second phase of the reconciliation process involves some legal regulations such as the elimination of the barriers preventing the integration of the rioters to the present political system by reinforcing the grounds of democratic politics. After the legal regulations passes from the Parliament, the government will proceed to the third and final step

Turkey's neighbor Syria is now in the midst of a great civil war. The riots against the Assad regime in 2011 have brought the country to the brink of being destroyed. The ongoing conflicts between the opponent groups and the mass murders committed by the regime regardless of women and children have turned Syria into an inferno.

Also in Iraq, where the Saddam's regime was overthrown, the civil war has not completely ended yet. Nearly a million people have been killed in a decade. In Turkey, the neighbor of both Iraq and Iran, a miracle is nearly happening now.

While the Middle East is besieged with wars, a peace process has been sprouting in Turkey since 2012. The Kurdish uprising, which began in 1984 and have continued until today with ups and downs, have been placed in a process of resolution due to the Turkish government initiative that started in the last months of 2012. This uprising, which claimed the lives of more than 40,000 citizens of Turkey in the last 30 years, was ended with the silencing of the arms for the last two years. While Kurdish uprising created a violent civil war, especially in the 1990s, no casualties have been reported within the least two years thanks to the resolution process.

Turkey's preservation of peace and inner stability in such a region should be regarded as a great success. Living in Iran, Iraq, Syria and Turkey, Kurds have so far been considered as "unstable figures" and manipulated by the influence of other states. These states, in competition with each other, intervened in each other's inner affairs and triggered the Kurdish issue. After the uprising in Syria, Kurds were armed and formed an autonomous political authority in Rojava, where Kurds are densely populated.

This brought a danger of the war's spreading to Turkey. It was expected that the Kurds in Turkey would also create a similar picture in Turkey. Meanwhile, the Kurdistan Workers' Party (PKK), which leads the Kurdish uprising in Turkey, declared a "revolutionary people's war" in light of the developments in the Middle East.

The Turkish government took action just as the organization started their demonstrations in southeast Turkey after declaring war. The government both undertook a serious struggle against the armed attacks of the organization and developed a new resolution process for the Kurdish issue, which is at the root of these armed conflicts. During the last months of 2012, the Turkish government had a series of negotiations with the imprisoned leader of the PKK, Abdullah Öcalan, and came to a consensus on a three-phased solution route. While
Syria was experiencing its bloodiest days, Turkey initiated the resolution process to stop the blood of the Kurdish issue.

İn the first phase of the resolution process, the PKK was supposed to declare a ceasefire and move its armed forces out across Turkish borders. Although the common public opinion was that the PKK would not conform to this plan, the orders of Öcalan, who is the major authority in the PKK, yielded results.

And the PKK officially declared a ceasefire and announced that they had begun to remove their armed forces in May 2012. After the removal process of the PKK was completed, the plan's second step was supposed to be taken. However, things did not work out as planned.

At the end of May 2013, 20 days after the PKK started to leave, the Gezi Park riots against the government broke out in İstanbul. This riot had a serious negative influence on the balances of domestic politics in Turkey. Mass demonstrations were held against Prime Minister Recep Tayyip Erdoğan's government, as in Egypt and Ukraine. The real incident that shook domestic politics was an attempt at a judicial coup disguised as a legal action on March 30, just three months before the local elections. From Dec. 17-25, a bribery and corruption operation targeting government members and Prime Minister Erdoğan was held, becoming the hottest issue on the political agenda.
The Pennsylvania-based Gülen Movement was behind the coup attempt. The Gülen Movement, which leaked into and captured the constabulary and judiciary, attempted to try Erdoğan and remove him from the political arena. The government lost power while struggling against the coup attempt and other inner conflicts and riots just when it was trying to resolve the deep-rooted Kurdish issue. In this case, inevitably, it was not possible for the government to continue the peace process. So, the government slowed down its activities regarding the process to have more control over the course of events, while the PKK stopped its retreat as part of the new conjuncture that the Gezi Park riots created.

Despite all this, neither the government nor Kurdish groups leaned towards violence as it used to be; both parties showed their determination to sustain the resolution process even with slow progress. It must be underlined that succeeding in this is not easy. It should also be kept in minds that Turkey is under the threat of its neighbor countries due to the uprising in Syria. And it is known that Assad and Iran are trying to punish the solution-seeking government that is in accord with the West and try to deter it from this policy. Both states closely follow the inner affairs of Turkey and make adjusted interventions. In the bomb attack that took place in Reyhanlı, a Turkish town on the Syrian border, 52 citizens of Turkey were killed.

The Assad regime was responsible for this attack. The PKK's administrators also announced that the Tehran regime forced PKK administrators to disrupt the peace process in Turkey. Also, some intelligence reports showed that Iran lies behind the attacks committed by the Islamic State of Iraq and the Levant (ISIS) against the Democratic Union Party (PYD), the PKK's branch in Syria. Turkey's preservation of the peace process despite other states' interventions should be viewed as an extraordinary success.

The Justice and Development Party (AK Party) government, which had a great victory in the local elections held on March 30, has initiated steps to revive the resolution process.

Government members assembled on May 19 under the chairmanship of Erdoğan and decided to proceed to the second phase of the process. A new route, including the details of the next steps, was developed. This decision of the government at a time when the resolution process was considered at a dead end raised hopes for peace.

After the negotiations with Öcalan, it was decided to move to the second phase. The second phase involves legal regulations that are to be made by the government. Considered as reassuring steps, these regulations include the elimination of barriers preventing the integration of rioters into the present political system by reinforcing the grounds of democratic politics. The first step regarding this would be judicial assurance of the peace negotiations. After the legal regulations pass in Parliament, the government will proceed to the third and final step. The third step covers the PKK ending its armed conflict against Turkey, and the militants' return to their homeland.

Authorities of the Peace and Democracy Party (BDP), the political extension of the PKK, affirmed the initiation of the second phase after their negotiation with PKK leader Öcalan last week. Through a delegation from the BDP, Öcalan sent a message stating that the parties are determined to continue the process; the process is currently going well, and they are on the brink of a new phase. This development should be seen as the success of the Turkish government and Prime Minister Erdoğan. Despite serious opposition, Erdoğan managed to sustain the process.

In the peace process, Erdoğan managed to sail the boat to a secure harbor without hitting any rocks. The forces hoping to disrupt the process were disappointed after the latest events. The resolution process that started 18 months ago is now ongoing despite all the provocations and obstacles it has encountered. And it has never been so close to reaching positive results. Without a doubt, this will be marked in history as a great success for Turkey, which is in the midst of a bloody region, the Middle East.