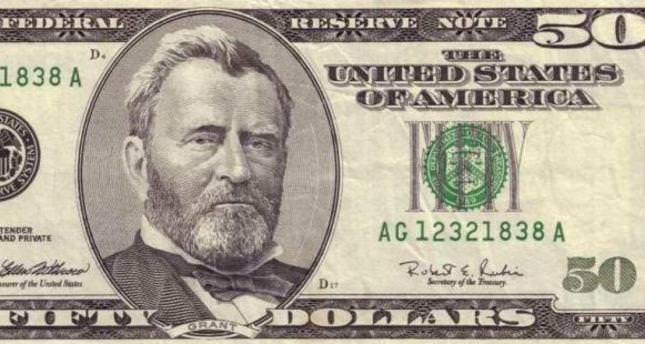 by Martin Jay Jun 12, 2014 12:00 am
There is an anecdote which raises its head at the dinner party circuit of press room wasters in Beirut that in the mid-1980s, the then Syrian President Hafez Assad, was unhappy about his election results, which were only 99 percent in his favor. An aide is said to have come closer to him and asked carefully, "But your Excellency, what could possibly make you happier?" to which Assad senior said with a wry smile, "The names and addresses of the one percent who didn't vote for me."

His son's recent election result of only a mere 87 percent perhaps is a sign of the times. But is Syria now becoming the tipping point on America's fragile mantle around the world? Is Obama's foreign policy at the stage where it is no longer a tangible function but more a theory or academic foible? In the last few days a number of dark clouds have gathered above Mr. Obama, all pointing towards Syria. President Bashar al-Assad's farcical re-election must have been difficult for the U.S. President to watch on television. But as far as parodies go, Washington's policy in the region is now just a sideshow for stand-up comedians and sketch writers.

Is Obama's hesitancy to act, when it really could have made a difference, going to haunt him and tarnish his other achievements in a similar way the Iraq war did to Tony Blair? It seems as though Obama's capture of Osama Bin Laden is going to be reduced to a mere Wikipedia footnote when history is done with America's first black President; holding back at the key moment is going to be hard to explain. But that doesn't stop Obama.

"Since World War II," he explained at West Point, "some of our most costly mistakes came not from our restraint but from our willingness to rush into military adventures without thinking through the consequences, without building international support and legitimacy for our action, without leveling with the American people about the sacrifices required. Tough talk often draws headlines, but war rarely conforms to slogans."

President Obama's recent West Point speech has left many watchers of the Middle East confused as a new coat of gloss has been added to U.S. foreign policy: delusion. The self-adulation of being the super power of the world comes across as amusing when punctuated by America's military withdrawing from Iraq, Afghanistan and the region in general. It is perhaps even comical when seen in the context of Obama's too-little-too-late policy towards Assad. But it's Obama's constant contradictory stance which is hard for all of us in the region to understand, as he often rambles on about non-tactile diplomacy with all of the conviction of a toothless man expanding on the merits of good dental care.

But few are buying it. Recently, Robert Ford, Washington's own man in Damascus wrote a scathing attack on Obama's deliberating over Syria. The former U.S. Ambassador to Syria said in an interview with PBS NewsHour that as a result of U.S. hesitancy, extremist threats to the United States had actually "grown".

His remarks appeared to refuel the debate over Obama's cautious approach to the war, just as the White House launched a campaign to counter criticisms of the president's foreign policy which now has an impressive league of both domestic and international critics including "locals" like John Kerry, Robert Ford and Hillary Clinton as well as entire Arabian kingdoms like long term allies, the Saudis, who must be dreaming of predictable-yet-ignorant Hilary Clinton to take office and abandon Obama's impotent diplomacy tact altogether. Even the oldest ally of the U.S., Israel can be included. Did the new PR initiative include stifling press reports about Obama's own defense experts ordering Israel to attack Assad forces in the Golan Heights also? And that Israel refused, citing perhaps remedial reasoning along the lines of not wanting to start a new World War in the Middle East? Incredibly, as a mark of how misaligned Washington is about regional politics, or perhaps in addition how rock bottom Obama's credibility is, Israel told its superpower boss 'no'. Israel is now paying the price with diplomatic payback.

Sources in Washington said Susan Rice and Chuck Hagel rejected Israel's explanation that an attack on the Syrian Army could spark a war that would include Iran (i.e Hezbollah). They said the White House turned to Israel to stop any Syrian military onslaught of the new U.S.-trained rebel force that crossed from Jordan into Syria over the last few months.

Since this faux pas, senior U.S. officials have accused the Jewish state of spying in Washington and have thwarted Israeli defense requests, including the export of an Israeli co-produced missile defense system to Poland, a deal valued at $13 billion. According to intelligence reports, the White House wanted an Israeli commitment to attack the Syrian Army's Brigade 90, deployed on the Golan Heights, after it had attacked U.S.-trained rebels. This embarrassment managed to overfly the Washington media radar. But what did not is the new level of weapons the U.S. is sending 'friendly' rebels and the U.S. training they're undergoing in the Gulf.

With the U.S. retracting from its global war on terror, one ironic convenience emerges which suits Obama very well. As American troops withdraw from Iraq and Afghanistan a new vortex of international terrorism positions itself in the Levant. Consequently, the focus now from Washington has shifted from Assad to al-Qaeda, as folks on the hill reckon that crushing extremist groups in Syria, and to some extent in Iraq, is the new goal. Perhaps Obama's advisors are encouraged by the recent news of 'foreign' fighters returning home to the U.S., fuelling the idea that jihadist groups are losing their edge.

Just this week news comes of the Obama administration training moderate rebels in Qatar – the same groups that have been given advanced weaponry. But the best kept secret in the Middle East is not the U.S. training rebels in Qatar or Jordan but President Assad's relationship with the extremist group ISIS in Syria – the very band of Iraqi al-Qaeda brothers who are becoming the main focus for Obama's rebels now.

It might not be so clear to Washington foreign affairs analysts like Leslie Gelb, who told journalists that Obama is now 'modifying' his position in Syria and is prepared to 'work with Assad' on tackling the jihadists, adding that Assad is in cahoots with them.

"The first and key goal must be to devise and support collaboration between the Assad regime and the moderate rebels against jihadist extremism, the overriding threat to almost all Syrians and their neighbors" he writes. "There must be a working arrangement between Syria's moderates and the Assad government, even if it includes Assad, at least for the time being."

It beggars belief that an old hand like Gelb doesn't know all the facts about the creation of ISIS. Most respected journalists and analysts following the war know how Assad swelled the numbers of ISIS by letting his own 'terrorists' out of Syrian jails to fight with them. It's become a bit of a joke in Aleppo that Assad's helicopters repeatedly do not bomb ISIS command positions.

So is it possible that confusion is now the new order for Obama's foreign policy initiatives and is he just lost? How else can you explain the gulf which is growing between his actions and his rhetoric? Just look at his decision to recently arm and train the rebels. How is this supposed to gel with clear signals from both Hezbollah and Iran that they both want to pull out their own troops? It can only be delusion which fools Obama into thinking that he can be the octopus amid several opposing ideologies that have all entangled themselves with the most misinformed man in Washington – who at any given time is going to give them a golden shower of dark aquatic ink as he retreats smiling.

The Saudis are happy because the focus on ISIS will boost their own 'moderate' rebels who are being hit by them and it also suits their agenda to destroy Assad (finally) even at the cost of destroying Syria itself. But shifting the war to ISIS does not appease Iran, which will see Obama as untrustworthy and hard to take seriously when trying to act as a mediator between Tehran and Riyadh. Iranian hardliners know that if ISIS strength is compromised this can only be bad for Assad because the victorious moderate rebels will then deploy the same vanguard against his regime's forces.

But wait. John Kerry jets into Beirut almost like a rock star with a 22 car motorcade which accelerated hard through the Hezbollah controlled area of Beirut. Amidst much fanfare and helicopters with snipers hovering above, the 70 year old former senator – who has openly criticized Obama himself recently on Syria – lends support to Lebanon's infantile political leaders. America wants Lebanon to have a President who can take its call (and its money). Times have changed though. Was it only me who worked out that the 50 million dollars which Kerry pledged to the Lebanese government for its Syrian refugees only amounted to 50 dollars for each one for the year?

Martin lives in Beirut and is a correspondent for Deutche Welle TV and the Mail on Sunday (UK) newspaper. @MartinRJay