The European far right rises at the expense of Muslims 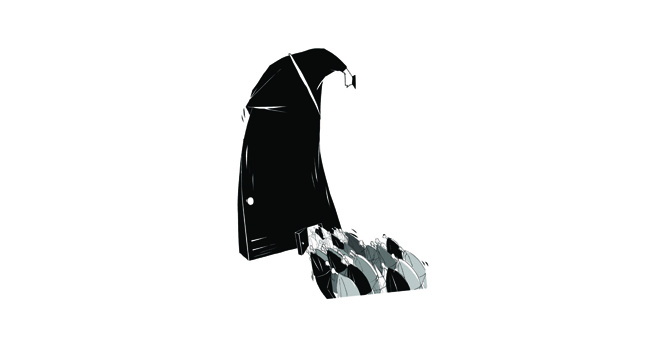 by Ceyhan Boya Jun 14, 2014 12:00 am
The successes of anti-EU parties in the most recent election sent shock waves across the political establishment in Europe. The victory of the U.K. Independence Party in Great Britain and the Coalition of Radical Left (Syriza) in Greece exemplify a deep resentment built on the perception that both countries were suffering as a result of EU policy. Their campaigns were led accordingly, and an electorate who shares this legitimate concern voted these parties to victory.

The more worrying development was the political success of far right parties in France, Austria and Denmark. As well as a clear anti-EU manifesto, much of their political agenda and rhetoric is based on opposition to an imagined Islamic threat, which happened to materialize into votes in those countries, but is actually representative of a wider trend in Europe. From the headscarf to halal meat, very few issues relating to Islamic belief and practice have not been debated or criticized by European politicians and media.

Muslim minorities have laid their foundations in Western Europe. The oldest purpose built mosque in the UK, the Shah Jahan Mosque, dates back to 1889. The Grande Mosque of Paris was built in 1926. The flow of Muslims into Europe increased significantly following the post-World War II period of mass immigration. Europe now has second, third, and even fourth generation Muslim population, born on its territory, of various ethnic origins, and in addition, a significant contingent of converts.

Within Europe the issue of "Islam" has come to be wrapped up in the broader question of immigration. This neglects the reality that the majority of Muslims in Europe were born on the continent. In decades past, the issue expressed itself in "cultural," "ethnic" and "racial" terms: Pakistanis in the U.K., North Africans in France, Turks in Germany – with much in the way of colonial memories and migrations predominating, but now there is a special role for Islam in the representation of this issue.

In parallel development, with the dissolution of the USSR, the loosening of border controls in Eastern Europe and the enlargement of the EU, there has been a flood of immigrants from Russia and from all the former Communist countries of Eastern Europe, including the former Yugoslavia. With these migrants from "the East" have come organized crime, new smuggling routes and new problems, yet in the representation of the issue of immigration, this dimension has not attracted special attention. Instead, we witness a growing fixation on Muslims and their role in Europe. How and why?

The "threat to our way of life" claim drives European objections to Islam. Largely integrated into socio-economic life, but eager to retain their faith, Muslims remain resistant to assimilation. They are therefore seen as infiltrating society from within while simultaneously promoting another culture and another way of organizing society according to other principles.

This representation of a Muslim threat "within" has crystallized precisely as individual European countries have immersed themselves within a process of regional integration under the rubric of the EU: Giving up their national currencies, control over their national economies, borders and cultures, even national languages have been threatened in some of the smaller countries. Surprisingly, this is not a mainstream concern.

Instead, Europe developed a grievance with Islam that appears to revolve around blasphemy, the female body and violence: The reaction of some Muslims in the Danish cartoon incident is used as evidence to accuse Muslims of being totalitarian. France is completely obsessed with the veil and how much a Muslim woman covers her body. In Britain, the 7/7 bombings were used to spread the idea that London was a haven for violent fundamentalists leading to sensationalist terms in the media such as "Generation Jihad" and "Londonistan." When these issues became boring, politicians and the media turned their attention to how Halal meat is being killed and where it is being served. Most recently in the UK, the discovery that some Subway branches were using halal meat in their sandwiches, but that also much of the meat being sold in supermarkets was actually halal, caused a media storm prompting consumers to demand better labeling in order to "protect" themselves from "creeping Islamization." All of this is mirrored in many of the other EU countries.

The "War on Terror" has worked to reinforce and reproduce a strong sense that the greatest social challenge facing Europe as it redefines itself is not the loss of the local to the European, but rather the loss of the European to the Islamic. As Europe is reimagined as rising above the particularisms of individual country traditions, above nationalist and patriotic sentiments, what seems not to fit within the generously enlarged embrace of the European is Islam.

The conflict is not simply between "Our Way of Life" in the old-fashioned conservative understanding of something exclusively English, French or German and something else, but rather between "Our Way of Life" reconfigured in a liberal multiculturalist, ecumenical or secular fashion against perceived intolerance, illiberalism, and fanatical belief.

During his presidency, Nicolas Sarkozy, representing a large segment of public opinion, called for "Islam not just in France, but of France." The Islam believed in and practiced benignly day-to-day by the millions of second and third generation French born Muslims still does not, and maybe never will, pass the "indigenous" litmus test. Every claim to the Universal invariably finds a particular that cannot be assimilated within its orbit: For the avowedly open-ended, open-minded project of Europe, Islam in some measure has come to this role. Politicians from across the political spectrum, including the Left, have joined the chorus of complainants.

So what next? Despite all efforts to make amends for the past, Europe has a strong tradition of intolerance. The example of European Jews, who like present day Muslims, integrated but refused to assimilate, ended in the greatest crime against humanity ever witnessed in recorded history. In the events leading to the Holocaust, the European far right had also risen to popularity at the expense of Jews.

Worryingly, there are many parallels between the anti-Semitism of the past and the Islamophobia of the present, which leaves much to fear in regards to the possible future outcomes of this ongoing witch-hunt.

With an ever increasing Muslim population accompanied by modern day increases in religiosity, including adherence to Islam, unless mainstream politicians give up the opportunist political reflex targeting Islam and openly denounce the fallacies of this rising trend targeting Muslims, the far right, offering more radical solutions to an imagined threat than their mainstream counterparts, is likely to keep rising at the expense of Muslims.