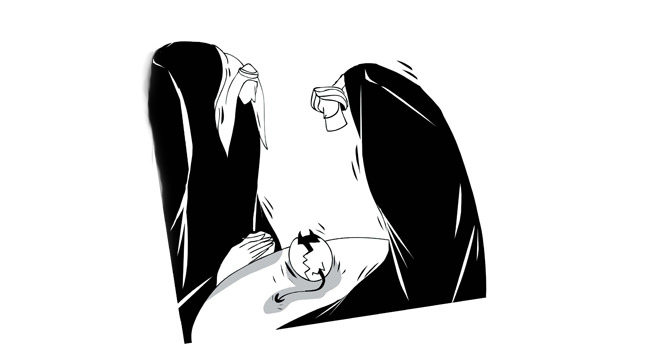 by Martin Jay Jun 19, 2014 12:00 am
Blair's dirty war leads to Iran cleaning up. And it was all started by religious fanatics – in Washington.

It's only been a matter of days since Iraq has fallen into the abyss, with the Islamic State of Iraq and al-Sham (ISIS), al-Qaeda's irreverent affiliate, taking control of many cities. Yet already the baptism of blame has started, kicked off largely by former UK Prime Minister Tony Blair who defiantly stands firm on his foolhardy policy of Iraq's invasion based on…well, not much really.

Perhaps what irks Blair is that the memory of Saddam Hussein grows more endearing with age, despite his overthrow and death, whereas the former U.K. Labour leader merely grows bitter.

A former U.S. ambassador's vitriolic retort in a British newspaper must have also stung given that the diplomat, Sir Christopher Meyer, went further and blamed Blair outright for this week's mayhem which threatens the stability of the entire region.

"We knew in the run-up to war that the overthrow of Saddam Hussein would seriously destabilize Iraq after 24 years of his iron rule" he wrote.

"For all his evil, [Saddam] kept a lid on sectarian violence. Bush and Blair were repeatedly warned by their advisers and diplomats to make dispositions accordingly."

But it's not all down to Blair who will be forgotten for his true grit in Kosovo and Sierra Leon. The Americans now make much capital of Blair's support for the invasion and his mandarins providing the fake intel on weapons. But you have to go a long way back in history to understand the premise of why America wanted to topple Saddam Hussein's regime. It starts with an ideology born of America's youngest-ever foreign secretary of state, Donald Rumsfeld, and ends with the oldest, Dick Cheney. Both men represent an elitist religious ideology in Washington which is autonomous from congress and which sets its own rules on how America conducts its covert operations around the world in a campaign of unspeakable foul play – from rendition and torture right through to assassinations and backing insurgent groups to overthrow despots who don't dance to Washington's beat – which is only just seeing the light of day now.

Back in the 80s, Rumsfeld, Cheney and Wolfowitz had already marked out Hussein as a target and were seething with bitterness towards the Clinton administration in the 90s for making a secret death squad called Special Joint Operations Command (SJOC) almost entirely redundant. This secret, elite band of soldiers modeled on the British SAS was sent to do America's dirty work around the globe – dirty work which was never to be catalogued or reported.

It wasn't until 9/11 – when Bush junior had no one to turn to but his father's same neoconservative advisers – that the SJOC was put to good work again. But the hasty march towards Baghdad would have crippling consequences for decades to come in more ways than one might think. Indeed it is President Obama's mandate to weather the storm of such brash and childlike bravado which permeates US foreign policy and produces such folly.

In Iraq, the folly of a functional state has been exposed. The shaky news footage of piles of uniforms spoke a thousand words. The Shiite-led Iraqi military fled the battlefield, leaving behind tanks, Humvees and other vehicles. In cities such as Fallujah, al-Qaeda's understudy is now taking control at an alarming rate. We are seeing these extremists plough ahead with their ambitions of creating an Islamic state in the Levant which runs right up to Turkey's southern border with Syria.

With the many established relations that are changing in this part of the world, so too is Maliki's with Washington. Many there are now turning on Maliki who never hid his blood-soaked sectarian colors. Enraged by his recent appeals for air strikes, they believe he can't be trusted as an ally any more. And he certainly cannot put a fractured Iraq back together again, no matter how many weapons the Obama administration sends him.

Iraq always needed a tough guy to keep the lid on its bubbling sectarian broth. This was George W Bush's gamble as advised by the neoconservative cronies of his father's day – Cheney, Rumsfeld and Wolfowitz – he blundered on while these old boys fulfilled their ultimate boyhood fantasy: to destroy Saddam Hussein and set a visible threshold to Arab leaders in the region – we can make you, and we can break you.

But almost as soon as Baghdad fell it became clear that the entire mission was flawed starting with the biggest blunder a US president could make – possibly in the history of U.S. foreign policy by firing some half a million men of Saddam's army once U.S. soldiers has taken control of the Iraqi capital. A revolution started almost immediately by armed and hungry men who had families to feed and nothing to lose. The quick fix solution seemed to be Maliki. He played the right tune for Bush in Washington in order to keep everything together and to prevent a revolution from rising. Yet a new revolution is now being written about that starts with the word "Iran."

"For the past eight years the U.S. has provided unilateral support for Maliki and has maintained silence about his atrocities against Iraqi citizens, particularly the Sunni population and other religious and ethnic minorities as well as foreign refugees," Struan Stevenson MEP said recently in Brussels. "The US has also turned a blind eye to the increasing domination of the Iranian regime in Iraq, which has played a major role in creating the current situation," he added.

Maliki's role in the recent massacre of Iranian dissidents at Camp Ashraf in Iraq, many argue, demonstrates a deeper loyalty. During the early morning hours of Sept. 1, Iraqi forces massacred 52 unarmed Iranian dissidents and took a further seven hostage. So can Maliki now ask more of Iran after the service he carried out against Tehran?

Either way, Maliki, who was the preferred choice of the U.S. State Department, has outstayed his welcome. We should have all known something was deeply wrong when George W. Bush held a two-day meeting in Camp David with all his top brass and on the second day surprised them all with a stunt, flying overnight to Baghdad where he joined them live via webcast with Maliki standing at his side. Bush's endearment to Maliki was akin to his whole strategy on Iraq – fickle at best and excruciatingly naïve at worst.

Maliki's failure is not attributed to the lake of sectarian blood that he sluiced, but rather to something even more sensitive to Arabs and the basis of the Arab Spring revolts in 2011 – corruption.

Graft comes in many forms, but the one which angers Arabs the most is favoritism. Equality is the new buzzword stretching from Morocco to the Gulf, and Maliki's sectarian political style has helped create the ISIS backlash through his patent bias towards his own sect. He has thrown nearly all of the commanders out of the army whom he suspected of plotting against him. A U.S. expert has likened him to Soviet leader Joseph Stalin, who invented 'ethnic cleansing' long before a U.S. intelligence agent in Serbia coined the phrase in the 90s when writing the first accounts of the Yugoslav War.

But the murders, carried out by his ministries' henchmen, have also sparked the payback. Stevenson squarely accuses Maliki of being directly responsible for what he says is state-organized killing. "Maliki has, contrary to the Erbil Agreement signed shortly after the last Iraqi elections, retained control of all of the key ministries of Defense, Internal Security, Intelligence, Police" he argues. "He cannot therefore deny responsibility for atrocities carried out, almost on a daily basis, by his military and intelligence…with 8,000 dead so far this year, Maliki's answer is a system of secret prisons, mass executions, torture and repression."

The list of indictments against human rights abuse is straight out of the SJOC handbook though. History should teach us that the neoconservative 'hit-and-run policy' pertaining to Middle Eastern countries has an underlying payback that even superpowers cannot endure, such as the foreign meddling by Washington, i.e. backing Maliki's unorthodox take on governance. This neoconservative vision can only be resolved by wholesale carnage that unites old foes and, once stirred, goes over boundaries.

If you found it hard to swallow that Washington was indirectly arming al-Qaeda groups in Syria in 2012 – the same people who took American lives in Iraq and Afghanistan – then you will be gob-smacked to learn that Assad is now bombing ISIS outfits in Syria, despite the fact that he secretly backed them as they helped him crush FSA opposition fighters. But now, to support Maliki – a Shiite leader who is facing a Sunni uprising destined to take over Iraq and beyond – the Shia trilogy of Hezbollah, Iran and Iraq is threatened, with Assad (an Alawite) adding an extra leg to the stool in a show of unity.

Reports came in just this week of Syria's army pounding major ISIS in coordination with the Baghdad government. The Syrian Observatory for Human Rights, a Sunni opposition fighters' informal press office which is co-funded by the EU and the U.K. government has stated that the strikes against ISIS – which has spearheaded a week-long jihadist offensive in Iraq – have been more intense than ever. The regime of President Bashar Assad was responding to the fact that ISIS "brought into Syria heavy weapons including tanks" captured from the Iraqi army. In Raqaa, the air force bombed the area surrounding ISIS's main headquarters in Syria as well as the group's religious courts, said the Observatory, adding that there were no reported casualties.

Photographs sent by activists in Raqaa showed what appear to be craters in the ground and rubble in front of the main gates of the headquarters, which was formerly a town hall. For a long time his "center" was the subject of much derision among journalists on Twitter who always joked that Assad's bombs always mysteriously missed it. But not anymore. Observatory director Rami Abdel Rahman said the strikes were the regime's most "intense" against ISIS, and that they were being carried out "in coordination with the Iraqi authorities." In reality, it would be a much fairer bet to assume that Assad received these orders from Tehran. Iranian has already been sending their own fighters into Iraq to try and crush ISIS's chief, Abu Bakr al-Baghdadi, who is being called the world's most powerful jihadi leader. His success has made ISIS more appealing to aspiring European and American jihadists than al-Qaida and its leader Zawahiri have in the past.

*Martin lives in Beirut and is a correspondent for Deutche Welle TV and the Mail on Sunday (UK) newspaper. @MartinRJay