Ekmeleddin İhsanoğlu: The involuntary frontman of a half-hearted alliance 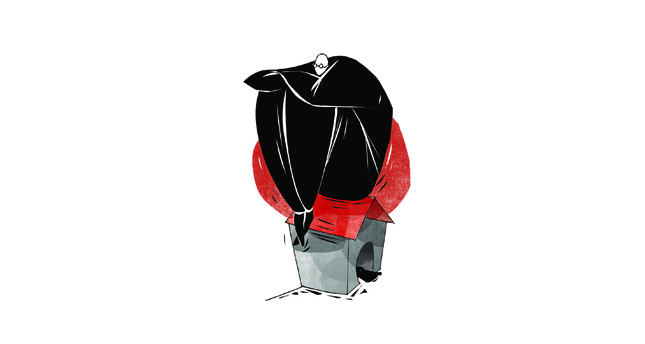 by Sami Orçun Ersay Jun 20, 2014 12:00 am
The Republican People's Party (CHP) and the Nationalist Movement Party (MHP) have formally announced that Ekmeleddin İhsanoğlu, who served as Secretary-General of the Organization of Islamic Cooperation (IOC) between 2005 and 2014, as their joint presidential candidate. The 70-year-old academic's presidential bid deserves a comprehensive analysis with reference to not only the CHP and the MHP but also the pro-Kurdish Peace and Democracy Party (BDP). It is quite obvious that the CHP had to turn away from its traditional, secularist ideology in order to launch a successful election campaign – which inevitably requires support from the MHP and, to a lesser extent, the BDP. In other words, the main opposition party was compelled to opt for a conservative candidate with strong Islamic credentials in order to appeal to a larger voter base and clinch a much-needed victory in the second round. The CHP's desperation to field a heavyweight caused the party leadership to entertain candidates varying from Kemalist hardliner Deniz Baykal to Ekmeleddin İhsanoğlu, the eventual frontrunner.

Although initially surprising, the CHP's decision to move forward with Ekmeleddin İhsanoğlu, a known Islamist, really represented part of a broader discussion within the main opposition party's ranks that revolves around its fiercely-contested "right turn." As such, it was particularly interesting for the CHP to pick the presidential election, a historic contest for the highest public office in the country, to make an explicit statement about reaching out to right-wing voters. Keeping in mind that the main opposition party went to great lengths in 2007 to prevent an Islamist politician from assuming the presidency, it is noteworthy that the CHP completely reversed its position compared to just seven years ago. The situation at hand, in this sense, attests to the limits of the ongoing ideological battles within the main opposition party.

While commending the CHP leadership's courage, we must also point to a few serious miscalculations in designating Ekmeleddin İhsanoğlu as the opposition's joint presidential candidate. First and foremost, the party appears to have failed to see (or simply ignored, for that matter) that a little-known, conservative elite like İhsanoğlu with no experience in politics might need more than social standing and political background to persuade voters. After all, the opposition candidate has a slim chance of success in the face of a real possibility that Prime Minister Recep Tayyip Erdoğan, a veteran of the political scene with vast campaign experience, might perform well enough to score a first-round victory. The CHP's second miscalculation was to ignore the joint candidate's potential to alienate secularist voters while reaching out to disenchanted conservatives and MHP supporters – a mistake that could easily backfire in the form of a new wave of power struggles within the party organization.

Before moving onto a discussion of why the MHP agreed to launching a joint campaign with the CHP and welcoming Ekmeleddin İhsanoğlu's candidacy, it is important to recall that the MHP leadership was first to mention the need for a joint initiative. As early as last month, MHP chairman Devlet Bahçeli described the ideal candidate as capable of appealing to conservative-nationalists (64 percent of all voters) and secularists (36 percent) through his nationalist, conservative, secularist and democratic credentials to provide the main opposition party with considerably detailed directions.

The CHP, in turn, has strived to locate a candidate who could meet the MHP's criteria. In this context, the party concentrated on a number of public figures including former CHP chairman Deniz Baykal, Eskişehir mayor Yılmaz Büyükerşen, former European Court of Human Rights (ECtHR) judge Rıza Türmen, jurist Sami Selçuk and former Deputy PM Abdüllatif Şener. The emphasis on jurists, in particular are ostensibly sought to appeal to the MHP leadership's state-oriented approach. While Şener, a former AK Party politician, represented a more conservative alternative, the inability of Baykal and Büyükerşen to appeal to large voter blocs raised concerns. Considering the potential candidates that the CHP had shortlisted in the first place, İhsanoğlu was the clear front-runner from the MHP's standpoint thanks to his combination of Turkish identity and Islam as well as academic credentials. In this regard, it is unsurprising that Bahçeli and his colleagues found it easy to warm to the idea of jointly nominating İhsanoğlu for president.

Observers that were surprised by İhsanoğlu's nomination arguably missed out on a minor detail regarding CHP Chairman Kemal Kılıçdaroğlu's meeting with BDP leader Selahattin Demirtaş just four days before the official announcement. During the talks, Demirtaş reportedly asked his counterpart to nominate a candidate that would not compel the Kurds to support Prime Minister Recep Tayyip Erdoğan's presidential bid. Meanwhile, HDP chairman Ertuğrul Kürkçü announced that they were unwilling to back the MHP's candidate of choice. Keeping both statements in mind, it is noteworthy that the official announcement came from the CHP, not the MHP, as a gesture of goodwill to the BDP/HDP organizations, while the joint candidate's conservative credentials aimed at maximizing his influence in the second round of the presidential race. In other words, it would appear that, ironically enough, the most recent comments from the BDP/HDP did have an influence over the joint campaign that enjoys the MHP's support. As such, the opposition's decision to nominate a conservative politician instead of a mainstream figure for the presidency hints at a campaign strategy that seeks to persuade Kurdish voters. It is too early, however, to suggest that the Kurdish political movement will endorse Ekmeleddin İhsanoğlu since PKK leader Abdullah Öcalan continues to sway considerable influence over the decision-making process within the BDP/HDP and might be willing to opt for the ruling AK Party in an attempt to keep the peace process intact.

Keeping all above-mentioned scenarios in mind, the only certain thing about the upcoming presidential election is that the main opposition CHP's decision to endorse a candidate with no ideological affinity to the party organization will result in a prolonged controversy. Furthermore, as discussed above, the little-known and politically inexperienced opposition candidate's nomination would suggest that the opposition parties remain committed to an old-fashioned presidency in the face of the president's changing role within Turkey's political system. Finally, the size of the risk that the opposition parties had to take might do serious harm to the opposition's reputation and add to the disillusionment of their supporters in case of yet another defeat.