The Political Illusion of the Muslim Brotherhood 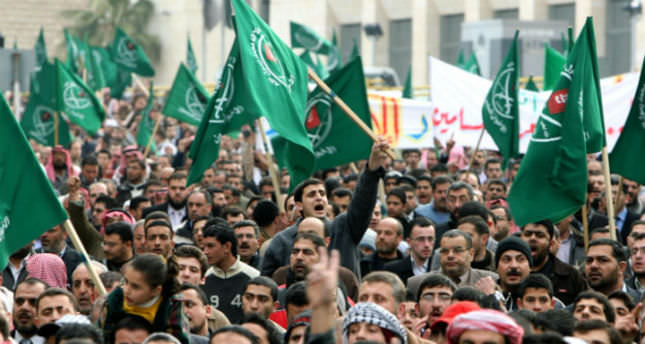 by Ahmad El Nashar Jun 20, 2014 12:00 am
Many of the Muslim Brotherhood's leaders cry out that the Egyptian people have expressed their choices in five democratic elections. This is one of the illusions that drives the mindset and public rhetoric of the Brotherhood nowadays. The total number of Egyptians eligible to vote is around 52 million people with the highest voting levels after the revolution occurring in the 2011 parliamentary elections. At an almost 62 percent turnout, the Brotherhood's received 10 million votes. That was the highest they would ever get in any election. A few months later their candidate, Mohammed Morsi, would get 5 million votes in the first round. In the second round that took place a few weeks later with a 52 percent turnout, he would get 13 million votes which was an increase attributed not to the Brotherhood's increased popularity, but as a punishment from the revolutionaries to an icon of the old regime – they did not want it back even if they had to choose the Brotherhood. I mention these two elections only because they were the only ones that had a turnout worth mentioning. So it is important first to note that the turnout in all other "democratic" events was weak enough, at well below 40 percent, to indicate that Egyptians had not really expressed their choices. Some might argue that this is how democracy works – to which I would respond that democracy, in essence, is about people participating in the political processes of their country. However, if the turnout in such processes only leads to the participation of a minority of the population then democracy has failed. And this is what the Brotherhood experienced the harsh way and yet they do not seem to get the message. If we analyze the results of the two most popular elections, we quickly conclude two things. First, at the peak of people's confidence in the Brotherhood and the political process, the Brotherhood only gained 20 percent of the total eligible number of votes. This number indicates significant support but does not reflect the views of a popular majority.

Secondly, they managed to lose popularity in a matter of a few months so that when the first round of Presidential elections took place they only managed to secure 10 percent of the total eligible number of votes. So my question to Brotherhood leaders is how do these figures demonstrate Egyptian people's choices? The fact is that in the second round, if it were not for 8 million people who decided to vote for Morsi only to punish Mubarak's regime, Morsi would have never succeeded. Yet it seems that the Brotherhood's leadership does not recall this blatantly memorable fact and remains delusional to a reality that bit them hard when the military coup took place on the back of the masses that went to the streets of Egypt on June 30.

I make this point now that more than 700 people have been sentenced to death – including the leader of the Brotherhood. As ridiculous and inhumane as the verdict may seem, the reality is that it reflects the mindset of a significant portion of Egyptian society. A recent PEW report reinforces this point citing a decline in the Brotherhood's popularity from 63 percent to 38 percent in just one year. Those with this opposing mindset do not accept the Brotherhood and do not care how many of them or their supporters are killed. If the leaders of the Brotherhood cannot grasp this reality and deal with it, I believe we will see more events of the same sort. If the Brotherhood's leaders are unable to reach out to those around them who sympathize with their cause and share their opposition to the current regime, but do not accept the Brotherhood's rhetoric of legitimacy, they will suffer even more losses. If they are also unable reconnect with those who have lost trust in them because of their actions over the past couple of years then more of their people will be sentenced to death with the blessing of millions in Egypt. I know that the leaders of the Brotherhood tend to have a mindset dominated by feelings of victimization which drives them to perceive such events as sacrifices and as the prices that must be paid in their struggle against tyranny and injustice. However, the current reality reveals that there is a significant number of Egyptians who currently do not share that sentiment. When will the leaders of the Brotherhood read the signs and cease their illusions of popular support?