Is nuclear power the answer to Turkey's energy needs? 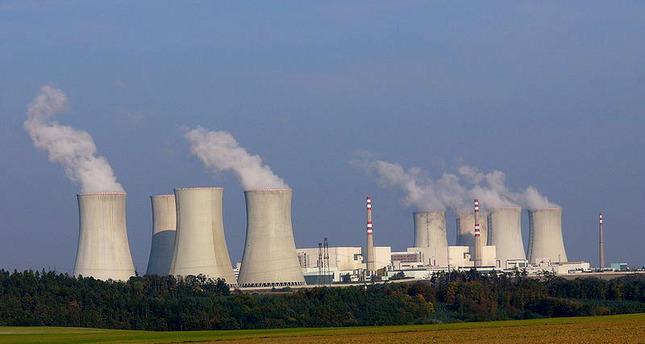 After the coal mine disaster in Soma that killed 301 people last month, discussions have commenced again upon Turkey's move toward nuclear energy. Currently, Turkey has plans for establishing two nuclear power plants within the next decade. One plant, which will be built and operated by a Russian energy company (Rosatom), is already under construction in Akkuyu in Mersin Province on the Mediterranean Coast and is scheduled to be in operation by 2023. Another one is to be built by a Japanese-French consortium in Sinop on Turkey's Black Sea Coast, and construction is expected to start in 2017.

Before starting to discuss whether nuclear power is required and how it is going to be applied in Turkey, we need to take a glance at Turkey's energy profile and policy first. As we are all aware, Turkey is not a resource-rich country in terms of oil and gas, and more than 90 percent of those are being imported. Turkey has been coming after China in the world regarding the increase in natural gas and electricity demand in recent years despite decelerating economic growth. According to a statement by Turkish Energy and Natural Resources Deputy Minister Murat Mercan, $60 billion were spent for energy imports, which constitutes one fourth of the import of a total of $237 billion in 2013. It needs to be emphasized that over 75 percent of natural gas purchase is being imported just from two states, Russia and Iran.

After a quick glimpse at the current energy situation, we can pass on to the energy policy of Turkey, which is formed by three main pillars. The first principle of its energy strategy is reducing the dependency on energy imports by giving weight to domestic supply. In order to achieve this aim, renewable energy resources bear utmost importance. Within this scope, Turkey is planning to enhance the usage of hydro, wind and solar energy resources and meet 30 percent of its electricity demand from renewables by 2023.

Besides renewables, Turkey has taken crucial steps during the last decade in order to benefit from its own natural resources as far as possible. In this regard, the state owned Turkish Petroleum Corporation (TPAO) conducts both domestic and international exploration and production activities.

However, it should be noted that there is an urgent necessity for TPAO to convert its mind-set to aggressively engage in energy projects abroad just as a majority of other institutions in Turkey are trying to do, TPAO also should be seen in the international arena more like its peers. Especially, investment opportunities within the region, by means of operatorship or other types of partnerships, should be pursued further.

The second aspect of Turkish energy policy resembles the dynamic and proactive foreign policy of Turkey, which is roughly speaking, playing an essential role within the region, fostering relations with neighbor states by using cultural and historical bonds and having a solid stance to provide security and stability both for its region and Europe. Within this context, the news that we have been reading recently regarding the shipment and sale of more than 2 million barrels of northern Iraqi crude oil through Turkey's Ceyhan Port has crucial importance. Turkey's relationship with the Kurdistan Regional Government (KRG) bears huge political as well as economic value. Moreover, the recent share increase of Turkey in the Trans-Anatolian gas pipeline project (TANAP) from 20 percent to 30 percent, and TPAO's share increase in the Shah Deniz gas project from 9 percent to 19 percent reinforced Turkey's role in ensuring the energy security of Europe in a "post-Ukraine" situation. These developments demonstrate a radical change of mind-set in energy policy to be an active and key player vis-à-vis the "old Turkey" in recent years.

The third pillar of Turkish energy policy is to ensure Europe's and its own energy security, which means uninterrupted availability of energy sources at an affordable price according to the IEA's definition of this term. Sustainable energy security has been one of the hot topics among European states, and this concern became more visible after the annexation of Crimea by the Russian Federation and the political instability within Ukraine. It is of capital importance to diversify the sources of energy supply in order to consolidate energy security.

All three energy strategies are interrelated and should be paired with each other. Alleviating the dependency on Russia and Iran in terms of natural gas import is one aspect of ensuring energy security as well as the others mentioned above. Turkey's nuclear move is directly associated with its energy policy that finds its roots in the 2023 vision from a wider perspective.

If so, is nuclear power a requisite for Turkey to attain its aspirations? As a matter of fact, this is not a simple yes or no question in essence. Different aspects of nuclear power should be appraised in depth in a global context, but we have to admit that the disputes on nuclear have been maintained at a low knowledge level in Turkey. Oppositions that stem from a merely political root hamper the discussion of the cold facts of nuclear power and take public perception away from the realities.

Therefore, we should evaluate the counter-arguments for nuclear in a global context and discuss the issues raised by the opposition from an international aspect. Most of the anti-nuclear arguments concentrate basically upon two main subjects: safety and environmental issues. "While we can't even prevent accidents in a coal mine, how are we supposed to prevent them in nuclear power plants?" is one of the most raised questions from anti-nuclear movements or persons nowadays. The answer to that question lies in the international nature of nuclear power.

While the usage of coal or hydropower is totally under the authority of states, the use of nuclear hinges upon very strict international rules, and states must have the required legal infrastructure and institutional framework and comply with basic international rules regarding nuclear in order to be able to use nuclear energy.

Thus, Turkey has been a member of the International Atomic Energy Agency (IAEA) since 1957 and a state party to more than 10 multilateral treaties and IAEA safeguard agreements regarding different aspects of the peaceful and secure use of nuclear power. Compliance with all of these legal requirements is the first phase of Turkey's move toward being a nuclear state.

Harsh criticisms were directed at the Prime Minister Recep Tayyip Erdogan by anti-nuclear groups when he stated in 2013: "I can't say I'm 100 percent sure that there isn't any possibility of an accident.

Even though the possibility is one in a million, it could happen," regarding the risk inherent to nuclear projects. His statement was actually an internationally accepted phenomenon regarding nuclear power. Nuclear power has risks for sure; all of the major institutions in the nuclear energy field acknowledge that fact, but it has benefits too. The key issue here is to keep the balance between risks and benefits.

It's not possible for Turkey to maintain its energy usage standards at this level and satisfy its energy needs just from solar power or hydropower. Either we will reduce our standards and be contented with the energy produced from renewables or we will replace other imported energy sources with nuclear power.

One of the main principles of international nuclear law is the "safety first" principle. Where risks outweigh benefits, there the priority is to protect public health, public safety, public security and the environment. The other principle is the "continuous control principle," which means conducting inspections on a regular basis. Nuclear power plants are inspected by a three-layered mechanism that includes on-site inspectors, inspectors from the independent nuclear regulatory body and international inspection by the IAEA. These inspectors from the IAEA have free access to all premises using radioactive materials. Hence, nuclear power plants differ from coalmines both in terms of installation and inspection.

If we stick to these main principles of international nuclear law, the risk would be mitigated to its lowest level and the likelihood of an accident to occur would be minimized.

Germany's nuclear phase out decision has always been a major argument for anti-nuclear advocates, but it's generally misinterpreted in Turkey. The reason that Germany is phasing out nuclear does not originate from a safety problem; rather, it's an economic as well as political issue. In order to escalate the fear factor of nuclear power among the public, Germany's decision has been reflected as if they are afraid of a nuclear blowout or an accident. When I asked this of a consultant from the legal office of the IAEA, she clearly stated: "Their nuclear power plants were getting older, and they had to decide either to make new, large investments to renew their existing power plants or to build new ones or to phase out. The Fukushima accident and the following public opposition made Germany decide in this way. If it was merely a safety problem, they wouldn't have half of their power plants operate for another decade."

When it comes to environmental concerns, contrary to popular belief in Turkey, nuclear power doesn't harm the environment more than other conventional energy sources. In fact, nuclear energy has one of the lowest impacts on the environment of any energy source because it does not emit carbon dioxide, nitrous oxides or sulfur dioxide, which cause air pollution, because nuclear power plants generate heat from fission, not from burning fuels.

Of course, it has some impact on the environment as every other energy generating method, but again what should be taken into consideration while determining the efficacy of nuclear is the risk and benefit balance. To sum up, it seems that nuclear energy is a must for Turkey, and the necessary steps should be taken in this regard.

Even if nuclear power is secure and safe from a technical point of view, it shouldn't be forgotten that public perception looms large. Thus, in order to eliminate the concerns regarding nuclear power within the public, both the government and the constructor/ operator must be transparent and inform the public occasionally. At least, the public should be aware of one of the oldest nuclear power plants in the world in operation in Armenia (Metsamor), which stands just 15 kilometers away from the Turkish border, while concerning of a blowout in Turkey's nuclear power plants.

* Oil and gas law researcher at the London Centre of International Law Practice and Ph.D. candidate in the Centre for Energy, Petroleum and Mineral Law and Policy at the University of Dundee
RELATED TOPICS