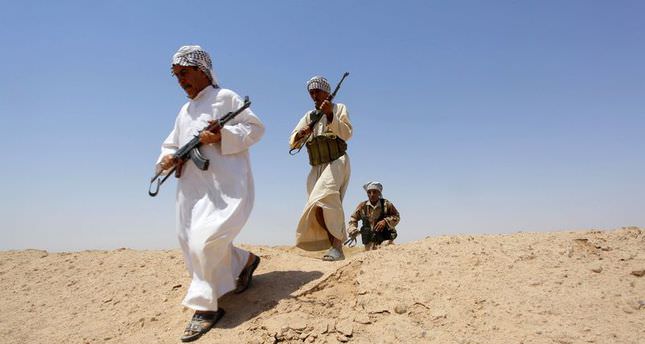 by Melinda Negr n-Gonzales Jun 30, 2014 12:00 am
Al-Qaeda affiliated and inspired groups, such as the Nusra Front and Islamic State of Iraq and al-Sham (ISIS), have fully exploited the region's myriad opportunities for expansion and enlargement. There are several factors that explain why the Levant and Iraq provide fertile ground for ISIS militants to plant roots and thrive.

First, militant groups are drawn to ungoverned spaces in countries that lack the military capabilities to keep them out. Syria is embroiled in civil war and Iraq was ranked by the Brookings Institution's Index of State Weakness in the Developing World as one of the world's weakest states. Thus, these countries provide an ideal setting for ISIS militants. The U.S. bears some responsibility for creating the conditions that initially allowed al-Qaeda to spread like locusts in Iraq. ISIS is, after all, an outgrowth of al-Qaeda in Iraq (AQI), which is a product of America's occupation of Iraq. AQI was decapitated, after the U.S. killed its leader Abu Musab al-Zarqawi in 2006, and deflated, after U.S. forces joined with Sunni militias in the celebrated "surge." But, it was not destroyed. The Syrian civil war has breathed new life into the ISIS militants group, providing it with more access to weapons, fresh recruits and more ungoverned spaces to train them.

Second, ideologically, ISIS militants' sectarian message resonates with many disgruntled citizens in Syria and Iraq. ISIS is merely piggy-backing on the well-established sectarianism stoked by irresponsible leaders in the entire region. Syria's civil war has been fought along sectarian linesand the civil war in Iraq intensified sectarian divisions which Prime Minister al-Maliki has not adequately addressed, but rather enflamed. Consequently, Syrians and Iraqis see the balance of power in their respective countries as a zero-sum game between Sunnis and Shias. Sunnis who might not otherwise find ISIS's brand of radical Islam appealing are willing to tolerate them in this zero-sum environment.

Third, ISIS militants have been supported and also unintentionally enabled by states. For instance, geopolitical calculations have led Saudis, Kuwaitis and Qataris to provide direct support to ISIS militants, with the aim of weakening their rivals, Syria and Iran (the enemy of my enemy is my friend). Geopolitical considerations have also prevented some states from fully clamping down on the flow of ISIS militants through their countries, under the assumption they benefit from the chaos ISIS militants breed in enemy states. Even countries like Syria which are at war with ISIS militants may have enabled them. According to various sources, the Syrian government has strategically decided to hold back against ISIS militants in some areas, so that ISIS militants could crush the Syrian rebels. In short, to a certain degree states have helped rather than hindered ISIS.

Fourth, realpolitik has also precluded a regional security framework whereby some regional powers build a cross-sectarian alliance to defeat their common enemy (ISIS) as well as the sectarian narrative that fuels its operation. Unfortunately, the festering animosity between Sunni and Shia regional powers will probably continue to prevent effective action across sectarian lines.

Fifth, dismal economies and high unemployment in the region make recruitment easier for militant groups. It is impossible to know the exact number but it is safe to guess that some ISIS recruits are more interested in a paycheck. According to Thanassis Cambanis of the NY Times, ISIS pays a higher salary than other militant groups in the area. Moreover, they are highly organized. This allows them to operate like a mini-state once they capture a town, collecting taxes but also providing some public goods, provide their brand of law and order. This further aids their recruitment efforts.

In sum, there has been a favorable environment that ISIS has cunningly exploited. It remains to be seen if they can hold on to captured territory. One thing, however, is certain. Even if Iran's elite Quds force helps Iraq recapture lost territory and/or American drone strikes (if authorized) effectively weaken ISIS, the structural factors that have enabled its growth will remain and will not disappear anytime soon.

* Political scientist at the University of New Hampshire