Caged Middle-East and the relentless hunt for the runaway 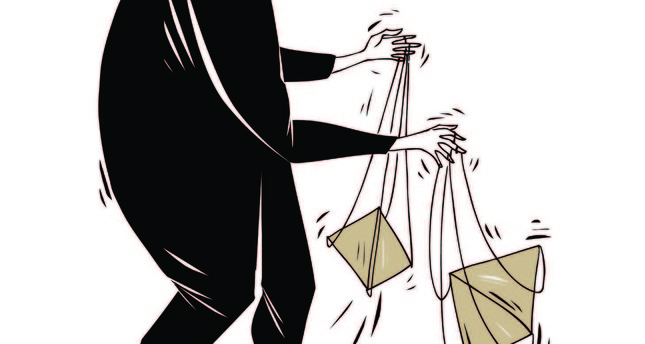 Before Morsi even started to shake the corrupt order in his country, he was overthrown, because if he was successful, the resources of Egypt would have belonged to the Egyptians as opposed to the internal alliance and their colonial masters

Internal alliances and robust frameworks built during the colonization of Middle-Eastern countries enabled colonists to leave the region with a peace of mind because they were always going to run these countries from a distance. This strategy was gainful and safer for them in many ways because a shift would have meant that the colonial battle on the ground would have been maintained by the colonized natives which would look less suspicious and work out better with the ongoing external support.

People who had/have some insight into this construction and thus, have opposed/oppose the oriental mentality have been suppressed as being against the regimes and labelled as "radicals" and "political Islamists." Similarly, values standing against the oriental mentality had the same fate in that every effort has been made to defame those values in order to distance people from the realities of their past and values that make them who they are.

Moreover, the core connecting value – Islam – which had connected borders and hearts from across the Middle East and further away, for centuries was tactfully profiled as the main reason for the fall back of the region. Adding to this, different interpretations of Islam were promoted in each country and each interpretation was promoted to be considered by its sympathizers as superior to other interpretations. This narcotized the people of Middle East leading them to mess with one another while losing sight of the big picture.

This made it much easier for colonized elites to govern Middle Eastern countries, the people of which had long forgotten their common values and history and were instead at each other's throats, playing into the hands of their colonized guards. Their minds had been caged and they were too weak, belittled and oppressed to stand against those who had taken them captive. Deepening the issue further, younger generations were injected with new "freeing to enslave values" that naturally rendered them to be the voluntary ambassadors of the order that had enslaved them and their countries. One could not ask for more!

The values that posed a risk to the interests of the colonists were now being fought by native minds that are "secular" but secularized to tolerate any belief or lifestyle but Islam; "educated" but educated to fight against their own values; "Western" but Westernized to look down on their own "values" as "modern" but modernized to see their lifestyle and world views superior to others. Universities, which have been meant to free minds, served a contrary purpose in Turkey and the Middle East as most of academics who fit into the category of "secular," "educated," "Western" and "modern" took it upon themselves to defend the rotten regimes while ironically remaining secular, educated, Western and modern.

This de facto situation has turned almost all Middle Eastern countries into open jails for their citizens. Attempts to break this have either failed or been short-lived so far due to the long-established colonial alliances or rooted frameworks. Egypt's attempt under President Morsi's leadership was one of these short-lived attempts. Ironically, he had become the head of the state that had fought his ideology since its foundation while the whole corrupt structure remained intact. Despite this, the historical, economical, structural and democratic failures were tactfully attributed to Morsi by the colonized natives and he was hypocritically expected by the alliance to clear their longstanding mess in the very short time he was president. Inevitably, he failed and Egypt remains colonized and caged.

The same goes for Syria, the people of which have been forcing a break for years. Unfortunately, due to the fear of what may replace the current murderous regime, which has been consolidated by the sudden emergence of some constructed enigmatic radical groups, the international community has failed to show a strong and united reaction to the Syrian regime at the expense of the ongoing destruction of lives in Syria.

Perhaps such an expectation from the international community would be pointless and contradictory given their silence over the coup in Egypt. But, the desperateness of the caged Middle East seems to be so deep that the wardens are called as saviours. What a dilemma! But why this desperate wish to keep the Middle East caged or why these relentless efforts of demonizing and profiling Muslims as undemocratic, uncivilised and potential terrorists? Dr. Deepa Kumar's work titled "Constructing Muslim Enemy from Crusades to 9/11" shed some lights on this. To her, Islamophobia is not about Islam but rather politics. According to her, the image of a Muslim Enemy is constructed at particular historic moments in order to serve political and economic interests. Dr. Kumar states that the construction of Islamophobia goes back to the late 11th century and she claims this being constructed by the Church and European rulers due to the fear of Islam challenging their morally corrupt political power over the people during the Dark Ages and introducing freedoms such as women's right to divorce, remarry, inheritance and education.

Times have changed however Islam's stand against deepening morally corrupt political and economic power has remained steadfast. And in this current climate where European economies are shrinking due to corrupt economical systems and all sorts of social-ills are co-existing as a result of erosion of values as indicated by Zygmunt Bauman in his article "The Absence of Society," Islam maintains its purity in terms of the values that it introduces for the existence of fair and healthy societies. A religion which recognized the equality of human rights regardless of gender, race and color centuries ago and holds high the notion of good deeds in the interest of the humanity is being demonized by the colonists and imperial powers as it has always constituted a threat to their economic and political interests. So, the determination about wanting to keep the Middle East caged seems historically to do with the emancipating notions of Islam from all corrupt political, economic, social and traditional values, but most importantly, as indicated by Iranian sociologist Ali Shariati, from his own prison, which is the self.

Before even Morsi started to shake the corrupt order in his country, he was overthrown because if he was successful, the resources of Egypt would have belonged to the Egyptians as opposed to the internal alliance and their colonial masters, which would have potentially resulted in a ripple effect in the region. So, Egypt was re-incarcerated straight after a mini-break, leaving only one breaker from the cage: Turkey. The outcome since the break-out is enviable because her economy is the most advancing one in Europe, and longstanding issues of freedom and conflict are being addressed bravely by the current administration, which is causing the alliance and their external masters to lose sleep. As a result, there is a relentless effort to re-incarcerate Turkey and all the rigmaroles about Turkey not having free press or Erdoğan being a dictator is to do with the fact that the alliance in Turkey and their external allies have lost their control over Turkey and they desperately want to rein her back in.