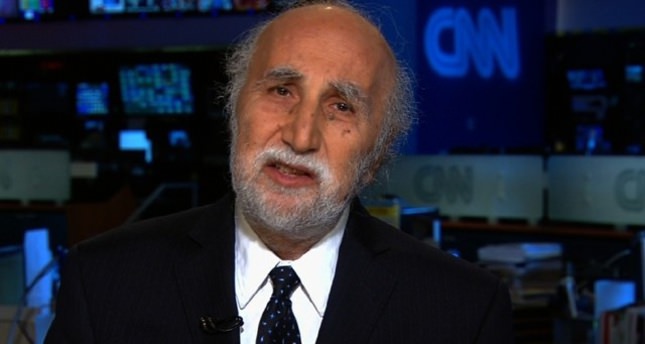 by Shakir Husain Jul 08, 2014 12:00 am
Whatever his academic record, American professor Fouad Ajami, who died recently at 68 years of age, will always be remembered for his misguided advocacy of the 2003 U.S.-led war on Iraq. In U.S. neoconservative circles and among Zionists he was highly regarded as an expert on Arab affairs.

U.S. Vice President Dick Cheney cited him in a 2002 speech that Americans would be hailed as liberators in Iraq, defying widespread opposition to the Pentagon's war plans. "As for the reaction of the Arab street, the Middle East expert professor Fouad Ajami predicts that after liberation in Basra and Baghdad, the streets are sure to erupt in joy," Cheney had said.

George W. Bush's national security advisors Condoleezza Rice and Paul Wolfowitz, who served as deputy secretary of defense at the time, listened to his flawed theories.

American news networks similarly saw the director of Middle East Studies at the School of Advanced International Studies at Johns Hopkins University as a prominent pundit and gave him ample air time to speak on the Middle East. I had a chance to listen to his defense of the Anglo-U.S. invasion of Iraq in Dubai where he spoke at the "Arab Strategy Forum" in 2004. That Ajami was treated almost reverentially by many became clear from the statement of the organizing committee of the Dubai event.

"Dr. Fouad Ajami, thinker, author and intellectual has pondered over the issues facing the Arab world for many years. With his help, we might yet be able to define what ails our policies and how could we overcome our shortcomings to leap into a promising new future," one senior official said.

What followed at the event, however, stunned both the professor and his government hosts. Ajami was ridiculed in a spectacular way when he argued that the Iraq war was "a noble enterprise."

"I make no apologies for the war. Domestically, the Baath party could not be overthrown, and Arab regimes were never going to overthrow [President Saddam Hussain]," he said during a discussion that included University of Illinois international law professor Francis Boyle.

Normally contentious issues are kept out of public discussions in the United Arab Emirates, but when you bring in foreign participants, local hosts cannot control everything.

Boyle said the neoconservatives serving Israeli interests were behind two wars in Iraq and wanted to take over the region's hydrocarbon resources until nothing was left to steal. He described Israel as "a genocidal apartheid regime."

In 2011, I got a chance to interact with Prof Boyle at the Kuala Lumpur War Crimes Tribunal, an initiative of former Malaysian Prime Minister Mahathir Mohamad, a strong critic of Zionism and a fierce opponent of the Anglo-American invasion of Iraq. The tribunal organized a four-day public hearing on George Bush and Tony Blair's war crimes in Iraq.

Boyle remembered vividly the 2004 clash he had with Ajami. He told me that he was in fact invited by the Dubai organizers to counter Ajami but they perhaps could not digest his outspokenness. "They never invited me after that. Maybe Sheikh Mo [Dubai's Sheikh Mohammed Bin Rashid Al Maktoum] didn't like what I said," he told me.

I remember Ajami remaining unperturbed while the audience applauded Boyle's scathing attack on him. It showed the man's character, he could stick to his line of thinking no matter how much scorn it elicited.

And he continued to see the Iraq war as "noble" despite massive death and destruction and the lies that were used to justify the neocon war project.

He told an Israeli newspaper paper in 2011: "I still support that war, and I think that the liberals who attacked Bush in America and elsewhere, who attacked him mercilessly, need to re-examine their assumptions."

That is not to say Ajami was tenacious about his ideology and politics. A Shiite Muslim from the remote southern Lebanese village of Arnoun, he migrated to the U.S. in 1963 when he was about 18. He changed his political colors as per convenience.

Adam Shatz, a contributing editor at the London Review of Books, in his 2003 profile of Ajami called him "the native informant." Shatz wrote: "A leftist in the 1970s, a Shiite nationalist in the 1980s, an apologist for the Saudis in the 1990s, a critic-turned-lover of Israel, a skeptic-turned-enthusiast of American empire, he has observed no consistent principle in his career other than deference to power. His vaunted intellectual independence is a clever fiction."