US Presbyterian church divestment vote and the struggle for Palestine 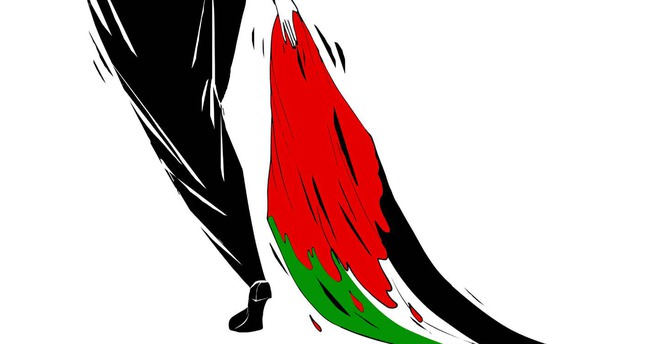 As the level of Israeli oppression of Palestinians increases with the expansion of settlements, constant attacks on Gaza and the failure of the peace process, Church members are becoming more engaged with efforts intended to change the conditions on the ground

On Friday June 20, 2014 the U.S. Presbyterian Church 221st General Assembly voted 310-303 to divest from companies that enable Israeli occupation of Palestine. With this action, they have become the largest organization to join divestment efforts and managed to bring the Boycott Divestment and Sanctions (BDS) movement into the American mainstream.

The divestment resolution was at least two years in the making, if not more, and involved methodical and painstaking organizing efforts from groups in partnership across the country that led to the eventual success. This vote is the most significant development in the past 30 years for the Palestine Solidarity Movement in the U.S. and will usher in a shift in public discourse and the strategic landscape in the coming years.

The implications of the vote for Israel's advocates can't be underestimated as the struggle for Palestinian rights has firmly moved into the wider public, outside the confines of the small Arab and Jewish communities. A more critical outcome of this vote is the inability of all the major, national, pro-Israeli Jewish organizations to prevent or alter its outcome despite heavy mobilizing before, during and for sure afterward to tarnish the image of the Presbyterian Church.

In this context, advocates of Israel's status quo in the U.S. are beginning to push against a fundamental public shift as the debate has moved outside the established norms established in the post-World War II period. From the post-Holocaust era up to now, major U.S. and European church institutions shied away from criticizing Israel's actions, opting to provide "gentle" engagement and nothing more. Fearing accusation of anti-Semitism and being silent during the Holocaust kept the churches on the sidelines. As the level of Israeli oppression of Palestinians increased, the expansion of settlements, constant attacks on Gaza and the failure of the peace process, church members became more engaged with efforts intended to change the conditions on the ground and help in the long run to create a profound awareness of Palestinians' history and suffering under occupation. In addition, Palestinian Christians and Muslims managed to break through the wall of silence and pushed for more meaningful and measured actions.

Furthermore, the U.S. invasions of Afghanistan and Iraq with heavy involvement by pro-Israeli neo-conservatives made it possible for the gates of the debate and criticism to become wide open as the failure of both became apparent to the general public and no sacred cows were left untouched. Prior to these two wars, the debate on Palestine was confined to Arab and Jewish circles in the U.S., with each attempting to get the attention of successive administrations on the issue. Israel's lobbying efforts were successful in maintaining a decisive edge on this front. The two wars and the "war on terrorism" demolished the existing frames for engaging with the Palestine-Israel debate in the U.S., and all issues, for the first time, were on the table, open for debate.

The American Israel Public Affairs Committee (AIPAC) and organizing within the Jewish community's success was dependent on the constructed notion of Israel's centrality in helping maintain and furthering U.S. national and strategic interests in the Middle East. The U.S. wars in the region illustrate in more than one way how Israel was a strategic liability and the lobbying efforts were directed at creating an imagined convergence of interests, while the opposite increasingly was the case as General David Petraeus stated clearly that "enduring hostilities between Israel and some of its neighbors present distinct challenges to our ability to advance our interests in the area of responsibility."

Israel's strategic relations with the U.S. are strong in Washington, D.C., however, across the country, universities and the public are increasingly abandoning support for Israel, including among a sizeable segment of American Jews. The future does not look promising for this relationship and the fractures are visible outside immediate political circles. At present, the response from pro-Israel groups have been claims of defamation, limits on free speech and pursuit of administrative and bureaucratic sanctions against activists, which only managed to increase the support for Palestine and consolidate the public shift.

Another critical development that broadly contributed to this shift is the increasing Arab and Muslim presence in America over the past 30 years that is beginning to register impacts on both local and national levels. In more than one region, Arab and Muslim community presence provides regular encounter opportunities that help in constituting the counter narrative to Israel's overwhelming head start and success over the years. This is coupled with the emergence of second and third generation Muslim and Arab-Americans who are born and educated in the U.S. who have no hesitation or fear of asserting their perspective and worldview, which is readily documentable at university and professional levels.

Likewise, the vote and the intense debate in Detroit witnessed the effectiveness of a critical pro-Palestine coalition that includes the U.S. Campaign to End the Occupation, Jewish Voice for Peace, Friends of Al-Sabeel (Voice of the Palestinian Christians) and American Muslims for Palestine working and coordinating their efforts on this issue. The often-used strategy of accusing opposition to Israel of being anti-Semitic is no longer successful at face value considering the national coalition's diversity and its ability to organize on the basis of universal anti-racist and anti-colonial perspectives. Indeed, the debate in Detroit had Jewish, Christian, Muslim and Arab groups, both secular and religious, working collectively to push the wheels of justice for Palestine forward.

The model for the BDS movement is ending of Apartheid in South Africa and considering the success in Europe, Africa, Latin America and now the U.S., we must be confident that the justness of the Palestine cause is the global focal point and the end of the Occupation is only a matter of time. What is needed is a more critical engagement in the Muslim world that can build on this success and construct strategic relations with the public in the U.S. and across the world. AIPAC's power is no longer sufficient to determine the outcome in the U.S., and Palestine has a constituency that demonstrated its ability to make a difference on the ground. The BDS movement is the world's response to the apartheid walls of oppression and deafness that continue to witness the daily dehumanization of Palestinians and can only offer another meeting to negotiate further facts on the ground. The political leadership and civil society is incapacitated by a lobby working to silence the opposition and reward Israel's oppression with funding, diplomatic and legal cover, but those days are over and a new era is upon us that, in due time, will bring about real change and a free Palestine.