The Sunni Revolution in Iraq 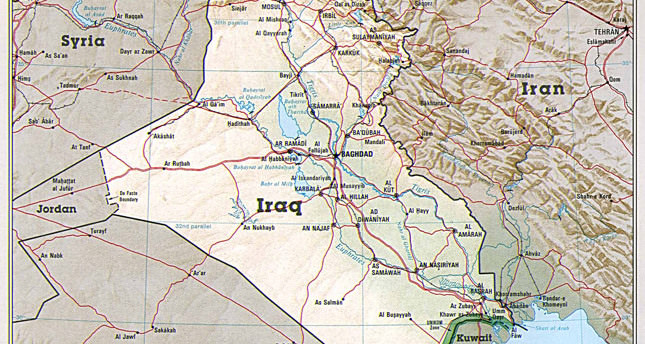 by Tariq Al-Hashimi Jul 11, 2014 12:00 am
Not trying to brag, but I must say that people who know me say that I have three qualities - righteousness, honesty and courage - which distinguish me from the rest of the Iraqi politicians. In terms of mentality and performance, I do not claim to be an extraordinary individual, I prefer to leave the judgement to others, but I also do know myself.

As such, I take pride in having been raised based on the aforementioned character traits and rejoice that they were influential in shaping my personality.

Such an introduction was necessary to address the subject upon which I would like to touch. As a matter of fact, many of my Turkish friends have encouraged me to explain to the public a thing or two. While some commentators used their articles to distort my position and statements, certain journalists and politicians did the same through their words. They went so far as to claim that I supported terrorist groups, especially the Islamic State of Iraq and al-Sham (ISIS), which was responsible for the raid on the Turkish consulate in Mosul and the kidnapping of consular personnel.
That the line between advocating a revolution by the Sunni population, which experienced persecution in various parts of the country, and supporting radical Islamic groups accused of terrorism such as ISIS, as well as the defamation campaign devoid of objectivity and full of prejudice, have left me heartbroken and disappointed.

In truth, the difference between the two attitudes is as obvious and clear as earth and sky. Yes, I revolted against persecution, tyranny and despotism. And I call for a genuine revolution to transform my country into a democratic and civil state. My agenda relates to a homeland committed to human beings. With the exception of selfdefense, I shall remain a man of peace and keep my distance from violence.

I shall not revisit my position on peace and I will refuse to feel sympathy toward radical Islamists who misrepresent Islam to turn grace into persecution, and peace into violence. These groups deem permissible acts of murder, which Allah declared illicit. I denounce their notion of the faith and condemn the crimes they committed.

I strongly protest their capture of innocent Turkish truck drivers and the consular personnel in Mosul. This is obviously an unacceptable situation that everyone must condemn. Therefore, I wish to declare my brotherly sympathy to the people of Turkey and the families and loved ones of the hostages. And I pray to Allah for the release of all captives without further delay. Similarly, I call upon everyone to live up to their responsibilities with regard to freeing these individuals. I shall not relinquish my support for the Sunni Arab community in Iraq, since they are right.

Their revolution emerged as a reaction to the ethnic cleansing which they had to suffer. Their women were raped, there young people were arrested, their leaders and religious symbols were targeted. They were deprived of their identity as their mosques were taken from them and they endured all forms of pressure, including forced migration.

Iraq's demographic structure was altered. And so much more... Just like what the Serbs did to Muslims in Srebrenica, Bosnia-Herzegovina in the 1990s - perhaps even worse.

Here, we discuss two separate issues. Today, there is a legitimate revolution in Iraq with clear features and a national objective. We welcome those who offer their support in reaching our goals. Meanwhile, we tell those attempting to derail the revolution through extremism, bigotry, takfeer and hatred that they are not welcome among us. However aggravated the pressures, the persecution and the discrimination that we experience may be, our faith commands us to be just, merciful and restrained whilst pursuing a compromise. It is this path which we follow.