The coup perpetrator's search for legitimacy 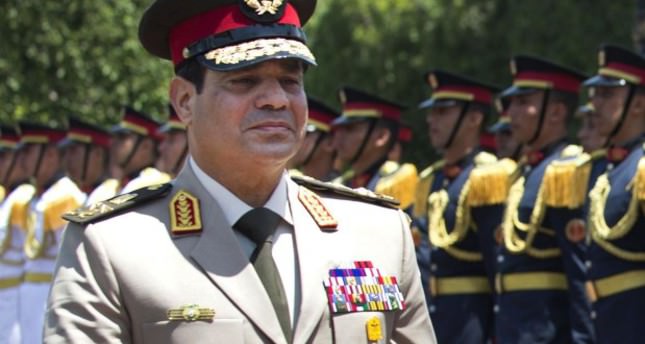 by Menwer Masalmeh Jul 14, 2014 12:00 am
The picture of the June 30 masses couldn't hide the fact that the military coup had overthrown the first elected civilian president in Egypt's history. Starting from that event, the journey of searching for legitimacy and its resources had been launched. In an attempt to confuse the terms and decorate the coup, the pro-military intervention started to promote the term of "the legitimacy of the masses," which has been exploited by marshal Abdel-Fattah el-Sissi to void who had won legitimately at the "ballot boxes".

Focusing on the Sissi administration's usage of the term "legitimacy of the masses," we note it is an unmeasured term, as though someone possessed a magic stick that does not have an interpretation for the reasons and it cannot be explained logically . However, it is impossible that the legitimacy of the masses would be something else but electoral legitimacy, just as the ballot boxes are a real expression of the people's will. An observer of the Egyptian scene realizes how the military coup monopolized the usage of the term "legitimacy" and explained its meaning as they wanted. Throughout the last year we witnessed many calls for the masses to take to the streets, as Sissi called for support in executing the roadmap, mandating the army to fight terrorism and intensifying popular pressure demanding his right to presidency. Based on this matter, Sissi tried to achieve his objectives by claiming that he is the sincere guard of the people's will, in an interview which had been published by the Washington Post on the August 5, 2013, Sissi alleged that they, the military council, "don't aspirate for authority." In addition to this he repeatedly swore that no military rule will exist. So as to absolve himself of these commitments, Sissi used the imaginary legitimacy of the masses as an excuse, claiming that he "can't turn his back" on their demands.

The major setback for the pro-military coup was the low participation rate in the last presidential election, which refuted Sissi's authority ofhis "legitimacy of the masses," where that legitimacy turned out to be a mirage, illusion and deception. This ironic situation hasn't prevented the continuation of lies and scams of the Sissi regime which defrauded the election results and announced a landslide victory for Sissi with 97 percent of the votes. In this way the latest elections bring us back to the era of dictators and their law: "Don't see except what I see."

Many trials have been implemented to convince public opinion to grant Marshall Sissi the authority to ruling and expand the size of the recognition of his presidency. Recently, Sissi tried to wrest legitimacy through international recognition by inviting the heads of state from around the world to attend his presidential inauguration, which had not happened during the 62 years of the Egyptian republic.

But this desired legitimacy couldn't be achieved in the style Marshall Sissi wanted, where most delegations and guests were not high diplomatic representatives, except for the Gulf-states of course, which are considered as "The Godfathers" of the military coup. As a result, the message that can be concluded is that international hesitation is the prevalent attitude toward the new situation in Egypt. However, we foresee that Egypt will witness a partial progress in its international relations with some countries, since the common interests between Egypt and these countries will force them to break the ice with the new regime. Still, other countries are expected to maintain more conservative relations with the new regime where principles and values are considered a pillar of their foreign policy.

Regardless of its international relations nature which will be more obvious in the coming days, the extreme defiance of this new president is his ability to take recognition of his presidency from vast masses who demand freedom, social justice and dignity. These principles can never be found under the umbrella of a military coup except "when the hell freezes over."