Is terrorism the new form of governance in Iraq? 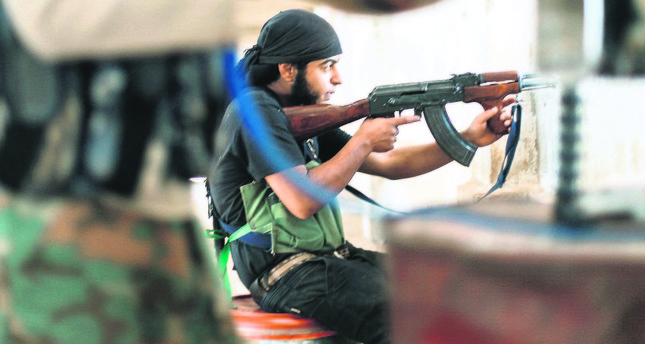 by Mehmet Çelik Jul 17, 2014 12:00 am
Speculative stories in mainstream media began to escalate when the Islamic State of Iraq and al-Sham (ISIS), captured Mosul and other towns in Northern Iraq, and moved toward Baghdad. Where did they come from? Who are they? Who supports them? What is their ideology and their aims? These are questions that have been asked about ISIS but, unfortunately, the answers have been mostly insufficient – i.e. stating only what happened, where, when etc. – or ideologically driven. In fact, I argue that the overall analysis of the crisis in Iraq and even in Syria, has been designed in a manner that avoids the structural development of ISIS, and that ISIS should be identified through understanding the occupation of Iraq.

If our aim is to provide critical answers to the questions posed above and understand the structural development of ISIS, we need to look, not only at the current crisis, but rather analysis must began with understanding the state structure [pre-ISIS] in Iraq that enabled the rise of groups such as ISIS. The post-occupation narratives on Iraq mainly focused on the so-called sectarian war, a civil war, Iraq's new democratic government, the rise of international terrorist groups in Iraq and Iraq's situation in the absence of the coalition group's "humanitarian project." However, when these issues are analyzed with a critical perspectives , one must acknowledge that this is mostly cultural analysis – i.e. sectarian perspectives – rather than in-depth political analysis.

Furthermore, in order to understand the so-called "sectarian" argument, one must study an in-depth historical analysis of regional politics. If we are to examine the region pre-1916 Sykes-Picot Agreement, we will come across a mosaic that was enriched through diverse cultural, social, political and ethnic elements, rather than conflicts. In fact, the very recent Arab revolutions that began in 2010 were a direct result of the structural deficiencies in artificial state building following the collapse of the Ottoman Empire. These states were built, precisely, to serve the imperial powers' agendas, hence the fishy character of the Sykes-Picot Agreement.

More specifically, the "sectarian" explanations for Iraq's conflict were based on an agenda that aimed at legitimizing the occupation and presenting it as another alternative to "terrorism" to legitimize the new governing forces in Iraq to claim power.

In the case of Iraq, thus, it becomes insufficient to explain the issue from a sectarian perspective. I argue that, understanding the Iraqi occupation has become crucial to understanding the issue today. Yes, of course, the U.S. and coalition forces occupied Iraq based on their interest, but if we are to look at the Iraqi side, we can see the ruling class and other fractions that benefited from the occupation because of their own correlating agendas. This agenda was precisely built on a class project, in other words, rebuilding the old social classes that existed pre-1958 revolution. The pre-revolutionary political system was based on a class structure that was governed by a parliament of landlords and hand-picked government supporters which seems very similar to the current situation. In this case, the Iraqi state, after the occupation, was designed in a way that, inherently, it would push forward for an ethno-cultural division, where every political leader would appeal to their own communities, i.e. Kurds, Shiite, Sunnis et cetera. Such structure was installed as a strategic measure to serve long-term U.S. interests.

Understanding the situation as such leads us to understand the rise of ISIS more accurately and the reasons behind their ability to accumulate such power. The first reasons concern the conflict between Prime Minister Nouri al-Maliki and governments in Sunni provinces. Secondly, there is a security dimension which needs to be taken into consideration. There is a level of distrust between the defense minister – or security apparatus – and those who are below him, as such that, he has broken the chain of command, precisely to protect his political power. More specifically, as a result of unemployment and poor economic conditions in Iraq, joining the army is seen as a means to earn living, rather than a nationalistic duty. This is precisely why we saw the images of Iraqi soldiers who left their uniforms and ran away from ISIS forces. People did not believe challenging ISIS was worth dying for. Being a soldier was seen as a form of employment, especially because Maliki followed such exclusionary politics. The third issue, which has been heavily publicized, arises from Kurdish Regional Government President Masoud Barzani selling oil through Turkey. There is a conflict of interests between the Maliki government and the Barzani camp over the Iraqi oil revenues and the budget. Such conflicts arose from the Maliki government, and the unwillingness of the Iraqi army to defend Iraq enabled ISIS to accumulate power easily during the power vacuum in Iraq. The resulting situation has made it easy for ISIS to continue its march toward Bagdad without facing much resistance.

In addition, ISIS, an offshoot of al-Qaeda in Iraq, is not homogenous. Rather, it is a heterogeneous force that includes ex-Ba'athists, unemployed youth, Pan-Islamists and Wahhabi jihadists, and is led by Abu Bakr al-Baghdadi. It is said to have approximately 5,000 to 6,000 fighters, mainly from Iraq, but also ideologically driven [or mislead] fighters from the region and across the world. While its ideology is portrayed as Wahhabi jihadist aiming to establish a caliphate in Syria and Iraq, it is not completely a homogenous entity. What has caused ISIS to gain momentum is precisely the reasons mentioned above, rather than its military capability.

There are two other points that must be added for the analysis to be complete. First, post-occupation Iraq was rebuilt in a way so that it would remain dependent on the U.S. for security and defense – meaning vulnerable when on its own – and thus, enabling the U.S. to maintain political pressure over the Iraqi government. Saudis supporting ISIS is precisely a result of them knowing this fact. In a way, they support ISIS to show their disapproval of the U.S.' attempt to reconcile with Iran. Maliki's secure position serves the interests of both the U.S., and also, Iran, which conflicts with the Saudi interests. The contradictory relationships are formed also, in a way, as a result of the U.S.' failed Middle East policy which was threatened by the powerful revolts from below. Thus, increasing instability and terror becomes a form of governance to establish necessary relationships to benefit U.S. interests in the region.

Secondly, there is Maliki's attitude toward the whole situation. Since 2013, Sunni Iraqis have been taking part in collective protests and resistance against him because of his aim to increase the Shia influence over the state. Maliki had the chance to reconcile with Iraqis after the elections, where he promised to establish law and order, however, he chose to use state terror, violence, and exclusionary politics against the Sunnis and the Kurds. Thus, Maliki did not have the support of his people to defend Iraq. ISIS's forces are capturing cities one at a time and marching toward Baghdad, Iranian drones are flying over Iraq, the U.S. army is now part of the conflict, there is no legitimate law or order to govern Iraq, yet, Maliki has not resigned.