Is peaceful co-existence possible in Iraq after Mosul? 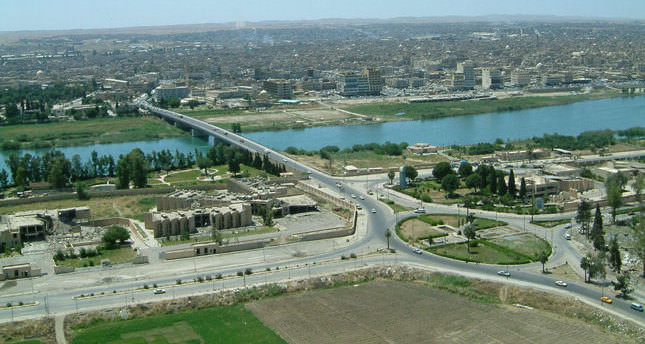 by Nezir Akyeşilmen Jul 18, 2014 12:00 am
A coalition of oppositions composed of resentful Sunni groups, former Ba'athists and the Islamic State in Iraq and al-Sham (ISIS) - or from its Arabic acronym as Da'ish - has been able to control most of the Sunni populated Iraq territory (except for the Kurdistan region), including Mosul, the second biggest city of Iraq, within a short time. Such a sudden contagion, shows on one hand, the weakness and ineffectiveness of the Iraqi central army and on the other hand depicts the coalition of opposition as an important and powerful actor that cannot be ignored in Iraq anymore. There are also signals showing that this de facto situation will remain for a long time and may even be permanent.

When the PM of the Kurdistan Regional Government (KRG) Nechirvan Barzani said that "it is difficult to be able to return to the order before Mosul in Iraq" in an interview on the BBC, he was most probably referring to this reality. The conflict which has become particularly violent is escalating in Iraq and transforming into an inhuman situation with casualties increasing day by day. Hate speech by Nouri al-Maliki and violent acts against Shia by the coalition under ISIS patronage have deepened the separation and conflict between Sunni and Shia Muslims not only in Iraq but also on the whole planet. Some regional powers have made great contributions both in design and ideology to this sectarian conflict. If this conflict is not resolved in a short time, all the regional countries will be negatively affected in terms of economic, social and political stability, particularly the actors that are trading with Iraq (essentially with the Kurdistan region), including Turkey. In such a case, regional escalation of a lasting, comprehensive and sectarian conflict is unavoidable.

The existing Iraqi constitution has unfortunately been drafted wrongly from the very beginning. It did not bring any new dimension apart from legalizing the de facto situation of the last Saddam era. Instead of projecting a pluralist and power-sharing democracy, the new constitution was based on majoritarian and power-centered democracy. This constitutional structure and the understanding of democracy have had a huge role in the ongoing and uncontrollable conflict since 2003. Consequently, the new leader Maliki, has started to play the Saddamism game. Based on the reaction to this neo-Saddamism, the conflict in Iraq is transforming from a severe crisis into a civil war. If a resolution is not found in a short time, I am afraid it will not be limited to Iraq.

Is it possible to restore stability and peace in Iraq in such a complicated equation just through power, violence and national-ethnic or sectarian interests?

This alternative is not viable anymore both for Maliki and dissident groups. Furthermore, it is difficult for the opposition coalition to give in, even if the Maliki regime gets enough support from the rest of the world. From now on, no one will win in Iraq by guns. Through this method (violence and power) the presence or the removal of Maliki from government will not resolve the conflict and may even exacerbate it.

The only way out for Iraq is a peaceful resolution, a negotiation process or conflict management based on comprehensive participation which is internationally supported. The cooperation based on goodwill between all social segments in Iraq, regional powers, global powers and international organizations, such as the Arab league and the United Nations, is necessary for successful conflict management. That means, all the local blocs such as the Shia Sunni and Kurdish Kurds need to come together and discuss a peaceful coexistence based on a pluralist and power-sharing democracy. It can be a loose federal or confederal state structure. All the regional countries that have direct or indirect ties with the conflict such as Turkey, Iran, Qatar, Saudi Arabia and Egypt need to participate in the process. If any of these powers promote sectarian or national interests, all will lose. Last but not least global powers such as the U.S., the EU, Russia and China need to be included in the process otherwise we will not face a solution but rather a deepened chaos in the region. During the process, the regional and global actors should not impose their own solutions on the Iraqi people but rather provide them with the consultancy for constructing a democratic Iraq. Such a process is extremely difficult, yet it includes the nucleus for sustainable peace and stability.

Since the conflict is political, its resolution also needs to be a political one, not military or violent. Barzani, PM of the Kurdistan Region, in his aforementioned interview also stressed the political dimension of the conflict and proposed an autonomous Sunni region similar to Kurdistan as a solution. In my view, this solution is right but inadequate. Not only Sunnis but also Shia people need to have their own autonomous region in order to keep Iraq united.