Return of the Caliphate? 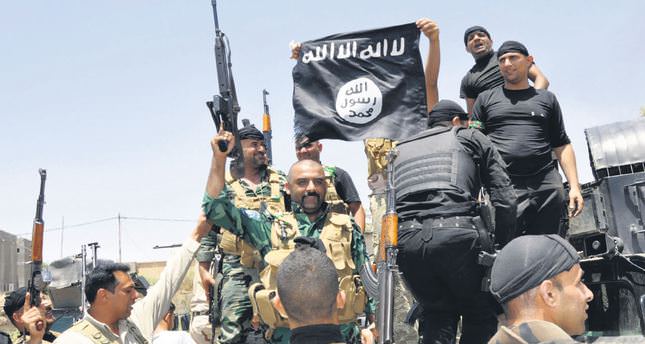 by S.Sayyid Jul 18, 2014 12:00 am
The declaration of a caliphate by ISIS on June 29, 2014 has perplexed and alarmed pundits and politicians both in the region and outside. The proclamation of the ISIS leader, Abu Bakr al-Baghdadi, as Caliph Ibrahim, has thrown up strange permutations of alliances and reapproachments, subverting the landscape of the region which seems to have been frozen since the Iranian revolution. The military successes of ISIS across the borderlands of Iraq and Syria has opened the prospect of an unexpected - if possibly temporary - convergence of interests between the Americans and Iran to halt the ISIS offensive. At the same time, the Saudis' ambivalent position toward ISIS has placed the Gulf state in a strange position.

On the one hand, it denies supporting the Sunni group but it allegedly allows private Saudi subjects to send money to them in order to halt what they see as increasing Shiite influence in the region; on the other hand it has deployed soldiers along its border because of concerns about the possibility that the violence of ISIS militants could spread to its own territory. A proper understanding of the impact of the declaration of a caliphate by ISIS needs to consider two separate but linked aspects: the attempt to form a new state, and designation of that state as being a caliphate.

Eighty years after Mustafa Kemal had the office of the Caliphate transferred to the Grand National Assembly the rumours of the return of the caliphate have become more present. Political movements like Hizb ut-Tahir, who seemed idiosyncratic in their ambition to install a caliphate have been joined not only by various other Islamists groups, but also by an increasingly visible segment of the global ummatic opinion. Conferences in various parts of Muslimistan have managed to attract large crowds. For example, some 100,000 people attended the conference held in Indonesia in 2007 calling for the return of the caliphate. Neo-conservative pundits and politicians have, in part, justified the "war on terror" as being key to prevent, precisely, the establishment of the caliphate. So is the picture of al-Baghdadi giving the khutaba (sermon) in Mosul the "return of the caliphate foretold? " The declaration of the caliphate reflects three main factors in the current landscape. Firstly, it has to be understood in the context of the conflict between ISIS and Al-Qaeda. The main contours of the dispute were the differences in strategy and ISIS's refusal to accept the leadership of al-Qaeda. While working towards the ultimate goal of establishing a caliphate, al-Qaeda has been scrupulous in describing the territories they came to control as being emirates - the idea being that the caliphate was yet to come. By declaring the caliphate, ISIS are clearly signaling their superiority over Al-Qaeda and attempting to gain leadership from al-Qaeda of the various jihadist groups, commanding that all Muslims pledge allegiance to the new Caliph. In this sense, the caliphate is part of an ideological struggle between al-Qaeda and ISIS.

Secondly, by declaring themselves to be a caliphate, ISIS are attempting to transform their position at the periphery of Syria and Iraq into a new center. The declaration of the caliphate allows them to articulate their own significance beyond the national boundaries that divide Islamic world, thus placing ISIS at the center of the world of believers.

Thirdly, the establishment of ISIS' control over parts of Syria and Iraq, is analogous to phenomenon that is fairly common in parts of contemporary Africa: that is, the emergence of warlordism in territories vacated by a failed state. The end of the Cold War, (with its guarantee of international borders), the inadequacy of the mukhbarat state to deal with external security threats and the American-led interventions have combined to create the conditions in which neither the government of Syria or Iraq are able to maintain a monopoly of violence over their territories. The emergence of ISIS's control over parts of Syria and Iraq heralds the emergence of warlords, sustained by revenue from precious resources as well as external funds. Al-Baghadi is more likely to be the first of a series of warlords, rather the harbinger of the caliphate.

What Al-Baghadi has done, however, is to recognize that the idea of the caliphate has not disappeared, that it is a powerful symbol, not so much for what it can do currently, but for the potential that it names. With the coup against Morsi in Egypt, the attempts to secure an "Islamic" state in the landscape of the existing nation-states and boundaries, has been shown to be a difficult project to achieve. Yet, there is a clear demand among Muslims throughout the world for structures of governance which are just, responsive and competent. There is also a growing recognition that given the predatory nature of the current world order vis-a-vis Muslims, there is a need for forms of governance that protect Muslims and strengthen their ability to make decisions about their lives. Such forms of governance cannot be confined to the current divisions of the world. There is a need for a global voice for the world's Muslims. The proclamation of the caliphate is a recognition of Muslim dissatisfaction with the current sitaution. The idea of the Caliphate, at its best, is a symbol that expresses such a transnational, post-Mazabi possibility. The thuggish brutal policies ISIS, however, are a betrayal of that ideal.