Our foreign policy is against any kind of sectarianism 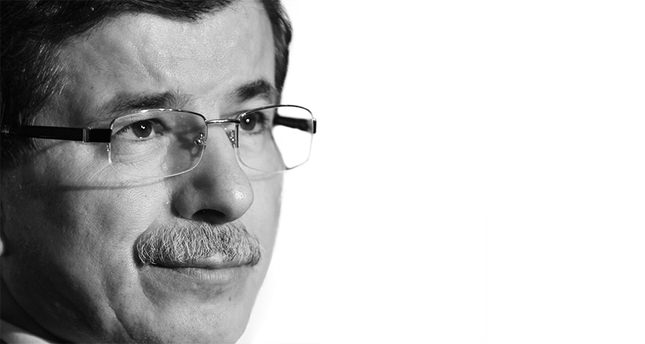 Turkey’s foreign policy has been opposed to the sectarianism in the region. When confronted by Sunni leaders such as Mubarak and Gadhafi, or others like Assad and Al-Maliki, Turkey will always choose to be on the side of the people and justice

The inherent potential of sectarian division reasserted itself in our region through the new atmosphere in the aftermath of the invasion of Iraq in 2003. Aside from the painful period in Iraq, new conditions in Lebanon after Hariri assassination and the post- Arab Spring transformation in Syria have further highlighted sectarian rifts in the region. We are unfortunately entering a period in which people define themselves by their ethnic or sectarian identities, mainly due to the fully or partially dysfunctionalized state structures in some of our southern neighbors. We can gather clues on the origins of the contemporary problems in our region by examining the policies of colonial powers after the dissolution of the Ottoman Empire, as well as nation-building processes conducted by post-colonial polities.

Empires are multiethnic and multicultural by nature. Given the fact that our region used to be the cradle of the oldest civilizations and religions, it is only natural that people from a myriad of ethnic, religious and sectarian backgrounds dwell in this region we call the Middle East. As the former sovereign of this region, the Ottoman Empire was a political structure including many cultural elements in accordance with the cosmopolitan nature of the region. After dissolution of the Empire, this cosmopolitan aspect continued to live within the boundaries of various nation-states in differing shapes in a natural manner. We observe different ethnic, religious and sectarian elements in many nationstates of the modern Middle East in varying degrees. A nation-state may have citizens from different ethnic, religious or sectarian backgrounds. What matters is that these citizens should be bound to their countries through equal citizenship. In order to realize this, it is imperative for the administrations of these countries to treat their citizens equally by providing their political, economic and cultural rights without any bias due to their identities.

Even though it may appear politically lucrative at first glance to conduct domestic and foreign policies based on ethnic and sectarian identities, longterm social and political results of these policies cause far greater damages. In acknowledgement of this problem, we stood against sectarian divisions in our foreign policy and strived to develop our relations with countries that have different sectarian backgrounds despite the upsurge of regional sectarian divisions after Iraq's invasion. During the last decade, many examples of our nonsectarian foreign policy can be observed in our actions toward Iraq, Iran, Lebanon and Syria. In this regard, the core of our policy is as follows: We asked the administrations of countries in our region to respond to the demands of their people.

In Iraq, there was an increasing risk of sectarian conflict since 2005. Turkey put bilateral and regional mechanisms in place to be able to tackle this risk. In order to be able to extinguish the threats emanating from Iraqi domestic tensions for our region and our country, we utilized our channels with different Iraqi groups to positively contribute to the formation of a domestic peace environment. In this context, institutional and personal relations were cultivated with various Sunni and Shiite groups. During visits to Iraq, all sectarian groups were contacted and none of these groups were excluded. Convincing Sunni groups to drop their initial refusal to participate in the political process in reaction to U.S. invasion and increasing Shiite activity was seen as an example of Turkey's positive contribution in both Iraq and the region. During the Iraqi elections in 2010, Turkey continued to espouse a nonsectarian stance and supported political coalitions comprising different groups. The validity of our policy is better understood in the hindsight of the unfortunate conditions of sectarian division currently engulfing Iraq. The etnically complicated situation in Lebanon along with sectarianism in the country led us to pursue a non-sectarian policy. Lebanon had bitter experiences in the past due to the mismanagement of relations between different ethnic and sectarian groups comprising Lebanese society. The post-Civil War stability in Lebanon began to unravel after the 2005 Hariri assassination. In this process, the inherent sectarian divisions of the Lebanese society began to reassert themselves in a forceful manner. During the same period, Turkey continued its contact with different Lebanese sectarian groups in line with the importance of Lebanon's stability for the region, and conducted efforts of mediation between different groups to overcome the crisis in forming a new cabinet in 2011. Political representatives from all sects were contacted in Lebanon similar to the policy pursued in Iraq.

We realized important bilateral and regional cooperative actions with Iran, one of the most important actors in our region. The 1979 revolution in Iran had a particular effect of effusing sectarian issues in regional policy discussions. The recent progress in the political, economic and social relations between the two countries can be considered as an important counter-example against the rhetoric of the Sunni-Shiite divide in our region. We also believe that Turkey, Iran and Saudi Arabia can play a very important role in preventing sectarian divisions in Iraq, Lebanon and Syria. We told our Iranian counterparts in our various meetings that Iran should play a constructive role in thwarting the sectarian clashes in our region. It is imperative for important regional countries such as Turkey, Iran, Saudi Arabia and Egypt to work together to prevent such clashes.

The course of Turkey's relations with the Syrian regime during the 2000s is an indicator of our principles shaping our foreign policy away from ethnic and sectarian differences and based on political, economic and cultural interaction. In our relations with Syria, we always advised the Syrian administration to respond to the demands of their people, including different religious and sectarian elements. Despite various criticisms, we endeavored to foster good relations with the Syrian regime even as they were under difficult conditions and various isolations. Sectarian differences did not prevent us from developing good relations. However, as a part of the regime's nonresponsive attitude to people's demands in the aftermath of the Arab Spring and its determination of a narrow sectarian policy, Turkey's pleas to consider people's demands were abused by the Syrian regime and some other actors. Turkey's policy approach toward ousted Sunni leaders such as Zine El Abidine Ben Ali, Hosni Mubarak and Moammar Gadhafi during the Arab Spring and other leaders like Bashar Assad and Nouri Al-Maliki is no different. In the case of all these leaders, Turkey always advised them to respond to the demands of their people.

Due to sectarian divisions which gained ground after the invasion of Iraq and was further kindled by the oppresive response against Syrian people's demands, our region resembles a neighborhood ablaze. We drew attention to this danger in the absence of response to the people's demands and invited regional countries to cooperate. Even though this fire is currently underway in our region, we should act together hand in hand with all people of the region and perform our common duty as the inheritors of a practice of coexistence dating back thousands of years to prevent further extension of this problem.
Last Update: Jul 19, 2014 1:31 pm
RELATED TOPICS