Myanmar: The land of lost hope 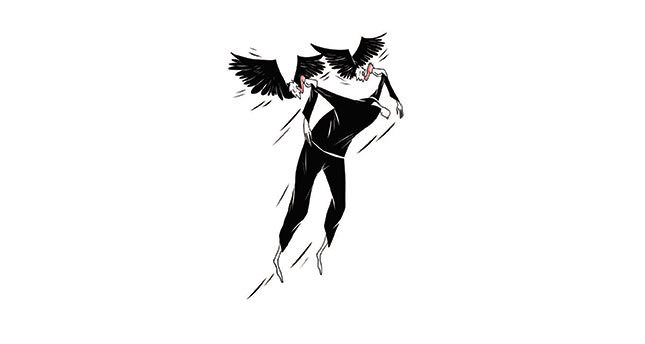 by Mahmut Aytekin Jul 21, 2014 12:00 am
Wirathu, a 45-year-old extremist Buddhist monk who labels himself as the "Buddhist Bin-Ladin" stated recenty that "In every town there is a crude and savage Muslim majority." A new form of "militant Islamophobia" is being born within the green tropical lands of Myanmar, with Wirathu being behind most of it. As a researcher working for a humanitarian aid organization and currently in the region, I can say things don't seem very bright here.

To understand the current conflict situation within the Union of Myanmar, one must understand the 2012 Meiktila riots. Meiktila, a region of Myanmar found approximately seven hours away from the former capital city of Yangon, holds approximately 30,000 Muslim families, most not possessing permanent jobs and left starving due to a nationalist campaign that has been started to boycott Muslim businesses throughout Myanmar, with Wirathu again the driving force behind it - and partnering with the Myanmar government in the crimes that he's committing.

A Physicians of Human Rights reports suggest, through eye witness accounts, that an argument in a gold store on March 20, 2013 had set off the spark for the massacre that was to take place for the next three days, resulting in more than 1,500 Rohingya Muslim homes being set on fire, more than a dozen mosques being destroyed, three Muslim schools known as madrasas at which Muslim youngsters are educated being attacked as four teachers and 20 young children were murdered savagely and another 100 Muslims viscously killed with butcher knives and machetes.

Local sources articulate that immediately after the outcry of the international community and institutions to the Myanmar government, shocking legal proceedings began against Muslims regarding the gold shop incident - though the conviction was not made on the collection of any evidence, nor was it made on the basis of any legal rulings.

Also, it is surprising that no fanatical Buddhist monks were convicted of murder or any other crimes. I'd like to highlight the word fanatical here as all followers of a religion cannot be scapegoated for the crimes and sins of a radical and extremist minority.

I had just seen the situation in Meiktila myself while gathering data and delivering humanitarian aid to the needy among both Muslims and Buddhists. The situation is intensifying as days pass by. Muslims have been displaced from their homes and are left to migrate to other cities and neighboring countries. A grave image was seen as a university campus named "Darul Uloom Arabic University" was converted into a refugee camp hosting more than 350 families.

I was told by a local NGO and human rights representative that currently, each week five Muslims are killed and 10 families are left displaced from their homes, resulting in the number of families migrating to the camps increasing with time. According to local statistics, approximately 10,000 Muslims have gone through both this camp and three others that are controlled by the Myanmar government and situated in Meiktila. Also, a one-hundred-year-old historical Turkish mosque was destroyed during the Meiktila massacre.

The population of Rohingya, homeat to about 1 million, has been suffering discrimination for almost two decades. U.N. reports describe them as being "one of the most persecuted minorities in the world." The Myanmar government strongly denies the genocide that took place, to the extent of denying news reports from various news agencies including the Associated Press, claiming the media is being biased to the situation, and the only attacks that had taken place were done by Rohingya Muslims toward the Myanmar police force. U.N. and various other international NGO reports prove otherwise. Reports from local eye witnesses have proven that at least 48 Muslims were massacred in northern Myanmar.

An NGO representative whose name will not be disclosed had mentioned "at least 300 Muslim civilians had died, though this is only the tip of the iceberg which we could see. Many Muslim civilians had died drowning while trying to escape the massacre by going to Bangladesh for refuge by sea." A high-up Turkish official had summarized the situation: "Twenty years ago an apartheid had taken place toward the African minority in South Africa, today the Palestinians are being targeted by the Israeli government, though the situation in Myanmar is worse by far, as the Muslim population here cannot protect themselves, this is currently one-of-a-kind in the world."

While speaking of the conflicts in the Union of Myanmar, one cannot overstate the current situation in the state of Arakan. The region of Arakan is one place in which international NGOs have a very hard time accessing. This is due to Buddhist nationalists having set up "an NGO watch" in which NGOs are targeted, regardless of where they are from or their skin color. Just last year, humanitarian aid was blocked from going to the camps as Buddhist nationalists were posted at various junctions that humanitarian aid trucks and vehicles were passing by. A looting frenzy took place against anyone trying to help the Rohingya population, including the U.N., with both their offices and vehicles being destroyed, forcing the U.N. to relocate and move their offices within the green safety zone in Arakan. At the moment, there is no conflict in Arakan, though the tensions between the local community and Rohingya Muslims are still continuing. Due to security issues, humanitarian aid cannot be stored at a single location and must be spread out between several locations. Local statistics suggest humanitarian aid is reaching about 127,000 people, but sadly, on the downside, 4,000 people are still left to starve.

The current socio-economic situation within Arakan and other Muslim regions does not give a positive impression. Muslims, due to the tragic events that have taken place, have been left to leave their townships and migrate to other locations including Dala and Tawkhayanlay and finally a "camp city" consisting of four mini camps - Dbai Manzi, Ohm Daw Fiyi North, Sdamati and Ohm Daw Fiyi South, which hold approximately 7,900 families. Due to a lack of funding from the Myanmar government, the current situation forces the oppressed Rohingya population to sell half the humanitarian aid they receive at local markets and the city center. In addition to the current locations of the camps, which are far away from the city center, the individuals within the camps are generally made to work hard labor and don't have permanent jobs. They are usually paid about 2,000 to 3,000 kyats (TL 4.37 to TL 6.55) a month, which is equal to approximately $2 to $3.

Urgent action is needed by the Myanmar government and the international community in order to improve the current situation of the Rohingya. In my opinion, solutions to the current situation can be divided into two levels - domestic and international. On a domestic level, a political platform should be formed by regional Muslim NGOs in order to communicate the ideas of the Muslim minority to the Myanmar government and vice versa and mediate necessary negotiations. Secondly, an urgent summit should be formed with Myanmar humanitarian aid NGOs to figure out solutions to the current crisis, focusing on issues such as unemployment and education within the Rohingya Muslim population. Thirdly, more dialogue is necessary between Muslims from the city and rural areas, and also with Buddhists.

Lastly, the Myanmar government has to immediately issue identification cards to the Rohingya population. As Amine Tuna Ertürk, a researcher of Muslim minorities in Asia pointed out, 3 million Rohingya Muslims were counted "non-existent" in the nationwide census of Myanmar and are not on the official records. On the international level, international institutions including the Association of Southeast Asian Nations (ASEAN) and the U.N. should pressure the Myanmar government into controlling the Buddhist extremist 969 Movement, which is responsible for displacing thousands of Muslims and Buddhists from their homes.

Reforms should immediately be pushed forward in order to cure the current situation along with possible international sanctions and trials for whoever is responsible for backing terrorist organizations in Myanmar. International humanitarian aid organizations such as the Turkish Humanitarian Relief Foundation (İHH) and the International Refugee Rights Association should help with the humanitarian diplomacy taking place between the Muslim population and the Myanmar government. As stated earlier, tensions are still continuing between both communities. Immediate action needs to take place because if action is not taken, humanity, regardless of race, color or religion, will fail one of its most crucial tests of democracy to date.