‘Fragile States Index 2014’: Is the world getting any better? 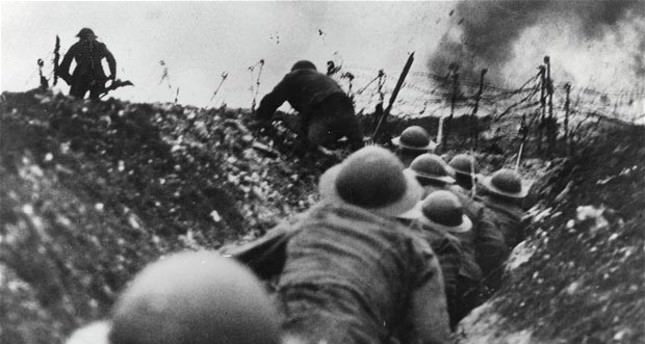 by Serdar Çelebi Jul 22, 2014 12:00 am
According to the Human Security Report of 2007 published by the Human Security Group Project, although the number of wars has declined since the end of the Cold War, the nature of armed conflicts has changed. Since then, most armed conflicts that have been fought have been within states with civilians often being deliberately targeted. As a result of that the number civilian casualties have been increasing. The Fund for Peace is a Washington, D.C.-based think tank that has been publishing an evidence-based conflict research index, the Fragile States Index, for 10 years in order to foresee conflicts around the world.

If we look at the Fragile States Index's map, what we see are colors lined up from red to green. The red represents the most fragile; the green represents the most stable or the least fragile. The index's name was changed to the "Fragile States Index" this year. 178 countries have been categorized based upon 12 political, social and economic indicators that are; Demographic Pressures, Refugees and IDPs, Group Grievance, Human Flight, Uneven Development, Poverty and Economic Decline, Legitimacy of the State, Public Services, Human Rights, Security
Apparatus, Factionalized Elites, and External Intervention.

According to the data collected using those variables, South Sudan is the most fragile country and Finland is the least fragile or the most stable country in the world. The 10 most fragile countries respectively are: South Sudan, Somalia, Central African Republic, DR of Congo, Sudan, Chad, Afghanistan, Yemen, Haiti and Pakistan. The 10 least fragile countries are: Finland, Sweden, Denmark, Norway, Switzerland, New Zealand, Luxemburg, Iceland, Ireland, and Australia. One can assume that countries with democratic governmental systems are more stable and vice versa.

There are a few other highlights; for example, Somalia has been replaced by South Sudan, the world's newest country which won its independence in 2011, is still struggling with ethnic civil war. Max Fisher, a Washington Post columnist, explains the reasons for the civil war as underdevelopment, conflict among ethnic groups and increased political tensions within the government. The situation in the Central African Republic is categorized as the most-worsened, followed by Syria and Libya. The success of nuclear talks between Iran and the United States has helped Iran to improve its ranking in the Index. Iran is in the top part of the most-improved countries list followed by Serbia and Zimbabwe.
Although publishing such indexes and reports are good ways to capture public attention, the methodologies of such evidence-based conflict researches have also been criticized. Edward Newman, in his 2009 journal article published in Civil Wars, titled "Conflict Research and the 'Decline' of Civil War," argues that countries are unique in their natures. Even though the same variables for different countries can be applied, the conditions differentiate among countries. He further argues that "no methodology allows for a reliable analysis of the relative weight of different variables across different cases, or across time, or the nature of the interactions amongst variables in different circumstances." Research reports and indexes like the Fragile States Index are becoming more popular in order to predict conflicts before they occur. They are also really helpful to policymakers to create and to implement country policies for fragile or failed states.