Presidential elections in Turkey – the end of an entrenched state ideology? 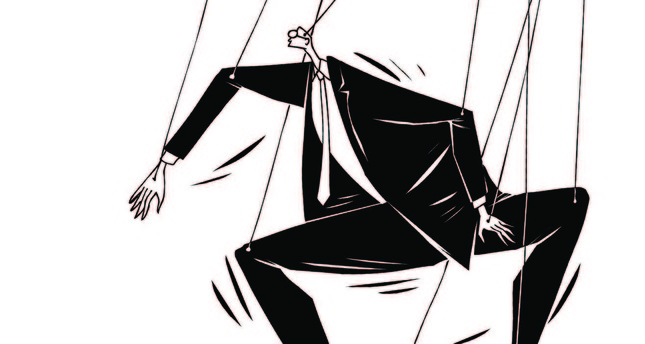 by Erkut Ayvazoğlu Jul 25, 2014 12:00 am
It is a fundamental challenge to say that Turkey is facing a "bloodless or silent revolution" in which all the (secular, nationalist) Kemalist elements of the state are gradually being abandoned by the AK Party government. But can we accept this suggestion as true? The question has to be analyzed not just by concentrating on the AK Party but with an emphasis on the upcoming presidential election in Turkey.

Turkey's post-2002 period witnessed revolution-like changes in various fields, which are generally addressed in depth by many scholars. For the implementation of all the reforms in the last 12 years, the non-Kemalist Turkish majority did not go on streets against military coup attempts or secularist regulations towards the predominant Muslim/conservative majority (as it was the case on Feb. 28, 1997), which was on the other hand supported by large secular groups who went out on to the streets and held protests in favor of the "status quo" (as it was the case during the presidential elections in 2007 which culminated with the so-called E-Memorandum on April 27, 2007 by the Turkish Armed Forces). But, the preference of democratic means, such as democratic parliamentary elections, made it possible – despite additional judicial obstacles – for fundamental changes to be achieved gradually. It needs to be taken into consideration that outside factors such as the European Union and the related legal improvements or the successful fulfillment of new economic approaches were also of great importance.

But today, as Turkey is entering a new era in which the Turkish President is going to be elected directly by its citizens, and not by the Turkish Parliament as was the case in the near past until 2007, conditions have changed. First of all, the question arises whether the autocratic, secularist and nationalist state-imposed approach, Kemalism, has reached its final status with regard to the upcoming presidential election? Does anyone believe in Kemalism anymore?

There are three candidates who will run a presidential campaign until Aug. 10, 2014, when the first round of the presidential election is scheduled to take place. Prime Minister Recep Tayyip Erdoğan's announcement regarding his candidacy on July 1 as the final choice among of all three candidates, was not a real surprise in contrast to Ekmeleddin İhsanoğlu, former Secretary-General of the Organization of Islamic Cooperation (OIC), the candidate of the two main opposition parties, the secular, Kemalist and "socio-democrat" Republican People's Party (CHP) and far right Nationalist Movement Party (MHP). It is no secret that CHP-voters were shocked when they heard who was selected as their candidate. Despite an initial irritation regarding CHP's decision as the oldest political party of a secular Turkey and its entrenched dedication to the teachings of Atatürk, it seems obvious that deciding on İhsanoğlu, who eventually represents a conservative Muslim intellectual profile – and not a Kemalist one – has one pragmatic reason: Namely, the main goal is to win the much-needed votes of the conservative Turkish majority. Nevertheless, there have also been some inner-party dissident voices along with various other CHP-sympathizers on social media who wrote in frustration: "I will definitely not vote for İhsanoğlu. Why did the CHP not prefer a real Republican and a Kemalist as a candidate? Where is now the difference between the AKP and CHP?" Despite the fact that there are huge differences between the professional politician Tayiyp Erdoğan and Ekmeleddin İhsanoğlu, similar tweets and Facebook posts were popular and common on social media on June 16, when İhsanoğlu's candidacy was announced by the CHP and MHP leaders.

To calm down those frustrated Kemalist voters, Ekmeleddin İhsanoğlu preferred to kick off his campaign with a visit to the tomb (mausoleum) of Mustafa Kemal Atatürk in Ankara. He also visited the tomb of İsmet Inönü, which is generally a less preferred move as İnönü was rather popular within CHP circles alone while he had no real popularity in conservative and nationalist circles. Whether İhsanoğlu will be praised by the conservative majority of the country for similar moves as well, is an open question that will definitely be answered on Aug. 10.

However, the interesting and most fundamental point here is that there are eventually no (original) Kemalist candidates running for the presidency of the Turkish Republic. This is a fundamental change in Turkish democracy and an indirect admission by secular and Kemalist parties: There are no Kemalist figures who can run for the presidency because they have no chance at defeating the conservative candidate Erdoğan. The notion that Kemalism is no longer preferred even by the so-called Kemalist parties who represent the state entrenched ideology, is a watershed in the history of Turkish democracy. Moreover, it is not a secret that in the near past, all media outlets, the judiciary and, above all, the politicized Turkish military were the main powers who made efforts to impose a Kemalist president to balance the government in the Turkish Parliament. This was the case in 2007, when the Turkish Armed Forces attempted to block the AK Party's candidate, Abdullah Gül. However, it seems that all these powers have now recognized, that those steps were useless in the long-term and consequently it seems that the main "democratic means" and change is rather preferred.

Another interesting point concerns the fact that despite Ekmeleddin İhsanoğlu, the joint candidate of the CHP and MHP along with three other non-parliamentary small parties, the main identities of the three candidates are on the one hand the "religious/conservative" identity of Erdoğan and İhsanoğlu, and on the other hand the "Kurdish identity" of Selahattin Demirtaş, the candidate of the left motivated Kurdish nationalist HDP (People's Democratic Party). As Dr. Vahap Coşkun pointed out some days ago with regard to these circumstances:

"There are three candidates for the presidential elections. Two of them are the representatives of the pious and the Kurds, who are excluded by the Kemalist regime. Of course, Erdoğan has more than one identity, but he is ultimately representing and trying to bring a conservative-pious identity to the presidential palace (in Çankaya) and Demirtaş represents the Kurdish identity. Regarding the founding ideology of the Republic; it does not have a Kemalist candidate. Even a party which claims to be Kemalist has to accept a non-Kemalist candidate. While those excluded from the center of the Kemalist regime come to the center and change the regime, the representatives of the regime (CHP) has no strength to compete in a democratic race. Even this shows how deep-rooted the current change in Turkey is."

But what will the frustrated Kemalist voters, who neither support Erdoğan and Demirtaş nor accept İhsanoğlu as the representative of the Kemalist ideaology, ultimately do on Aug. 10, 2014? With regard to this interesting question, political scientist Professor Cemil Koçak already stated - a few days after the announcement of İhsanoğlu's presidential candidacy - the following predictions:

"Do not overrate the shockwave and frustration of CHP voters regarding the common presidential candidate (Ekmeleddin İhsanoğlu), because CHP voters ultimately support the candidate announced by their part, as usual. Not because it comes from their heart, but because they are desperate and have no other choice. In this sense, I think that it is a political success that the CHP and MHP were able to agree on a common candidate. However, the identity of the oppositions' candidate is a confirmation which is an indication that even the CHP is finally accepting Turkey's reality. In the future, besides the results of the election, such a turning point will definitely be written by historians!"