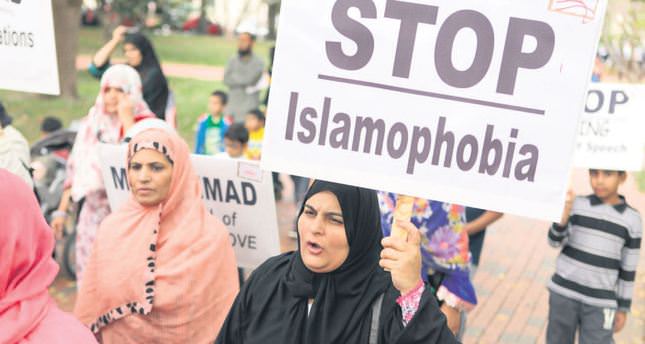 by Hatem Bazian Jul 28, 2014 12:00 am
Recent events in Egypt, Tunisia and Turkey have unearthed deep-seated Islamophobic attitudes among a sizable segment of the population claiming the "nationalist secular" mantel and asserting the exclusive "sacred" right to undemocratically contest power on this basis. Each of these states and others in the region have their own historical specificity. Nevertheless the common thread at present is the re-emergence of a distinct anti-Muslim and anti-Islamic attitude that conflates contestation of political policies and programs with its supposed origination in a "backward" and "religiously authoritarian" paradigm located in a distant "pre-modern" system. According to this belief Islam itself is the problem, as well as anyone epistemologically identified with it. In this context, Islam is viewed as "backward, traditional, irrational and opposed to modern civilization, the same attitudes and perspectives held by the colonial powers in the not-so-distant past and contemporary Islamophobes in the West.

The purported spokespeople have recycled every negative orientalist trope directed at Islam and Muslims over the past 250 plus years. However, in the process of attacking Islam they end-up inserting themselves as the true guardians of "democracy," "modernity" and "rationality" opposed to the Islamic-oriented political parties that have won elections across the region and in the three countries mentioned above. How should we understand this phenomenon and what are the impacts on the local and international levels at a time when Muslim "otherness" has become a norm in Europe and the U.S.?

The emergence of Muslims in the political sphere has caused a disruption in the forum and structure of the modern nation-state in the post-colonial Arab and Muslim worlds. The ontological assumption in the modern Muslim nation state is that religion has no role or if it does then it is must be subsumed under the secular and subject to its hegemonic and epistemological limitations.

The theory and concept of the state for the secularist is an imitative one and must follow the "universal" norms set in European models with a profound hostility toward religion due to real experiences with the Church in the past. Furthermore, the emergence of the modern nation state in Muslim majority regions was set in motion under a colonial and anti-Islamic framework whereby Muslim history was stigmatized and cast as a distant relic not suitable for contemporary and "progressive" formations.

The idea that Islam is a relic, anti-progressive and not fit for inclusion in the "modern nation state," is a foundational thesis and present in colonial discourses, as well as being constitutive and productive for the "secular state" in Muslim majority countries. To be "modern" meant to take an anti-Islamic perspective to demonstrate a break with the "regressive" past. Elites in Muslim majority nations, who were educated and internalized in Western epistemologies, problematizing Islam and assigning its causes of decline and backwardness ended-up constructing a "modern state" embedded in an anti-Islam "secular theology" while building walls of structural exclusions to keep out "the barbarians" at the gates of civilization i.e. the Muslim political subject.

Orientalist postulated that the cause of decline and lack of progress in Muslim majority states was Islam and its followers' adherence to despotic modes of governance as well as an inability to think "modernly" and "rationally." The Muslim "elites" educated in the West and set loose to re-create the modern nation state in light of the existing thesis adopted these notions and incorporated it into the state structures. Modern Muslim nation-states were imitative, colonial and anti-Muslim with an enforced despotic and undemocratic secularity. Yes, Islam, as a cultural identity, was allowed in civil society but was put under extreme controls and relegated to ceremony and distorted notions of "traditionalisms" and "spirituality" emptied of meaning and agency.

Could Muslims develop a program reflecting their perspectives with agency on important matters including Islam's role in their own societies? At the heart of this issue is an attempt to contest Muslim political agency and the ability to construct a different and independent narrative than what was ascribed to them in the colonial and post-colonial periods. If the world is Eurocentric, which it is, and stipulates that Muslim nation-states must be, according to this view, constructed on the basis of on an anti-religious foundation, Muslims can be politicized only in Eurocentric and colonial terms. In this regard, Islam's role in the nation-state is measured in relation to European experiences. The church and Muslims entering into the "modern" must adhere to the Eurocentric prescriptive and normative paradigm for the state.

In the case of Turkey, opposition to the AK Party and its success in governing can't be simply explained away due to dissatisfaction with political programs, a valid and correct view, if it is rooted in policy differences. However, the language and content of the opposition's discourses is Islamophobic in nature as it focuses on the supposed defective Muslim genes that produce backwardness and anti-modernity discourses. Never mind that modernity is never problematized or analyzed as well as Eurocentric universals are taken for granted without contextualizing the specific history that gave birth to them in the first place.

Modernity and Eurocentric discourses can't be taken as universals for they represent a specific context that gave birth to a range of political expressions. Indeed, one can access these experiences but not as the sole normative and universal, but rather as part and parcel of a diverse set of global expressions that maybe utilized to understand, compare and when appropriate use.

The focus is on the image of Islamic party members, the supposed backwardness of the headscarf, beards, incoherence of their language and, more critically, the supposed uncivilized and unrefined "humans" they appear to be in public gatherings: all originate in a colonial and Eurocentric thesis concerning the supposed Muslim otherness. The focus is not on policy debates or differences but on Muslim subjectivity with all the problems contained therein. One can take issue with policies and I do have a profound problem with neo-liberal economic programs that are utilized by Muslim political parties and the acceptance of a military industrial complex type of economies coupled with "war on terrorism" discourses against opposition. These are not rooted in Islam per say but represent policy formation and ideas that can and should be debated vigorously.

Democracy and elections for the secular elite are valid only in so far as it keeps Islam out and any Muslim asserting agency based on deeply held epistemologies that uniquely are his/her own. The "secular theologians" maintain that Muslims who assert agency in contesting politics on a democratic basis must be opposed and frustrated, otherwise if they succeeded, will manage to bring the "traditional backwardness" into the "modern-rational-progressive" and in doing so will bring the positivist state to an end.

Furthermore, the Muslim who arrives at power through democratic means is not to be trusted for his/her ultimate political goal is to recreate the backward, despotic and irrational past. Thus, the argument goes, the Muslim must be prevented from disrupting the progressive march toward the modern and civilized, saving democracy from itself by urging and supporting military interventions to safeguard the anti-Islam secular post-colonial project.

The public debates in Egypt, Turkey and Tunisia as well as other Arab and Muslim majority states has taken a most profound turn toward Islamophobic discourses, which locates the differences in Islam itself. In taking this track, participants have provided ample source material for the global Islamophobic industry since the statements and perspectives emerging from the local context in each state are recycled in the West to illustrate the veracity of negative claims made against Islam and Muslims. What we have in here is that Islamophobic content originating in the West from the past is utilized by internal secular forces to contest civil society after failure in governance, which is then recycled back to Western Islamophobes.

We must disrupt this pattern and agree to settle policy differences and contest elections on the basis of political programs that focus on how best to improve society. Furthermore, the secularist practiced exclusion against Muslim political subjects was painful and had a long duration; however Muslim political parties should not work to replicate and re-enact past experiences. Muslim political parties have the best opportunity to act magnanimously and work for a future that includes all in the pursuit of a just and equitable society. Elections and democracy produce winners and losers but Islamically grounded leadership produces nations and civilization: let our energies be directed at collectively building the ummah regardless of winning or losing elections. Islamophobia is real and deadly, which can't be addressed if Arab and Muslim majority states continue to replicate the destructive discourses that problematize Islam and Muslims internally that feed into the global phenomena.