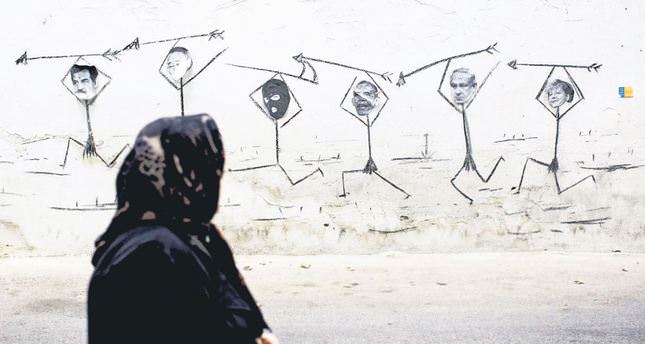 by Mohammad Pervez Bilgrami Aug 05, 2014 12:00 am
The battlefield gains of the Islamic State of Iraq and al-Sham (ISIS) militant group in Iraq remind me of a discussion I had with Iran's ambassador in India Gholamreza Ansari at a university where he gave a lecture on his country's foreign policy.

Most of his presentation revolved around Syria, Iraq, Bahrain and Afghanistan in which he tried to defend the sectarian foreign policy of Iran using connotations such as democracy, axis of resistance, the Palestinian cause and terrorism.

The ambassador defended Iran's interference in Iraq and support for the sectarian Nouri al-Maliki government in the name of democracy. According to him, Iran could not do much to force Maliki to rectify his actions because the Iraqi people had elected him.

When it came to Syria, the profound Iranian respect for democracy was nowhere to be seen. He had defended Bashar al-Assad's Baathist regime in the name of supporting an "Axis of Resistance" against "terrorism." He justified the Assad clan's Alawaite dictatorship stressing that the Syrian leader's wife is Sunni and 80 percent of ministers in the Syrian government belong to Syria's majority Sunni community.

Perhaps the Iranian ambassador forgot that Bashar's uncle Rifat al-Assad, famously known as the Butcher of Hama for his role in the massacre of 1982, is married to Raja Barakat, a member of the Sunni establishment, but that did not make him civilized.

Let's not forget Princess Fawzia Fuad of Egypt, a Sunni, was married to Shah Mohammad Reza Pahlavi of Iran, a Shiite royal. Such marriages cannot be cited to provide legitimacy to ruthless dictators and despotic monarchs.

As for Assad's Sunni ministers, it must be pointed out that officials in an authoritarian system are more loyal to the dictator than to their country, sect or religion.

On Bahrain, the Iranian ambassador said Saudi Arabia and United Arab Emirates were harming democracy in the tiny Gulf state by not listening to the majority voice. There is no denying the fact that Bahrain's Shiite community has genuine grievances and internal reforms must be carried out so that both Sunnis and Shiites can share power and live peacefully, but Iran is better off not using the issue for its regional dominance.

The Iranian ambassador's vague justifications illustrate Iran's too-clever foreign policy where its national interests are tied with the expansion and consolidation based on its sectarian mindset.

Since the Ayatollah Ruhollah Khomeini-led revolution in 1979 , Iran has consistently pursued a Shiite-consolidation foreign policy, first under the guise of exporting the Islamic Revolution, partially succeeding in its early phase as the masses in the Muslim world were looking for the emergence of a truly independent Iran free from the clutches of the U.S. and Soviet Union.

Due to the infamous principle of "neither East nor West" foreign policy, the inheritor of the revolution found many sympathizers in the Muslim world. At the end of the Iran-Iraq war in 1988, in his celebrated remark, Khomeini said that Iran's war reconstruction must be done without "criminal Soviets and world-devouring America."

Later on Iran tilted first toward the Soviet Union and afterward to the Russian Federation and forged an alliance with Russia. This alliance was further nurtured in the first decade of the 21st century and strengthened in the second decade, especially in the wake of the so-called Arab Spring in early 2011.

US invasion of Afghanistan and Iraq

Iran not only welcomed but actively supported the US invasion of Afghanistan and excitedly participated in US-backed international efforts to establish a new Afghan government in Kabul. Later it played a significant role in the US invasion of Iraq and shaped the post-Saddam Hussein political atmosphere with the US. Though the alliance between the "Great Satan" and a member of "the Axis of Evil" was more or less hidden from broader media and public discourse it's agenda is now out in the open.

Iran welcomed the inception of the "Arab Spring" and defined it as the long-awaited Islamic awakening. Iranian leaders hailed the mass uprisings and the ousters of long-ruling dictators in Tunisia and Egypt, but when the mass awakening reached Syria, Iran changed its definition and termed the Syrian people's quest for freedom as terrorism. Iran vehemently opposed the Saudi-led Gulf Cooperation Council (GCC) intervention in Bahrain but used its military and proxy militia to defend the Maliki and Assad regimes.

Such actions have discredited Iran in the wider Muslim world and exposed its leaders to serious charges of hypocrisy.

Iran is viewed very negatively in the Middle East. From Egypt to Turkey and from Tunisia to Palestine, Iran has lost its reputation. Among Palestinians, Iran's support has dropped from 55 percent in 2007 to 33 percent in 2014, according to a Pew Research poll from its Spring 2014 Global Attitudes Survey. This is despite Iran being a vocal supporter of the Palestinian cause and a key backer of Hamas in Gaza.

The annual Quds Day organized in Iran on the last Friday of the holy month of Ramadan, an event started after the 1979 revolution to express solidarity with the Palestinian people and oppose Israel's occupation of Jerusalem, has also lost its aura.

Still, Iran's arrogant leaders are not ready to get off their high horse. Alaeddin Boroujerdi, chairman of the Iranian parliament's national security and foreign policy committee has claimed, "We have won in Syria and the regime will stay."

Iran may have won in the short-term in Syria, but let's not forget that similar claims were made in Iraq and we can see what kind of disasters followed. Iranian policies have contributed a lot in the emergence of ISIS. Unless Iran is willing to carry out a significant policy correction, it will be a big loser in the long run.